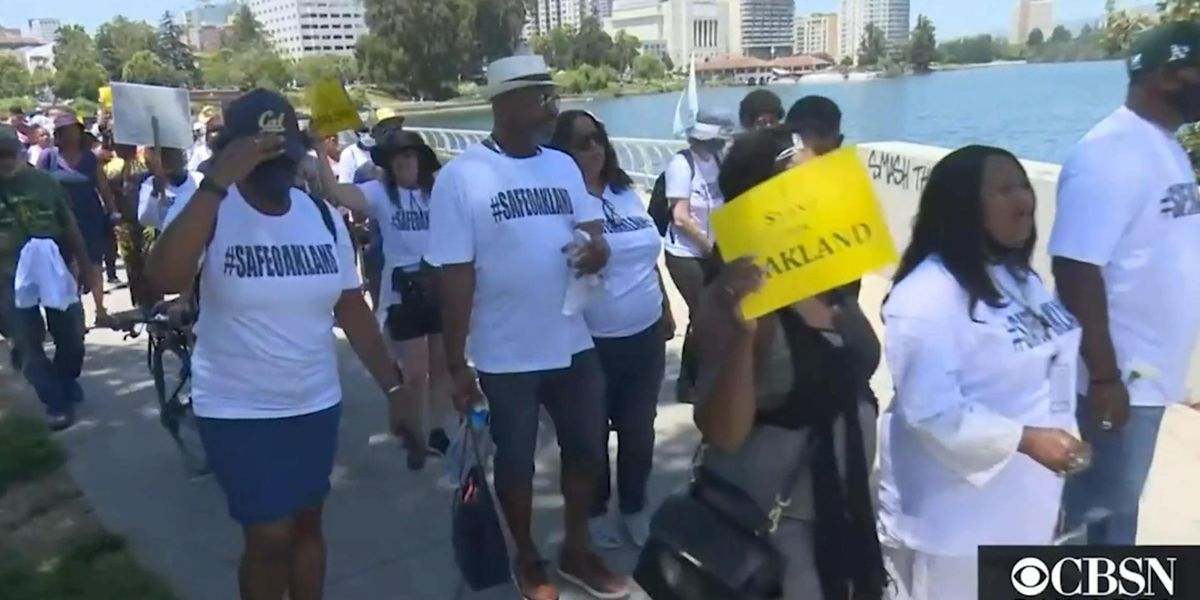 Just weeks after Oakland lawmakers voted to slash funding from the Oakland police department, a reporter witnessed what he called a “surreal” moment in Oakland on Saturday — black families rallying to support police while “mostly white” Antifa protesters demonstrated against police.

Led by Oakland police chief LeRonne Armstrong and other community leaders, city residents angry over violent crime gathered Saturday for the “Stand Up for a Safe Oakland” rally.

Journalist Lee Fang of The Intercept reported on the “surreal” scene of the rally.

“Surreal moment in Oakland. About 200 mostly black families rally with police to call for an end to the epidemic of gun violence. Mothers at the stage mourning recently murdered children. In the back, less than a dozen mostly white antifa protesters assembled to jeer them,” Fang reported.

Surreal moment in Oakland. About 200 mostly black families rally with police to call for an end to the epidemic of… https://t.co/W6Tdg7O8UN

One video from the rally captured older black residents confront the protesters. When the Antifa protesters claimed police are responsible for the deaths in Oakland, the black rally-goers erupted.

“Dramatic confrontation before I got there,” Fang explained of the confrontation. “A lot of the anti-violence activists from East Oakland said they were disappointed in the white anti-police antifa protesters, said they seemed close minded and disconnected from the actual violence in the city.”

Armstrong also addressed the Antifa protesters in his remarks at the rally.

“You can shout from wherever you come from,” he said, KPIX-TV reported. “It don’t matter to me because I’ve lost people as a result of gun violence. So you can’t tell me what this day is about.”

“The fact of the matter is, far too many people are afraid to come outside,” Armstrong said. “Our seniors can’t walk to the store. Young people are dying at an alarming rate. If you can’t stand up for safe Oakland, what do you stand up for?”

Why did city leaders they slash funding?

Oakland — which is run by a Democratic mayor and an all-Democratic city council — voted to “strip $17.4 million in funding from the Oakland Police Department and direct the money toward other programs,” according to KPIX.

Councilmember Dan Kalb said that, despite increased violent crime, the city should “focus on our violence prevention, affordable housing, our homeless populations and that’s what this budget helps us move forward and do.”

“I believe that until we have proven alternatives, we cannot destroy Oakland’s current public safety system at a time when we are losing so many to gun violence,” she said.