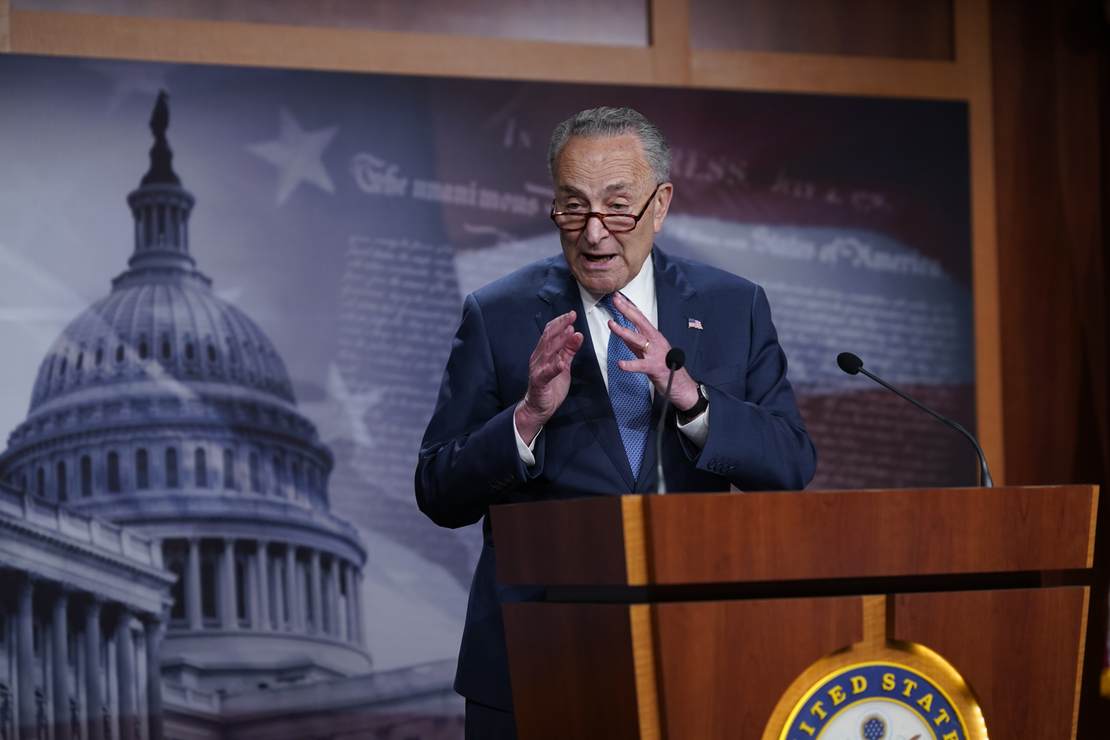 The bipartisan infrastructure deal is still being written but that hasn’t stopped Majority Leader Chuck Schumer from trying to force a vote on the legislation. Schumer has scheduled a vote for Wednesday on whether to proceed with debate on the bill.

“He’s not going to get 60, let’s put it that way,” said Senate Minority Whip John Thune (R-S.D.). “The legislation is not drafted, the pay-fors are a long ways away. Patience is going to be a virtue.”

But the radicals see perpetual unrelenting crisis and that’s why the bill has to be passed now — not next week or next month.

“It’s Monday in the United States Senate. That’s Wednesday. That’s a long way between then and now,” said Sen. Patty Murray of Washington, the No. 3 Democratic leader. “We need a resolution to this. There’s a lot more work to get done.”

And that’s the problem for Democrats. The laborious and time-consuming process necessary to pass their $3.5 trillion reconciliation bill can’t even begin until the Senate deals with the infrastructure bill.

Schumer said all five Democrats negotiating the bill, including Sens. Joe Manchin (D-W.Va.) and Kyrsten Sinema (D-Ariz.), supported his approach. He reiterated that Wednesday’s vote is part of a “routine process” and that “it’s a sign of good faith from both sides that negotiations will continue in earnest.”

Schumer wants to embarrass Republicans who want to know what they’re voting on — especially when it comes to how the government is going to pay for the roughly $600 billion in new spending. The GOP was successful in getting the Democrats to drop the ludicrous notion that better tax collection by the IRS would bring in tens of billions of dollars. But the question of how to pay for the bill lingers.

The shift came after pushback from Republicans who were wary of granting the agency more money and power, Sen. Rob Portman (R., Ohio), one of the lead negotiators, said Sunday on CNN. Legislative aides from both parties confirmed the move.

The change means that the plan to strengthen the IRS to do more to collect taxes owed but not collected—a priority for President Biden —has stalled, at least for now. But lawmakers say it could be revived elsewhere, in a separate spending package pushed by Democrats.

“We can’t support cloture for something we haven’t accomplished yet,” said Portman. “It is absurd to move forward with a vote on something that’s not yet formulated.”

What may be absurd to most people is perfectly reasonable to the radical Democrats. But Republicans are not going to play that game.

“There’s no bill. You can’t expect that many Republicans to move forward on a pretty vague concept,” said Sen. Roy Blunt (R-Mo.). “It’s pretty much up to the majority leader. If he wants to kill the bipartisan bill, insisting on a vote before there’s a bill is a certain way to kill the bipartisan discussion.”

If, as expected, the cloture vote fails, that doesn’t mean the bill is dead. The matter can be revisited once the bipartisan group negotiating the package finalizes the language. Until then, Schumer is going to have to show a little patience — a virtue Democrats aren’t noted for.

Herschel Walker knocks woke athletes protesting at the Olympics: ‘If people don’t like the rules, why are you here?’
Lost Cause Monuments as Public Miseducation: Why the Robert E. Lee Statue in Richmond Should Go
CRINGE: This Journalist Offered Oral Sex to Bill Clinton to Keep Abortion Legal
STUDY: Young people are twice as likely to die from AstraZeneca vaccine than from covid
ABC Commits Journalistic Malpractice, Refuses to Tie Texas Dems to D.C. Covid Cases