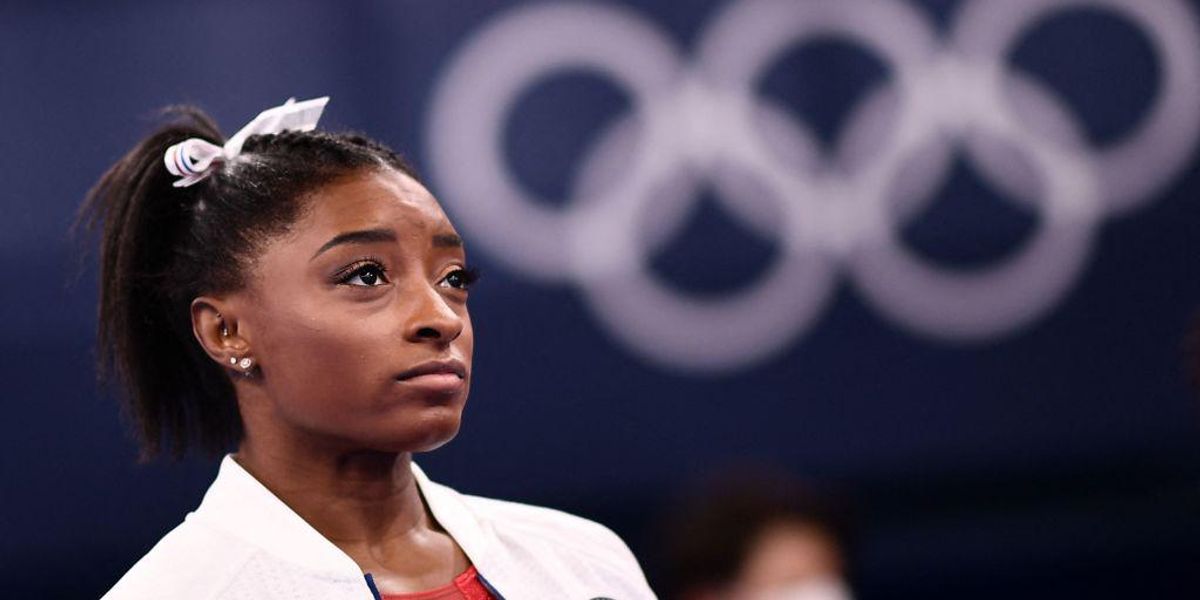 Fame is a drug. It’s the most addictive and destructive drug known to man.

Olympic gymnast Simone Biles has suffered an accidental overdose. She’s experiencing “twisties,” which is another way of saying she’s twisted and tweaking, a common side effect of excessive fame. A child star of the 2016 Olympics, Biles’ fame dealers, aka corporate sponsors, convinced her to increase her popularity with a second appearance at the Summer Games. Unfortunately, her tolerance level is too low. She’s flatlining at Woodstock for athletes.

Friday night Biles withdrew from two more Olympic events, the vault and uneven bars. She previously pulled out of the all-around competition. Earlier in the Games, after a bad vault in the team competition, she showed initial signs of an overdose, inexplicably quitting mid-competition.

“After further consultation with medical staff, Simone Biles has decided to withdraw from the event finals for vault and the uneven bars,” USA Gymnastics announced in a statement. “She will continue to be evaluated daily to determine whether to compete in the finals for floor exercise and balance beam.”

Biles is done. If she competes in Monday’s floor competition or Tuesday’s beam and injures herself, USA Gymnastics, the United States Olympic Committee, the International Olympic Committee, and NBC could all face colossal lawsuits.

But it’s unfair to single out major corporations for this particular societal plague. We’re all responsible for America’s fame addiction. We all promote the lie that life is more enjoyable when our minds are disconnected from reality by alcohol and other drugs. We think fame is a perfectly legitimate and reasonable aspiration. We envy the people who have it. We genuflect in their presence and pretend they have an air that normal people lack. The people uninterested in the high produced by fame are squares or nerds. They’re too uptight.

Fame is the cocaine of idolatry, the worship of idols, the foundation of all sin.

Secular culture installs singers, actors, rappers, models, athletes, politicians, and the rich as Gods worthy of emulation, reverence, and protection. Fame used to be a drug sold only to the elites. Technology cheapened it, turned it into crack rocks available to anyone with a smartphone, a social media app, and a willingness to twerk, troll, or virtue signal. Facebook, Instagram, Twitter, and TikTok unleashed the idolatry variant — self-worship.

Simone Biles is awash in likes, retweets, and followers. She’s chasing. I feel sorry for her. I have genuine empathy, not dismissive pity, for her plight. The modern athlete is pulled in far more directions than previous generations. The corporate purse strings simultaneously bless you financially and compromise you mentally. The sponsors subtly dictate that you indulge — at least recreationally — in social media. You can’t be popular and influential without a strong social media brand.

Social media is the trap house, the drug haven that exposes you to humanity at its worst. In order to survive, you need the thick skin of a rhinoceros. In order to thrive, you must tame your mind and adhere to the groupthink coded by Silicon Valley. The stench and stain of the trap house follow you wherever you go. It’s difficult to purge the toxins and intoxicants you ingest daily. Your body and mind crave what’s already inside them.

Step one in Simone Biles’ recovery is admitting she has a problem. She’s done that. Step two is diagnosing the problem properly. We’ll know she’s done that when she leaves the trap house and deletes her social accounts.

I wish her luck. I’m more than twice her age and have never made it to step two.

Viral video catches woman leaving car at Chick-fil-A drive-thru when the car begins to roll away towards busy traffic
How Children Become Progressives
Germany BLOCKS Russia from exporting food, then BLAMES Russia for causing brutal hunger
Jankowicz Whines: Disinformation Board Undone by Disinformation
A little girl was videotaping her game of tag at a park when a lethal gunfight broke out in Silicon Valley city