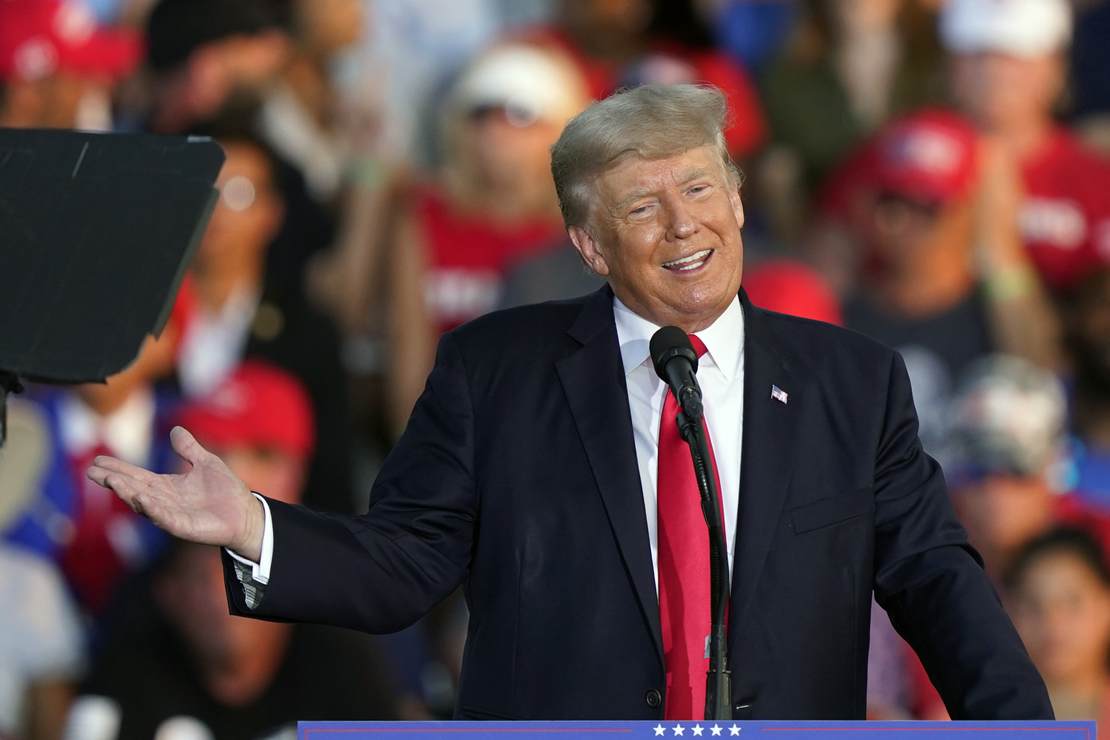 CNN’s Chris Cillizza is once again acting triggered by Donald Trump’s disdain for the media. He’s hardly alone. Many in the liberal media have feigned outrage over Trump’s constant attacks and accusations of bias. Trump is hardly the first national figure to bemoan the national media—heck, even Barack Obama claimed he was treated unfairly—but with Donald Trump, attacking the media was as common as his calls for building the wall, draining the swamp, and making America great again. Now Cillizza is having a hissy fit over what he claims to be Trump’s “most lasting, damaging legacy.”

Citing a new Pew Research Center analysis, Cillizza lamented that “the number of Republicans who say they have “a lot” or “some” trust in national news organizations has been sliced in half over the last five years.”

“In 2016, 70% of self-identified Republicans said they had at least some trust in national news organizations. That number is now 35%,” Cillizza complained. “And in 2020, trust in the national news media fell off a cliff. Almost half (49%) said they had a lot or some trust in the mainstream media in late 2019. That marks a 14-point drop on the question in less than two years.”

Cillizza likes to pin the blame on Trump, whom he says “wanted to be the sole disseminator of information — and ‘facts’ — to his base.”

“That desire was driven by selfish and political concerns: Trump wanted to create an alternate reality in which he was winning at everything from the economy to immigration to even Covid-19.”

Not once did it occur to Cillizza that the problem wasn’t Trump, but the media. On just the three issues Cillizza cited (the economy, immigration, and COVID-19), we can see the media’s anti-Trump bias.

As soon as Trump was elected, the tide had changed on the economy. After years of stagnant growth, things were finally looking up thanks to Trump. While in office, Trump cut taxes and regulations and the economy grew. The media tried to deny it, but when it got too difficult to do so, they simply rewrote history to give Obama credit for it—even though economic growth during Obama’s presidency was so bad that the media covered for him by claiming that mediocre economic growth was the new normal. “With U.S. economic growth stuck in low gear for several years, it’s leading many economists to worry that the country has entered a prolonged period where any expansion will be weaker than it has been in the past,” CBS News reported in September 2016, two months before the presidential election.

The New York Times actually had little good to say about the economy that Trump would soon inherit. “For three quarters in a row, the growth rate of the economy has hovered around a mere 1%. In the last quarter of 2015 and the first quarter of 2016, the economy expanded at feeble annual rates of 0.9% and 0.8%, respectively. The initial reading for the second quarter of this year, released on Friday, was a disappointing 1.2%.” GDP growth for 2016 was a paltry 1.6 percent, the weakest in five years. So, what upward trajectory are they talking about? There were other indicators of stagnation, too: “Stocks had flatlined in 2016, with major indexes down slightly. Real median household income dropped that year, according to Sentier Research.”

But in August 2018, the New York Times claimed: “The same gauges that illustrate [the Trump] administration’s economic successes also make clear that they are built on the achievements of the previous one, and that the economy is following the upward trajectory begun under President Barack Obama.” Funny how that works, isn’t it?

What about immigration? Is Cillizza really suggesting that Trump wasn’t “winning” on immigration? While Trump wasn’t able to complete the border wall, by the time he left office, the border was the most secure it had been in history, and he’d worked out deals with Mexico to help prevent caravans from coming to our border. The media, however, focused on “kids in cages,” forgetting the fact that not only was Trump continuing an Obama-era policy but that Obama was the one who built the facilities kids were being held in. And the Obama administration kept these immigrant children in deplorable conditions—just like the Biden administration is doing now. But, curiously, just as the media didn’t care about kids in cages when Obama was president, they lost interest in kids being detained by the federal government when Biden took over. In fact, the cages were rebranded to the more innocuous-sounding term “pods.”

By any objective measure, Trump had a more secure border. But his immigration policy was branded as racist by the Democrats and the media, who now have turned a blind eye to the plight of immigrant kids who are going hungry, unwashed, and, according to some reports, being sexually assaulted while in the care of the Biden administration. Does Cillizza really think Trump didn’t improve immigration? There was no crisis then. There is now. I wonder why?

But, perhaps no issue showcased the media’s anti-Trump agenda more than COVID. In early 2020, the economy was roaring, and Trump seemed poised to win reelection. The Democrats’ efforts to impeach him failed and the media needed something new to pin on him, and that turned out to be COVID.

Yet Cillizza thinks Trump is the problem? The media squandered the trust they had by caring more about their agenda than the facts. How many fake stories about Trump does the media have to push for Cillizza to even consider that they’re the problem?