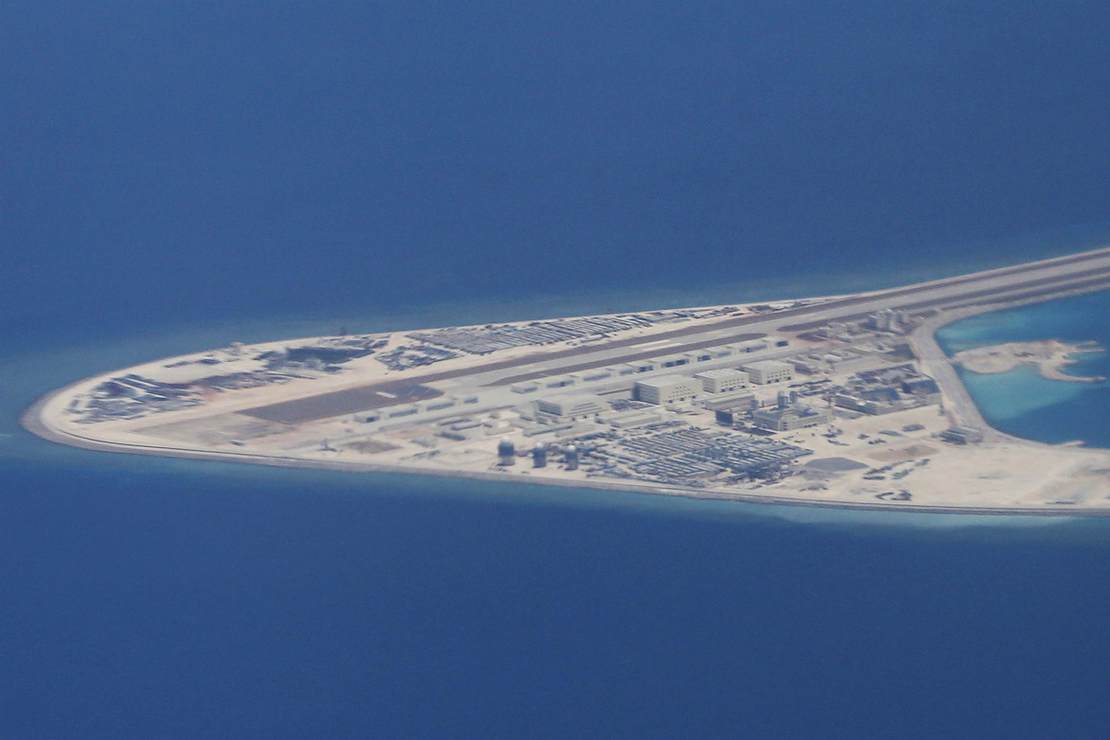 The new law will put China and the U.S. on a collision course with an uncertain outcome.

The United Nations Convention on the Law of the Sea (UNCLOS) only gives states the right to establish a territorial limit of up to 12 nautical miles. UNCLOS also states that ships of all countries “enjoy the right of innocent passage through the territorial sea” which the new Chinese maritime law violates.

The Chinese Maritime Safety Administration said in a statement that the new reporting requirement would apply to all submersibles, nuclear vessels and ships carrying radioactive or harmful substances, as well as any foreign vessels deemed to “endanger the maritime traffic safety of China.”

Reports should include the vessel’s name, call sign, current position, next port of call, estimated course and speed, nature of goods and loading capacity, it said.

Other nations are afraid that China’s exploitation of the law to expand the scope of “gray zone” conflict could become a ticking time bomb, said Su Tzu-yun (蘇紫雲), director of the Division of Defense Strategy and Resources at the Institute of National Defense and Strategic Research.

The new law includes military as well as civilian vessels. Tom Rogan of the Washington Examiner believes the requirement for submersibles to declare their details is designed to catch U.S. intelligence drones and vessels under the regulation. The inclusion of submersibles should also be seen as a step toward more confrontational Chinese behavior.”

Regardless, the Biden administration should refuse to comply with these directives. Just because China has claimed the near entirety of the South China Sea as its own private swimming pool, those waters are still international waters. China’s claims of sovereignty over these waters are utterly ludicrous . To accept Beijing’s diktat would thus undermine the fundamental principle of international maritime law. It would also reinforce Beijing’s confidence that it can bully transiting vessels and regional powers into submitting to its will.

The U.S. should make clear that all U.S. vessels, whether civilian or military, will continue to travel freely through international waters. Washington should add that any force that attempts to constrain such activity will meet U.S. reprisal.

What makes this new law so dangerous is that it appears to include the territorial waters of Taiwan.

Other nations are afraid that China’s exploitation of the law to expand the scope of “gray zone” conflict could become a ticking time bomb, said Su Tzu-yun (蘇紫雲), director of the Division of Defense Strategy and Resources at the Institute of National Defense and Strategic Research.

This would include the 12 nautical miles of sea surrounding the artificial reefs it has constructed in the South China Sea, giving Beijing an excuse to respond to freedom of navigation exercises carried out by other nations, he said.

Any time U.S. Navy surface vessels enter the waters around the artificial islands created by China, there is a potential for conflict. Now, China has upped the ante to include submersibles as targets of their harassment. It goes without saying that no U.S. sub commander will respond to messages ordering them to identify their vessels or declare their cargo.

The question is what, if anything, China is willing to do to force compliance.