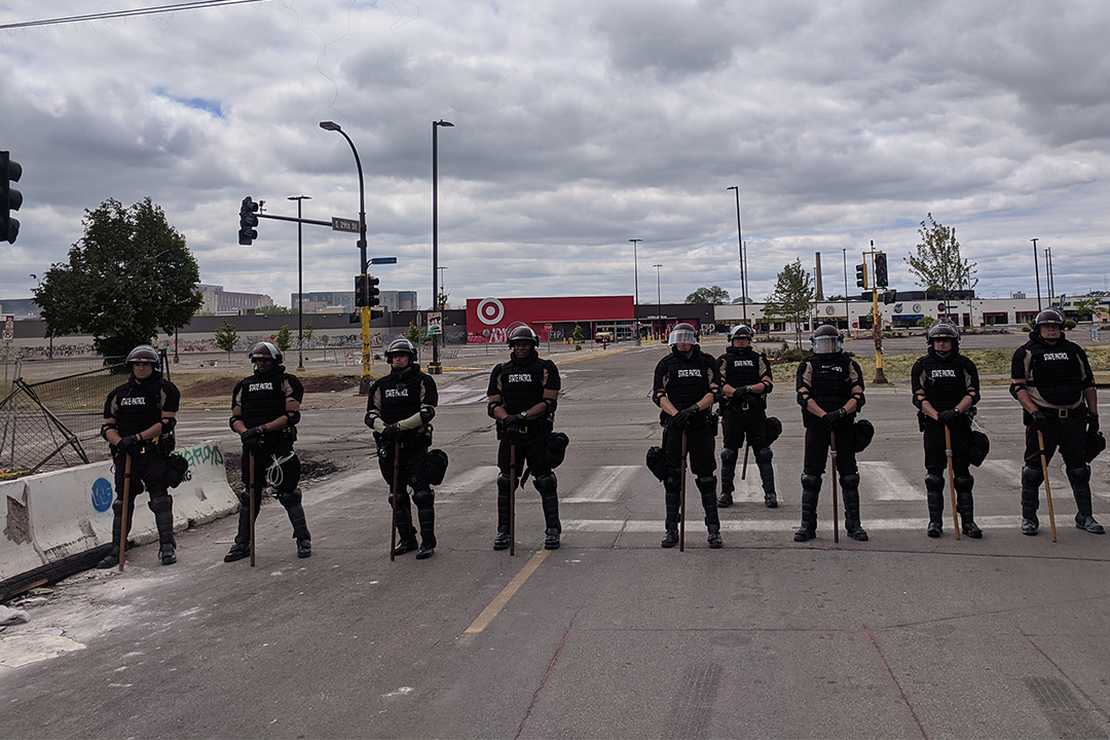 Perhaps no major city will prove more instructive on the political fallout from that appalling slogan than Minneapolis, where residents will vote on Nov. 2 to elect a mayor and, perhaps more importantly, decide the future of their city’s police department.

If Minneapolis voters approve the ballot measure, the city could create a new public safety agency without being required to fund a minimum number of officers.

House Republicans, led by a popular Minnesota congressman, are using Minneapolis as the fulcrum of a wide-ranging blitz to help the party ahead of next year’s midterms.

“We’ve won campaigns across the country in the last cycle as a direct result of this insanity,” said U.S. Rep. Tom Emmer (R-Minn.), chairman of the National Republican Congressional Committee. “Minneapolis is just part of the problem. You can look at Minneapolis, New York, Portland, you can pick your city, this is a Democrat issue.”

Related: FED UP: Inside the Chicago Police Shortage

Only a few days after George Floyd’s death last summer, nine Minneapolis City Council members stood on a stage with the phrase “defund police” spelled out in front of them, promising to “begin the process of ending the Minneapolis Police Department.”

The ridiculous message failed, causing some council members to quickly distance themselves from the “defund” message. Crime has been rampant in “Murderapolis” and Saint Paul since.

With Election Day just a fortnight away, the ballot issue has divided high-profile Democrats in the Twin Cities.

“What they’ve taken is essentially a hash tag, a provocative slogan, accused the Democrats of making it a program, and now the Democrats who are afraid of that, they’re doing the worst thing by somehow crediting that,” Ellison said. “People are saying refund the community.”

U.S. Sens. Amy Klobuchar and Tina Smith, along with Minnesota Gov. Tim Walz have come out against the measure, likely understanding fallout for Democrats if the question passes.

U.S. Rep. Angie Craig, who represents a suburban swing seat just south of the city, also opposes the ballot measure, saying it is “not fully thought through as a plan and it’s bad politics.”

With a strong 2022 challenger looming, Craig acknowledges Republicans will associate the defund movement with any Democrat.

“I think the words themselves are toxic to Democrats across the country and in front-line districts like myself, because it doesn’t acknowledge the nuance of we need our police officers and our first responders to protect our communities,” she said last month.

But opposition from Craig, Klobuchar, Walz, and other Democrats hasn’t deterred the queen of bigotry from vociferously backing the deranged idea.

“I just really can’t understand how people will disregard the needs and the desires of a whole city because it is politically expedient for them,” Omar, who enjoys expensive private security, recently ranted.

Clearly the hateful socialist — when not busy calling the state’s largest and most liberal paper “racist” — already forgot a recent lesson from America’s largest city: Retired police captain Eric Adams will be New York City’s next mayor because, even in a left-wing locale, voters preferred his opposition to the defund movement, as crime spirals out of control.

In the city Omar supposedly represents, police funding has decreased since Floyd’s death. The Minneapolis Police Department (MPD) entered 2020 with a $193 million budget, enough to employ almost 900 officers. After the pandemic and noxious council members forced city leaders to trim spending, the department began 2021 with only a $164 million budget. More than 200 officers left MPD in the months following the “Black Lives Matter” riots that destroyed parts of Minneapolis.

Short hundreds of officers, violent-crime arrests so far this year are down 30 percent over the same time period in 2020. Last year marked the second deadliest in city history, and homicides are also way up in 2021.

A mob of 20 robbery suspects descends on yet another California department store
Far-left actress Debra Messing bucks the party narrative on lethal Waukesha parade attack
Editor’s Pick: RedState on Media Softening the Waukesha Massacre to a ‘Crash’
North Dakota farmer arrested in Ukraine, accused of trying to assassinate a gov’t official; his family says he is being railroaded to cover up other crimes
Waukesha Atrocity Should Herald an End to the Bail Charade