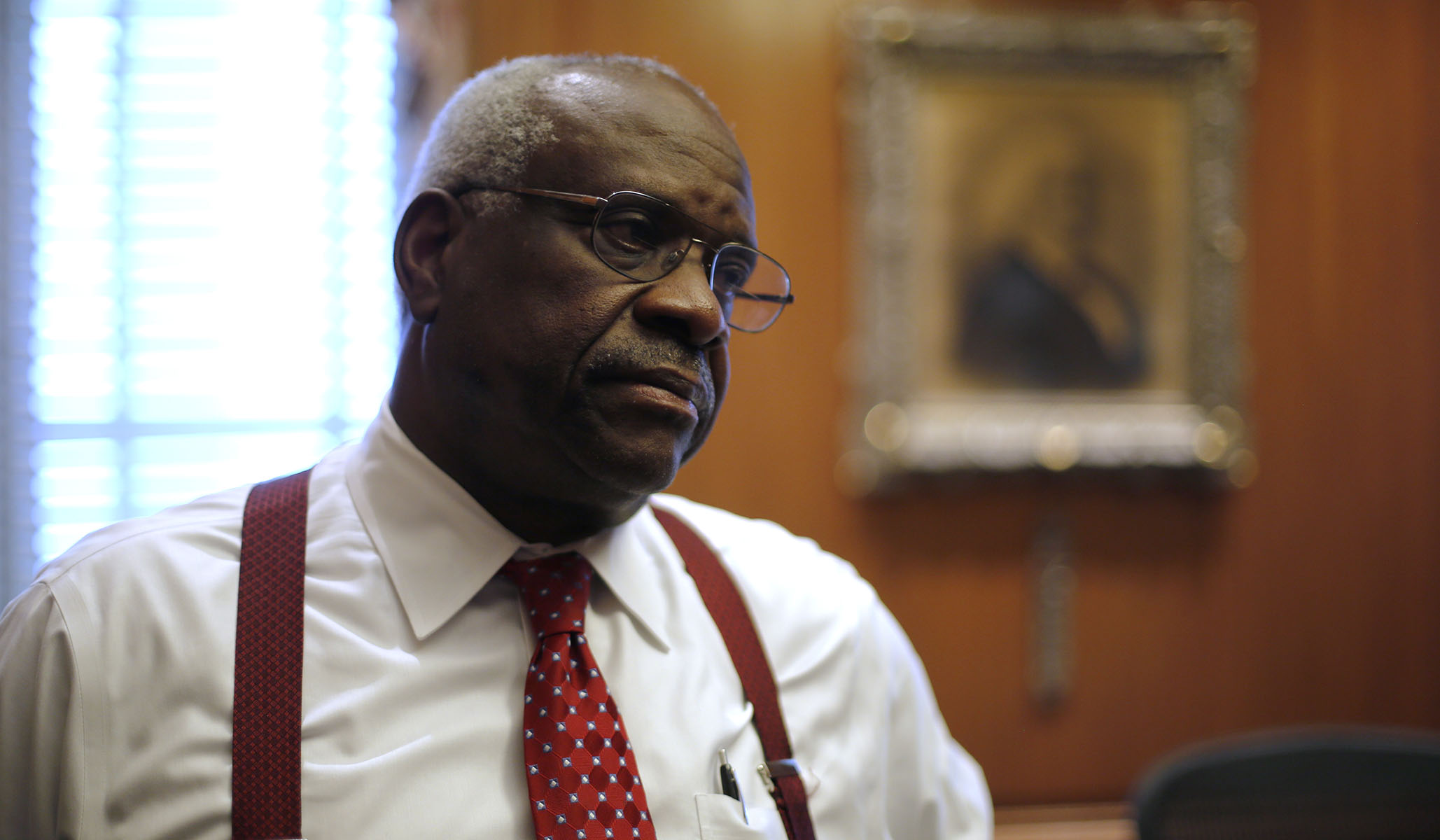 US
Over the past 30 years, Justice Thomas has taken the American people on a tour of constitutional law. For that, we should all be grateful.

This semester, we co-taught a seminar on originalism at Notre Dame Law School. The course focused on cases in which originalist justices sparred with one another — and with non-originalist colleagues — about important issues of constitutional law.

Although we “taught” the course, it was apparent from Day One who the real teacher was: Justice Clarence Thomas. And all of us were his students. That is not to say that everyone in the room agreed with his originalist approach — nor, certainly, with every position he has staked out in his time on the Court. But few disputed the force of his reasoning, the coherence of his philosophy, and the consistency with which he applies it. Our students respected his rigorous, historically grounded inquiry, even when it led him to call for the radical reconsideration of established law. Even — and perhaps especially — the originalist-skeptical students came to appreciate Justice Thomas’s principled approach to deciding cases.

As John O. McGinnis and Michael Rappaport recently observed, “no other justice approaches the breadth and comprehensiveness of Thomas’s investigation into the meaning of our fundamental law.” Over the past 30 years, Justice Thomas has taken the American people on a tour of constitutional law. In his 150 (and counting) originalist opinions, he has exposed the Court’s tendency to “stray further and further from the Constitution without so much as pausing to ask why.” And at each turn, he has paired his devastating originalist critiques of the Court’s doctrine with principled, historically grounded alternatives.

As Justice Thomas begins his fourth decade on the Court, it is hard to think of an area of law where he hasn’t made his mark. His opinions take aim at targets far and wide. From sovereign immunity to the proper meaning of “search,” no constitutional error is too big or too small for him to ignore. Among other things, he has outlined a robust theory of the separation of powers, challenged the legitimacy of national and structural injunctions, and rejected swaths of criminal procedure and First Amendment doctrines. He has dismissed substantive due process, argued that the Fourteenth Amendment’s privileges-or-immunities clause ought to be revived as the vehicle for incorporating the Bill of Rights against the states — and that the establishment clause should never have been incorporated at all.

The list goes on. But though Justice Thomas’s opinions address a variety of subjects, they share a common thread: Each is guided by history, constitutional structure, and the text. And each reflects his insistence on unearthing the original meaning of the Constitution, even if that demands excavating away decades upon decades of erroneous doctrine.

To be sure, many people of good faith — including many of our students — reject his conclusions because they reject originalism. Others, inclined to embrace a more incremental brand of originalism, believe that there is simply too much water under the bridge to reconsider many of the constitutional doctrines that Justice Thomas has challenged. Fair enough. But by teaching (and learning from) Justice Thomas this semester, we gained an even deeper appreciation for the rigor and precision of his approach. In one careful opinion after another, Justice Thomas lays out that “something has gone seriously awry with this Court’s interpretation of the Constitution.”

The results speak for themselves. On issues ranging from speech to sentencing, Justice Thomas’s opinions began as lonely dissents. Some have since become majority opinions. All expound views that must now be taken seriously.

Originalism has many critics on both the left and the right. We took care to expose our students to their arguments. After all, our job as teachers is to guide fruitful discussion, not to proselytize our preferred interpretative methodology.

But Justice Thomas is both originalism’s foremost teacher and evangelist. Over the course of the semester, he taught our class that originalism properly understood is neither results-oriented nor empty sophistry but rather an act of fidelity to the Constitution.

As luck would have it, Justice Thomas visited Notre Dame earlier this fall. He took time out of his packed schedule to join our class, where our students witnessed his infectious laugh and kind and generous spirit. (As another professor at the law school has remarked, “If you don’t want to like Justice Thomas, you’d better not meet him.”) During his visit, he reflected on the proper role of a judge and why he is an originalist. But he also spoke of the importance of humility, of living a good life, of treating everyone with respect, and of rejecting rancor and division. And Justice Thomas described growing up at a time when “there was a deep and abiding love for our country,” even in the darkness of the segregated South. He movingly recalled the average Americans of his childhood, men and women who embraced and celebrated our nation’s founding ideals — even when we unjustly failed to live up to them.

His jurisprudence reflects the same love for those ideals and for the Constitution. For that we are ever grateful.

Newsom Smiles at Shooting News While CNN Anchors Endorse His Anti-Gun Takes
Two convicts with 85 felony charges rob delivery driver at gunpoint: Video
Trump reportedly is texting after longtime ‘resistance’ to it. NYT says his associates are worried over what might pop up on screen from former president.
Joy Reid Compares DeSantis Banning CRT & Grooming to ‘Cultural Genocide’
Famous Astronaut Marries At 93 – “Excited As Eloping Teenagers”