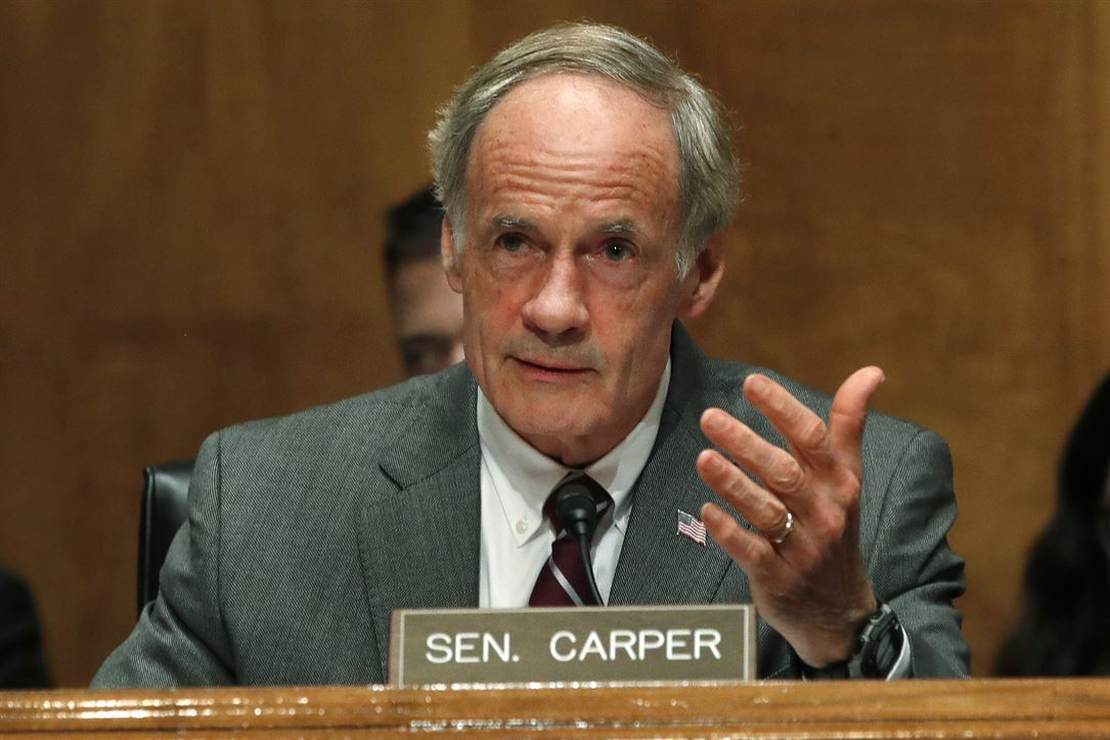 A key ally of President Biden, Sen. Tom Carper of Delaware, announced he would no longer oppose the proposed exception to the Senate’s filibuster rule.

The president recently suggested that he would be open to an exemption for the voting rights bill “and maybe more.” But the reality is, once the “exception” is used, it will be hard to put the genie back in the bottle and return to the days when a threatened filibuster would force both sides to modify legislation to make it more acceptable to the majority.

Related: Biden Now Open to Ending Filibuster for Some Issues

Any carve-out would likely become permanent — something that many Democrats know will come back to haunt them once the GOP regains control of the Senate.

“I’m an optimist by nature, so I want to hold out hope that a compromise can be reached,” wrote Carper. “But I cannot look the other way if total obstruction continues. I do not come to this decision lightly, but it has become clear to me that if the filibuster is standing in the way of protecting our democracy then the filibuster isn’t working for our democracy.”

On Wednesday, the Senate again attempted to pass voting rights legislation named after the late Rep. John Lewis and it again failed to clear the 60-vote legislative filibuster, with only one Republican, Sen. Lisa Murkowski of Alaska, voting for it.

“Obstructionism” doesn’t care which party is in power or who is sitting in the White House. We have broken politics, a broken government, and for all intents and purposes, a broken democracy. It will take a leader of extraordinary strength and courage to bring us back to a functional government.

Sen. Joe Manchin, the moderate Democrat from West Virginia, attempted to work out a compromise voting rights bill in June but was swiftly rejected by the Republican colleagues he was courting. While Carper left the door open for a bipartisan deal in his op-ed, he concluded by stating that a more radical option may be necessary.

“No barrier — not even the filibuster — should stand in the way of our sacred obligation to protect our democracy,” he wrote Thursday.

The only way the Democrats can muster up the support to end the filibuster is by pretending that our democracy needs “protecting” by the likes of Bernie Sanders, AOC, and other radicals who see democratic tools like the filibuster as an impediment to their drive for one-party rule.

It’s hard to see where the Democrats will break on this issue. Manchin and Sen. Krysten Sinema (D-Az.) are already under enormous pressure to conform. Whether they can maintain their resistance will depend on the home folks and how strong their support will be.

This Republican will reportedly launch a presidential bid in February
Iowa woman pronounced dead was sent to funeral home where workers found her ‘gasping for air’ inside cloth bag
Florida police chief warns would-be crooks after homeowner shoots intruder: ‘We live in Polk County, and most people are armed’
Whoopi Goldberg Angry That FOX News Keeps Noticing All The Dumb Things Said On ‘The View’ (VIDEO)
The Legacy of Pandemic Emergency Relief Programs: Biggest Scam in U.S. History