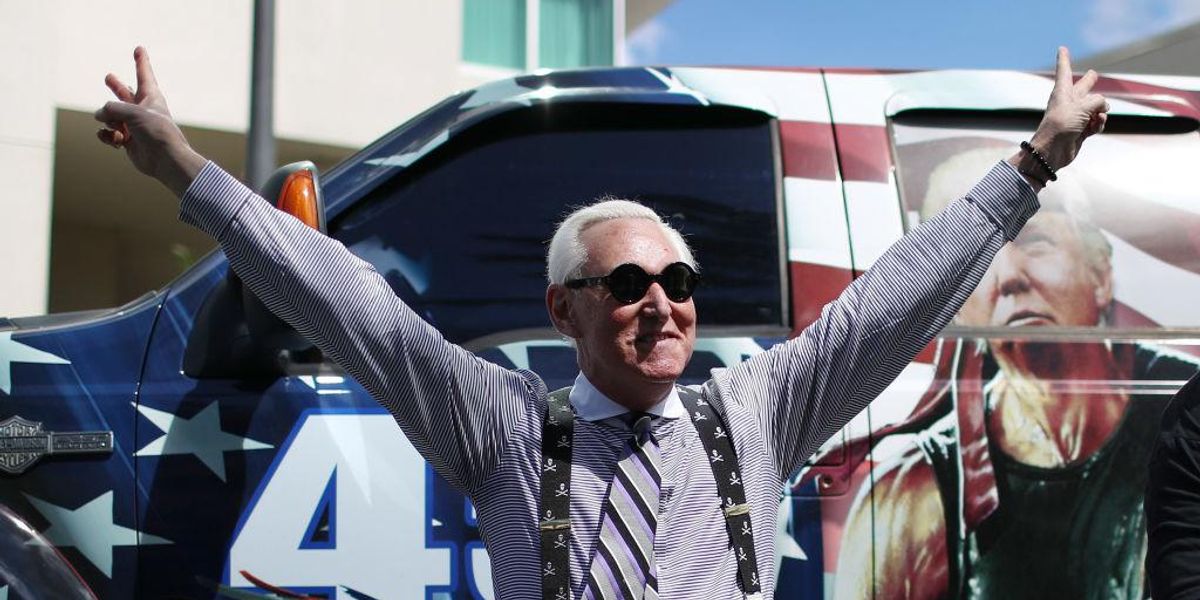 Roger Stone, a longtime Republican operative and former Trump campaign associate, said he will run for governor of Florida in 2022 to split the Republican vote and defeat Gov. Ron DeSantis — unless DeSantis promises he will not run for president in 2024.

Stone told WFOR-TV that he would run as a Libertarian or some other third-party candidate to siphon votes away from DeSantis and help a Democrat become governor unless DeSantis pledged to serve all four years of his second term, should he win reelection.

“I believe that Gov. DeSantis, assuming he’s going to run for re-election, should pledge to the people of Florida that he will fill out all four years of a second term,” Stone said on Friday. “What I don’t want to see is for him to be reelected and then immediately abandon Florida to run off and run for president, particularly if he’s running against Donald Trump.”

DeSantis, who was first elected in 2018 and announced in October he will run for reelection, has become one of the most well-known and popular Republican governors in the nation for his anti-lockdown, anti-mandate leadership during the COVID-19 pandemic. His record as governor, relative youth at age 43, and experience in Washington D.C. as a former congressman has led many to consider him a strong contender for the 2024 GOP presidential nomination, should he want it.

Speaking for himself, DeSantis said in September that speculation about 2024 is “nonsense” and that he’s focused on re-election next year. Of course, politicians typically deny that they want to run for president when they’re thinking about running for president.

But whatever presidential ambitions DeSantis may or may not have are largely in the shadow of former President Donald Trump’s apparent ambitions to retake the White House from Joe Biden. Though he’s made no official announcement, Trump has repeatedly told his supporters they’re going to be “very happy” with his ultimate decision on 2024.

The “will he, won’t he” speculation over Trump has frozen other prospective GOP presidential candidates, who would face the daunting task of mounting a primary challenge against the former president, who is still overwhelmingly popular with Republicans, if he runs. A Trump comeback campaign is likely to dominate resources that are necessary to run for president — namely big-money donors, grassroots volunteers, and endorsements.

Some of Trump’s allies, like Stone, are already playing offense for Trump by attempting to sandbag a potential primary challenger before anyone has even started a campaign.

“I just don’t think Florida should be a stepping stone to the president for any person,” Stone told WFOR-TV.

He said if he runs against DeSantis, it won’t be because he thinks he can win. The point isn’t to win, it’s to make DeSantis lose, which would severely weaken his chances of ever becoming president.

“The people who love Ron DeSantis the most are of course the people who have never met him,” Stone said. “I don’t think that I would have to get many votes to change the results of this race.”

If Stone does run, he previewed a possible avenue of attack he’ll use against DeSantis last week, when he attacked the governor for neglecting to audit the 2020 election in Florida.

“If Florida governor Ron DeSantis does not order an audit of the 2020 election to expose the fact that there are over 1 million phantom voters on the Florida voter rolls in the Sunshine state I may be forced to seek the Libertarian Party nomination for governor Florida in 2022 #ByeRon,” Stone wrote on social media.

His claim about “phantom voters” appears baseless. Donald Trump defeated Joe Biden by more than 370,000 votes in Florida in 2020. Governor DeSantis’ office told WFOR-TV it conducted a pre- and post-election audit of the election and did not find any significant irregularities.

In 2019, Stone was convicted of seven felony accounts including making false statements to the FBI, witness tampering, and obstruction of justice. Stone would be in prison today were it not for Trump, who commuted his sentence in July 2020.