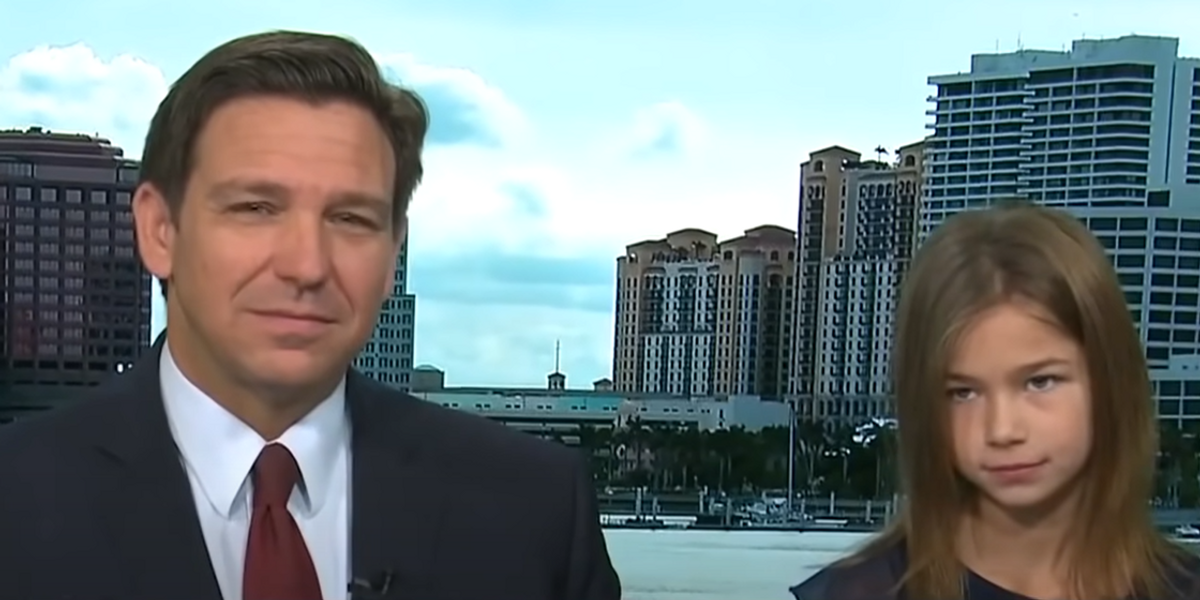 A Florida girl may have to repeat second grade after she was suspended 36 times for not complying with the school district’s mask mandate.

Bailey Lashells describes her 7-year-old daughter as a typical child who enjoys drawing, arts and crafts, and making jewelry. The mother also says her daughter’s priorities have changed since the pandemic.

Fiona Lashells — a student in Palm Beach County — first refused to wear a face mask at school on Aug. 31, and was forced to eat a silent lunch alone in an office hallway. The second-grader has since been suspended 36 times.

“Fiona is a strong-minded and fearless young girl who was ready to conquer the world at seven,” the mother told the Tampa Free Press.

“Unfortunately, the blows just seem to not stop as she was recently told after completing every assignment her teacher will provide that she is not only failing second grade but that there is no way she could catch up, per her teacher,” Bailey Lashells said.

The School District of Palm Beach County’s universal mask mandate for students will finally offer parents an opt-out option on Monday after a judge declared that the DeSantis administration was within its authority to impose a ban on mask mandates.

DeSantis appeared on “Fox & Friends” on Wednesday with Fiona.

“I’m not wearing a mask because you touch it, and you have germs on your hands, and then you put it on your face and then you breathe in all the germs,” Fiona said.

“Fox & Friends” host Steve Doocy asked Fiona how she felt about the possibility of having to repeat the second grade.

“Well, I don’t feel good about that, and I don’t want to take the grade over again because I’ve also been doing most of the work at home,” the young girl said.

DeSantis noted, “All 67 counties have had a huge decline in COVID cases among school-age children. Most of them did not have forced masking. So this is not something that has been proven to be effective. And obviously, as we see with Fiona, it has caused harm to some of our students.”

DeSantis pointed to Glenn Youngkin’s victory in the Virginia gubernatorial election as a sign that “people are rebelling against what the Democrat Party stands for nowadays,” including “never-ending mandates and restrictions because of COVID.”


DeSantis: Americans are rebelling against the Democratic Party

Mom chases off attempted carjacker who nearly drives away with her child in vehicle: Video
Dr. Simone Gold countersues AFLDS board for suing her over claims that she misrepresented herself as group’s head
Woke school district promotes upcoming BLM flag-hoisting event
Diversity Day: Journos Lobby for Minority Chief of Staff, Cops Having ‘Comfort’ With Violence
This Republican will reportedly launch a presidential bid in February