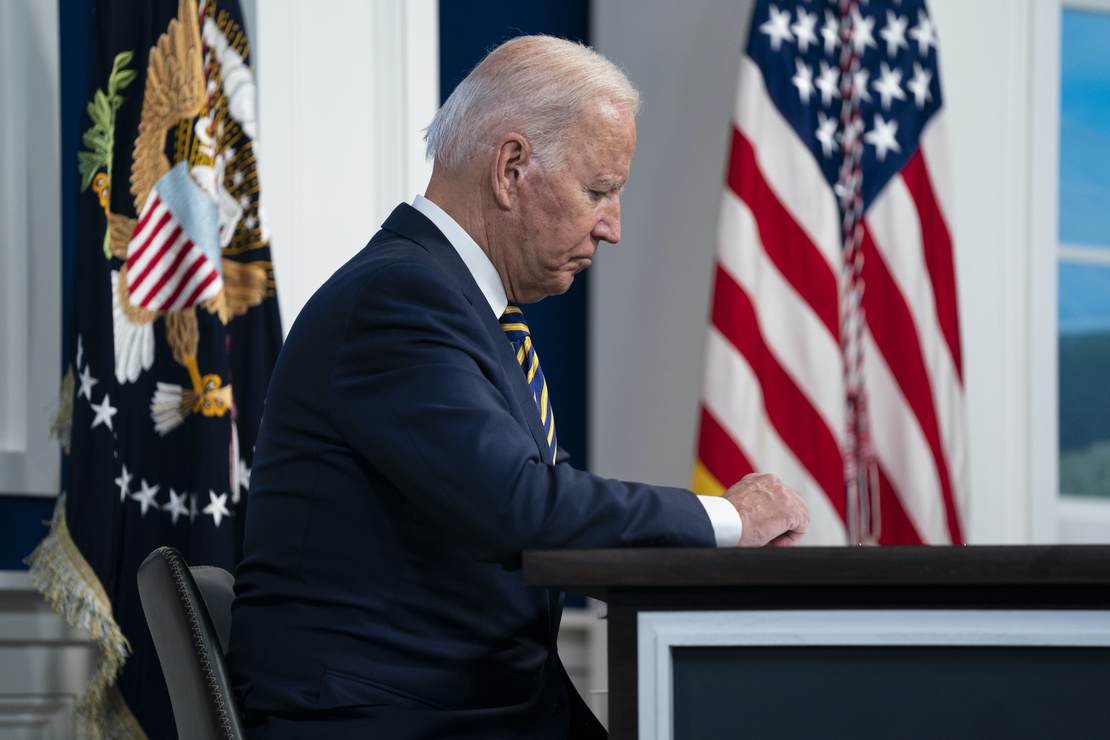 With great fanfare, President Joe Biden went off for his annual exam. I can’t recall ever even being aware that a president transferred power to a vice-president for a brief period of sedation. But in an administration full of firsts, it needed to be pointed out that Kamala Harris was in charge for approximately 85 minutes.  However, the media coverage of the incidental and meaningless temporary transfer of power increased the interest in Biden’s medical evaluation.

First, a colonoscopy was the reason the president was sedated. Honestly, this is more information than most Americans need to know, but it is also unusual. Preventative care does not usually include colonoscopies after the age of 75. Biden is 78. The president was diagnosed with mild diverticulosis many years ago. This diagnosis means small outpouchings along a portion of your intestine, usually the colon, are present. The diagnosis is relatively common after age 60.

Without symptoms of pain, infection, or other problems related to the intestine’s outpouching, a colonoscopy is an awfully invasive procedure. A 3 mm polyp was found and removed. A colonoscopy with a polyp is generally unremarkable. One must wonder if the exam is related to the rumor about the president’s bowel issues at the Vatican or the reported disgust of Camilla Parker Bowles with Biden’s intestinal release.

The most infuriating part of the exam is related to Biden’s cognitive abilities. His physician, Dr. Kevin O’Connor, goes to great lengths to explain the apparent changes to how the president moves when he walks, also called his gait. A person’s gait is generally not something they attend to consciously. However, neurological illnesses like Parkinson’s, strokes, and various forms of dementia can cause alterations in the way a person walks. Speed, fluidity, and the natural swing of the arms are a few examples of how a person’s gait may change.

President Biden has these types of symptoms. O’Connor noted it this way:

“The President’s ambulatory gait is perceptibly stiffer and less fluid than it was a year or so ago. He has several reasonable explanations for this in his orthopedic history, but again, a detailed investigation was appropriate.”

The observations included nothing about Biden’s evident overall cognitive decline, including speech issues that have nothing to do with a stutter, memory issues, and general confusion. When Biden speaks publicly, his voice is often weak and he sounds like he has a mouth full of marbles. After decades of using a teleprompter, he reads the instructions as well as the speech text. His tone modulation, from yelling for emphasis to a loud whisper, is also horribly off.

O’Connor has been Biden’s primary physician since 2009. The idea that he can note significant changes in how Biden walks over the past 12 months and is utterly oblivious to the other symptoms of cognitive decline is absurd. The “detailed investigations” of Biden’s gait included hunting for everything other than the obvious issue of a progressive cognitive disorder such as Alzheimer’s or another form of dementia.

O’Connor assembled a team of spine, foot and ankle, radiology, physical therapy, and movement disorder neurologic specialists to examine the president. The neurological exam is glaring in what it does not assess, which is Biden’s overall cognitive function. It does not appear that a neurologist with a specialty in cognitive disorders was consulted:

“An extremely detailed neurologic exam was reassuring in that there were no findings which would be consistent with any cerebellar or other central neurological disorder such as stroke, multiple sclerosis, Parkinson’s or ascending lateral sclerosis [Lou Gherig’s disease]. This exam did however reveal a mild peripheral neuropathy in both feet. He did not demonstrate any motor weakness, but a subtle difference in heat/cold sensation and great toe proprioception could be elicited.”

O’Connor goes on to say these findings, along with pretty standard age-related changes in his spine, explain the significant decline in Biden’s gait in the past year. The report appears to be O’Connor’s attempt at an explanation for the apparent questions Americans have. Biden does not move well or effortlessly, and it is getting worse. So, he had people who look at how people move their bodies evaluate him.

No one on the medical team looked at how the president’s brain was functioning. That the president had two brain aneurysms is well documented.  Now he exhibits symptoms of cognitive decline in addition to his changing gait. The report mentions extensive imaging of the heart and gastrointestinal system to investigate why Biden is constantly clearing his throat. The tests found gastric reflux, and he takes an antacid. The assessment included Imaging of Biden’s spine, along with several blood tests.

However, there is not a single image of his brain or test of his cognitive ability. In light of Biden’s pronounced cognitive decline, this is malpractice. Given he is the leader of the free world and commander in chief, it is deliberate malfeasance towards the American people. In October, Rasmussen reported that 58% of likely voters felt Biden was not physically or mentally up to the job of being president. Mild numbness in his feet does not explain what they are seeing, and they deserve a better answer.

MSNBC Backs Biden’s Whose Side—MLK or George Wallace—Are You On?
Washington State legalized “flesh goo” liquefaction of human corpses one year before activating COVID concentration camps that will target unvaxxed conservatives with “strike team” operations… efficient, stealth disposal of bodies now perfected
The Next Frontier for Free Speech Is in the Cloud
These pictures show America’s future if the globalists get their way: This is what pure bloods can expect at the ‘COVID camps’
Midwest Hospital System Stops Using Race-Based, Anti-White Covid Treatment Plan After Legal Threat