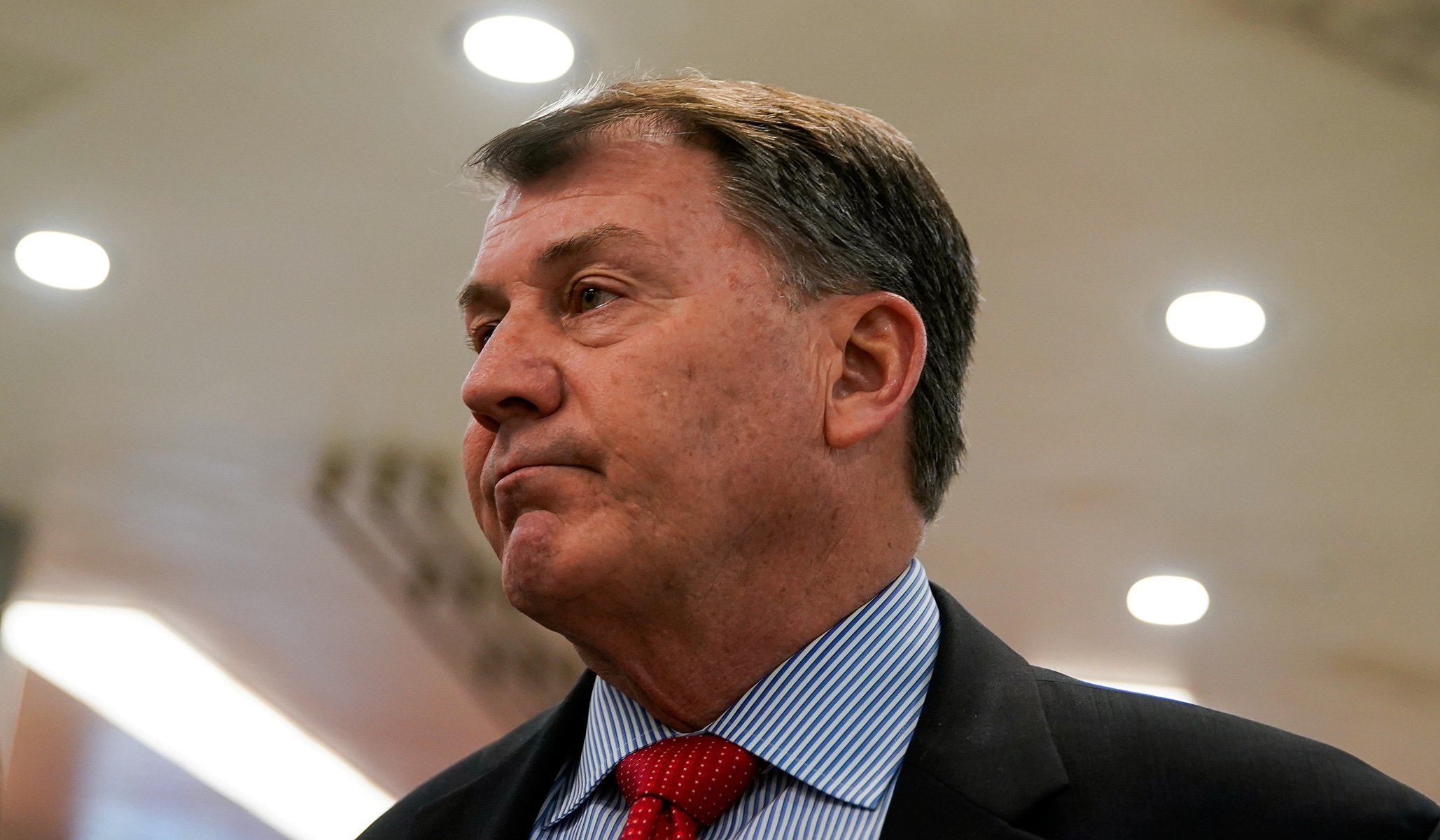 Mollie Hemingway misrepresented Senator Mike Rounds’s defense of the integrity of the 2020 election during a Monday Fox News appearance, accusing the South Dakota Republican of dismissing all of the election concerns typically cited by Trump supporters, when in fact Rounds acknowledged the existence of “irregularities” but said they were not significant enough to have overturned the legitimate result.

Over the last week, Rounds has been the target of considerable criticism on the right for stating that Joe Biden won the 2020 presidential election.

On Fox, Hemingway said she was “a little bit concerned that Republicans don’t seem to be aware of how much effort has to be done on their side of the aisle as well,” while touting the need for Republican-led voter registration drives.

The Federalist editor went on to argue that “they [Republicans] also need to be familiar with what the problems are with decreased election security. Just this weekend Senator Mike Rounds from South Dakota said that the 2020 election had ‘no problems whatsoever.”

“That’s a ludicrous thing for anybody to say, but particularly a Republican senator” she continued, before going on to cite pandemic-driven election law changes, Mark Zuckerberg’s activism, and “Big Tech censorship” as examples of impropriety.

“You would really expect more from Republican senators,” finished Hemingway.

On Sen. Mike Rounds’ comments that the 2020 election was “fair,” @MZHemingway says “that’s a ludicrous thing for anybody to say.” pic.twitter.com/VKSzj8h9v5

Her characterization of Rounds’s comments was mistaken at best. Rounds did not claim, as Hemingway purports, that the last presidential election was marred by “no problems whatsoever.”

“The election was fair, as fair as we have seen. We simply did not win the election, as Republicans, for the presidency,” he added, later submitting that he believed telling GOP voters that there’s widespread cheating would depress Republican turnout, a phenomenon exhibited best by Republican losses in both of the Georgia Senate runoffs conducted in January 2021.

After former president Donald Trump reacted to Round’s appearance by asking “is he crazy or just stupid?” and promising never to endorse the senator again, Rounds doubled down, saying in a statement that there was “no evidence of widespread fraud that would have altered the results of the election.”

“Vice President Mike Pence stood his ground, acknowledged President Biden’s victory and acted with integrity. It’s time the rest of us do the same,” observed Rounds, who also pointed out that almost every Senate Republican reached the same conclusion last January.

Rounds did not endorse the actions of private actors such as Zuckerberg and Twitter, or election law changes such as that seen in Pennsylvania. In fact, Rounds cosponsored legislation introduced by Senator Tim Scott that would have established a commission to study “the election practices adopted by Federal, State, and local governments in response to the COVID–19 pandemic” that “undermined the security and integrity of the election.”

Additionally, Rounds is a cosponsor of the Disclose Government Censorship Act, which would “require officers and employees of the legislative and executive branches to make certain disclosures related to communications with information content providers and interactive computer services regarding restricting speech.”

The Federalist is promoting Hemingway’s appearance by citing Rounds’s “need to learn the basic facts about election integrity,” but the only claim he’s made is that Donald Trump lost the 2020 presidential election.