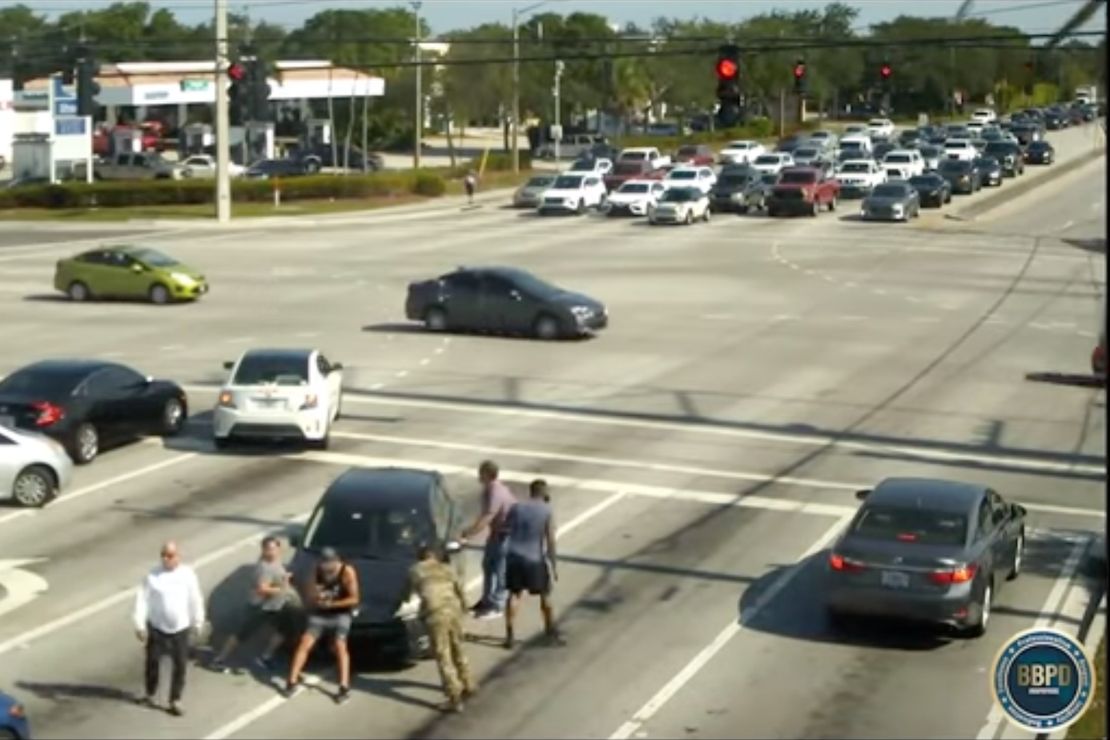 Florida Man Friday is back after a two-week absence, during which I felt it necessary to write about serious matters.

Madness. What was I thinking?

Let us begin as we always do with …

Oh, what a night.

The couple had just married 5 months before they went to a strip club on April 16 (2022) and, according to the police report, “met a stripper and brought her back to their shared house to have drinks.”

According to one Palm Beach County Sherrif Deputy, “A while later, they drove the stripper back to the club where she exited the vehicle. As she exited, [the wife] heard [the husband] ask the stripper for her phone number.”

That’s when the real trouble, after the fun started. The couple then drove to a nearby gas station, and “[the wife] confronted [the husband] about the phone number request,” according to the arrest report. “As they started arguing, [the husband] left the parking lot and left [the wife] at the gas station.”

Call me old fashioned, but when I was growing up in the Midwest 40 years ago it was still considered gauche for a couple to bring a stripper home before their first anniversary.

The wife Ubered home, might have entered through a bathroom window, and then that’s when things got weird.

There was some disputed violence, the police showed up, and no one was hurt enough to bother with EMTs. The husband was arrested, charged with battery, released.

Question: Why did they go to a gas station in the middle of the night? Is the stripper still at the gas station? Does one have to feign shock when one’s husband asks for the phone number of the stripper you both brought home?

Modern etiquette continues to elude me, like Florida Man running from cops through the woods.

I realize four is a little low for a lead Florida Man story, but anything involving newlyweds and strippers is going to get top billing.

If you watch any video in your feed today, make it this one. A group of Good Samaritans sprang into action on May 5 to help a woman who suffered a medical episode while driving on Woolbright Road.

The driver was hospitalized but is apparently going to be okay. A combination of fasting for a medical procedure and her blood pressure medicine caused her to get dizzy, then convulse.

I see men, women, black, white, spontaneously working together to help someone in need.

That’s America, and don’t let the wokesters tell you anything different.

I’m awarding everyone involved one point because all I have is this little column so it’s the best I can offer. I counted eight.

That’s almost more awesomeness than I can take in one day — shall we get back to the silliness now?

A dispute, you say.

According to an affidavit, Florida Woman became upset with a man after his chicken pooped on her back patio.

The affidavit said the bucket ended up hitting the man in the face, injuring him.

The story says that Florida Woman “got a bucket of urine from her bathroom.”

Why was there a bucket of urine in her bathroom?

If it was not already full of urine, why was there a bucket in her bathroom?

If Florida Woman took the bucket into the bathroom to fill it before throwing it at another human being, why did she feel the need for privacy?

So many questions, so few answers.

SCORE: Weapon (unusual), water hazard of some kind. Or are those two things really one thing?
TOTAL: 14 FMF Points.

Stop! Or You-Know-Who Gets It

Florida Woman drove into water, pulled knife on herself during rescue

Far be it from me to laugh at mental illness. It just isn’t funny.

That’s why I’m hoping this crazy story involves nothing worse than meth or bath salts:

Gulfport police said they got reports about a woman screaming and a vehicle in the water around 58th Street South and Shore Boulevard South at around 6 a.m.

According to police, the calls said that the woman drove the vehicle into the water on purpose.

With help from the Gulfport Fire Department, officers pulled the woman from the water.

However, while on the way to the ambulance, the woman broke away from the rescue personnel and pulled a knife out of her shirt, police said.

I can’t imagine what I’d do in that situation, but the only way police could disarm Florida Woman and prevent her from harming herself was by shooting her with a rubber bullet.

Let’s hope Florida Woman gets the help she needs.

And a tip of the hat to the police, too, for keeping their cool during a troubling incident.

I feel bad trying to score this story, so let’s not.

I Wanna Party with You, Big Spender

The road to Hell is paved popped balloons.

So the good news is, Florida Man threw one of those fabulous proposal parties and his intended said “Yes.”

But this is Florida so of course there’s more to the story, which naturally ended with an arrest.

A man was arrested and nine citations were issued to several people after an engagement proposal party on a yacht that ended with deflated balloons polluting Biscayne Bay, News4JAX partner station WPLG in Miami reported.

The good news is that Florida Man was not arrested on his engagement night or even at all. It was the party planner who was held responsible:

The event, planned and executed by Cloud Nine, which specializes in romantic proposals, became associated with pollution in Biscayne Bay after a witness recorded video showing people on the yacht popping balloons that fell into the water.

Apparently there was some confusion over who was supposed to clean up the balloons, which marine animals sometimes eat. But then they did get it cleaned up. And Cloud Nine says they’ve stopped using them for parties near water.

So all that was made good.

What wasn’t made good was this: “The crew proceeded to remove balloons … We honestly had no idea until we saw the videos,” Florida Man wrote on Instagram.

“A very special day for us has turned into tons of hate messages.”

A mistake was made and got cleaned up. The busybodies need to leave Florida Man alone.

My favorite part of this story? “Thursday morning.”

A woman’s dream of getting arrested was crossed off her bucket list after she allegedly led deputies on a chase in Florida Thursday morning.

A deputy in Monroe County spotted Florida Woman on Carl Sound Road in Monroe County around 7:45 a.m. on Thursday. He turned on his lights and sirens and tried to pull her over, but Douglas continued driving, according to the sheriff’s office.

She eventually stopped and was taken into custody, the report said.

Authorities said she told them she had wanted to get arrested. It had been on her bucket list since high school, according to the report.

I got arrested once but I don’t go around bragging about it. Besides, the mimes were nowhere near the toolshed when it finally blew up, and Cracker Jack stains are surprisingly easy to remove.

Buddy, Can You Spare a Lyft?

Florida Man claimed he was riding his bike on Providence Blvd. when an unknown man shoved him off of it, pulled out a gun and took the rest of his property before riding off on the bike.

While questioning Florida Man about the incident, deputies noted he made several requests for a ride to his home several miles away, which he was given.

While investigating the alleged robbery, deputies found surveillance video from a convenience store near where Velez had called 911.

According to his arrest report, the video showed Florida Man standing at the entrance of the store in no apparent distress just before the robbery was reported.

#ProTip: When lying to police don’t lie about there being a gun involved.

We only had six scored stories for a total for 23 points, or an average of 3.83.

That’s not bad, but it’s mostly due to the heroics of that crowd of Good Samaritans at Boynton Beach.

When it comes to comical criminal hijinks, I have to admit that Florida Man had an off week.

Maybe there’s something missing in the water?

Michigan Man Arrested For Slapping Girlfriend With A Sandwich

Isn’t it time for commonsense restrictions on high-capacity hoagies?

A story like that can mean only one thing: Florida Man has exactly one week to reclaim his crown of glory in time for the next exciting episode of …