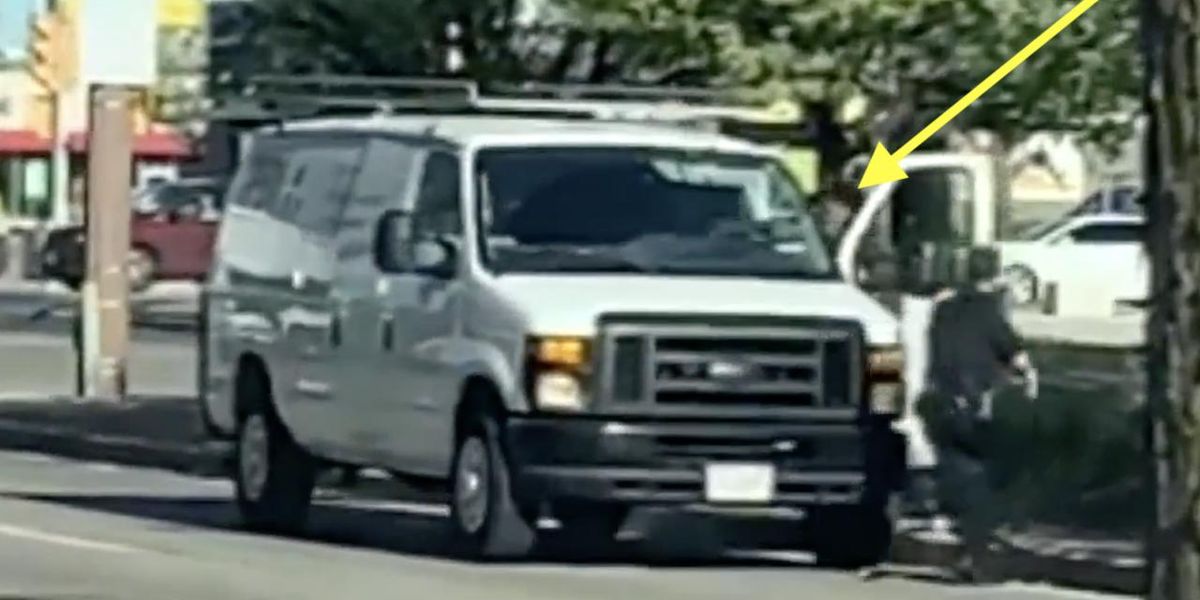 A van driver wasn’t about to let a would-be carjacker take control of his vehicle Tuesday morning in Milwaukee, and the driver fought back and literally kicked the suspect out of his van and let pursuing police take care of the rest.

The Milwaukee County Sheriff’s Office told WTMJ-TV reports came in around 7:30 a.m. concerning a pedestrian holding a traffic cone and approaching a car and striking the vehicle with the cone. The station said the pedestrian reportedly tried to enter the vehicle, but the driver managed to speed away.

Deputies responded but didn’t immediately locate the pedestrian — then they soon eyeballed him on Capitol Drive, WTMJ said.

Cellphone video caught what happened next as the pedestrian was running from deputies before he came upon the van in question.

The clip shows the pedestrian apparently trying to carjack the van, yanking open the drivers’ side door.

The van driver told WTMJ he was on the road for his job and was stopped at a traffic light when he saw a man running on foot through traffic. After the man opened the van’s door, the driver told the station that man grabbed the steering wheel.

But the van driver wasn’t having any of it and told WTMJ he used his foot to shove the alleged carjacker from the van.

The station, citing the sheriff’s office, said deputies approached the suspect, but he resisted. The driver told WTMJ police used a Taser on the suspect, after which law enforcement handcuffed him.

The incident actually took place across the street from the WTMJ offices, and station employees saw the man running from police and multiple squad cars.

Meta Sued For Collecting Private Health Data
Gunfire at DC Juneteenth Street Party Leaves “Multiple People” Shot Including Police Officer
Biden threatens oil companies to produce more even as they are already at full capacity amid skyrocketing gas, diesel prices
Two teens — 15 and 16 — force their way into home, physically attack resident. But victim is armed with handgun and shoots intruders dead.
Republican Sen. Kevin Cramer gets tip of pinky finger stitched back on after injury, but faces risk of infection and possible need for amputation