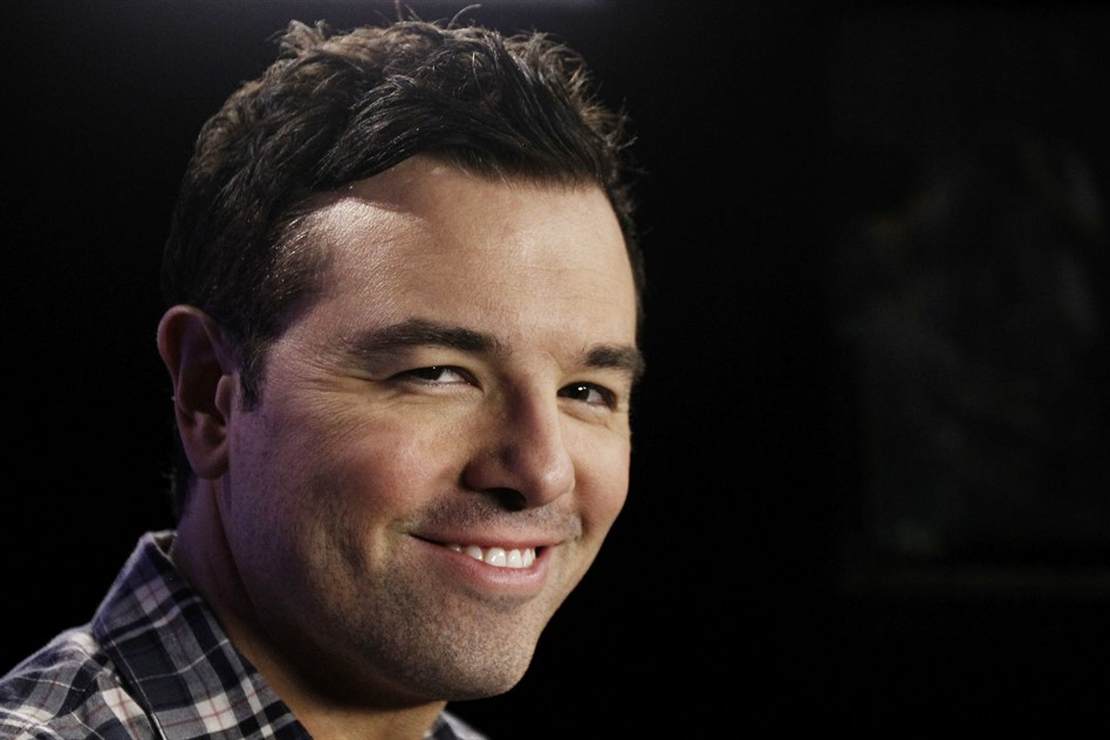 While it’s increasingly difficult not to be barraged with transgender propaganda, Seth MacFarlane, the left-wing creator of The Family Guy, American Dad!, and The Orville, has actually been a brave voice of reason in Hollywood — on the issue of transgenderism, anyway.

On Sunday night, MacFarlane’s animated hit show Family Guy mocked transgenderism in an episode titled “First Blood,” in which adult-brained baby Stewie is convinced he’s experienced his first period after getting hurt on a slide.

In the scene, Brian, the show’s talking dog, attempts to convince Stewie that “boys can’t get their periods.”

I know, right? The horror! But there’s more.

“Brian, it’s 2022,” Stewie retorts. “There’s no such thing as a boy anymore. Or a girl. Just a vast sea of chubby ‘theys’ and ‘thems,’ so coddled by their sanctimonious, woke parents who think activism is virtue-signaling on Instagram. If Martin Luther King could come back and see what they were doing in his name, he’d never stop throwing up.”

Such dialogue couldn’t have been written better even if it were penned by a conservative Republican — which MacFarlane is decidedly not. He donates millions to Democrats and even claimed to be “embarrassed” to work for Fox.

This is hardly the first time MacFarlane has used his hit show to mock trans ideology, even though he has claimed in the past, “My philosophy is live and let live, and if something makes someone happy, and they’re able to do it — as long as it isn’t hurting anybody — live and let live.” MacFarlane says that he’s not setting out to offend anyone, but just get laughs.

Related: Here’s More Proof That the Transgender Movement Is Insane and Extremely Dangerous

The radical left is easily triggered and has no sense of humor. Nonetheless, MacFarlane has tackled the issue of trans ideology before, in a more serious tone. For example, in his Star Trek-inspired sci-fi comedy The Orville, there was a storyline in the third episode of the first season that was undeniably critical of transitioning children.

The episode focuses on the character Lt. Commander Bortus — a member of the Moclan, an all-male race that reproduces via laying eggs — and his mate Klyden. The pair have discovered their child — who has just hatched from an egg — is female. This is an extremely rare occurrence among Moclans and typically results in sex reassignment of the child to male. When Bortus asks the ship’s doctor, Claire Finn, to do the sex-reassignment procedure, she refuses. Bortus attempts to force her to do it by asking Captain Ed Mercer, played by Seth MacFarlane, to give her an order — which he won’t do.

Throughout the episode, the debate over sex reassignment on an otherwise healthy child is debated, with nearly unanimous opposition to it. Bortus himself eventually has doubts about the sex reassignment of his child. However, a Moclan tribunal ultimately decides the child’s fate: she must undergo sex reassignment — which is not portrayed as a happy ending.

The show may be a comedy, but its approach to the issue of transitioning children was straightforward social commentary that wasn’t done for a laugh.

The Orville doubles down on the negative implications of Bortus’s child’s forced sex reassignment in a later episode in the show’s second season, which actually deals with the dangers of pornography and its negative impact on real relationships. In this episode, Bortus finds himself addicted to x-rated fantasies on the ship’s simulator. At one point, Bortus traces his detachment from his mate to the forced sex reassignment of their child.

Hollywood otherwise goes to extraordinary lengths to normalize transgenderism, but MacFarlane repeatedly and unabashedly breaks the mold — and clearly not just for laughs. So the question is, how much longer will MacFarlane get away with it?