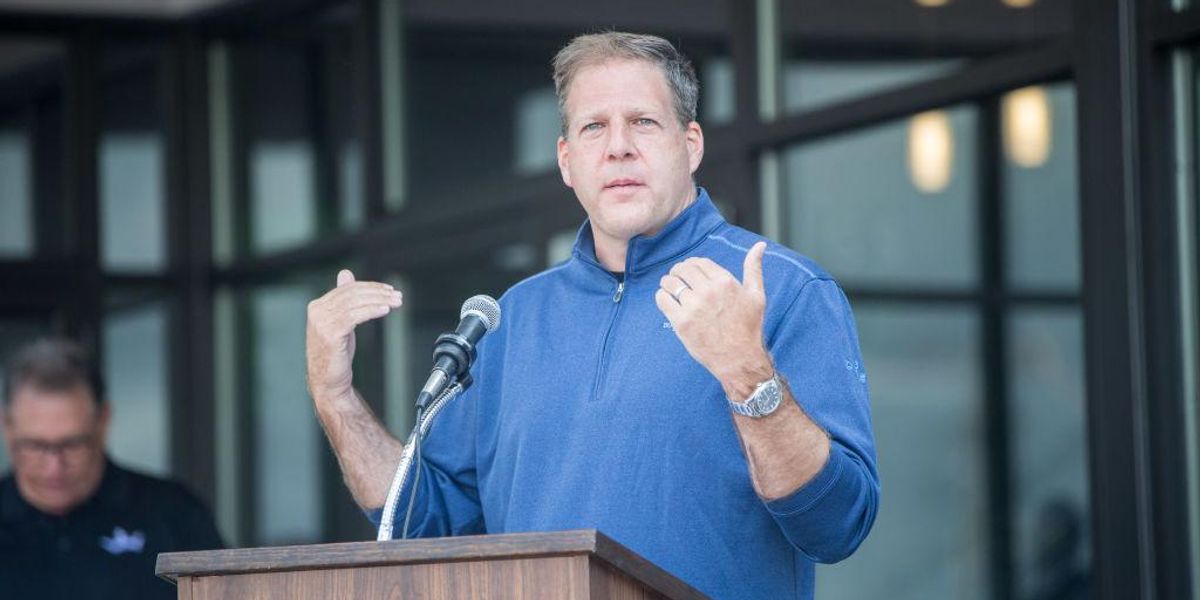 New Hampshire’s allegedly Republican governor believes that the state’s motto, “Live Free or Die,” refers to local governments and not individual human beings. He believes your children have no right to breathe unrestrictedly in school, but local governments have a right to autonomously follow the federal government’s barbaric mask requirements without state input. Likewise, he believes schools have the right to secretly engage in grooming of children, but parents have no right to know. The state government, in his estimation, has no power to interpose between the people’s liberties and local government tyranny.

Whether it’s in health care or education, we’ve been asleep at the switch for years, as government and woke interests work to strip parents of their rights in their children. The stories of hospitals calling child protective services on parents who don’t agree with their treatment guidelines was certainly a wake-up call. But schools’ interference with parental rights has been festering for far longer, particularly among those faculty members who groom kids into the sexual identity agenda. New Hampshire legislators, like others around the country, sought to put a stop to it, but the allegedly Republican governor is vowing to veto their bill.

Earlier this month, the New Hampshire legislature passed HB 1431, a broad parental rights bill, which affirms parents’ rights to be notified of staff interaction with their children in several ways. Among other things, the bill requires that any school official or administrator notify the parents about any action taken toward the student that encompasses one of the following: “student conduct, truancy, dress code violations, sexual harassment, bullying, hazing, behavior management and intervention, substance use, suicide prevention, gender expression or identity, disability accommodation, and special meal prescription.”

You can guess which clause has angered the left. Obviously, any teacher who is into the sexual grooming business is not going to be happy about the need to notify the parent about any communication concerning “gender expression or identity.”

Much to the shock of the legislators, Gov. Chris Sununu put out a statement on Thursday expressing his intent to veto the bill after the Republican attorney general, John Formella, claimed that somehow it could be interpreted as discriminating against certain kids who believe they are transgender. He has since taken down his statement, so it’s unclear when or whether he still plans to veto it.

What else can teachers and administrators in public schools do to your children without your permission? While they are grooming your kids with licentious behavior, they can force them to wear medical devices on their breathing holes. The legislature passed HB 1131, a bill barring school boards and school officials from requiring children to wear masks. Shockingly, Sununu vetoed the bill on Friday, suggesting that somehow local governments have a right to engage in human rights violations and that it’s none of the state government’s business.

“Just because we may not like a local decision, does not mean we should remove their authority,” Sununu wrote. “Similar to our fight to retain states’ rights against a bloated and ever-encroaching federal government, we have a responsibility to ensure the State minimizes its infringement on local control.”

Really? Local governments have sovereignty from states the way states do from the federal government? Not exactly. In fact, New Hampshire has one of the weakest home rule laws, which means the state government controls everything the locals do with regard to education. Is Sununu prepared to abolish the state board of education to defer to the locals on other issues? Bizarrely, Sununu announced in February that the local schools implementing mandates would be in defiance of state department of education regulations. So, which one is it, Chris?

This was Sununu’s first veto of the year, even though the bill had broad backing. The hearings on the bill were packed with parents in support of parental rights and bodily autonomy. The only opponents were the teachers’ unions. Every Senate Republican voted for the bill and nearly every House Republican supported it. However, absent a supermajority, they cannot override his veto.

Rep. Melissa Blasek, one of the original sponsors of the mask bill, was incredulous about Sununu’s actions last week, blunting the momentum of an otherwise pro-liberty session of the legislature. “By vetoing a prohibition on school mask mandates and promising to veto the Parent Bill of Rights, Gov. Sununu has placed himself at war with the parents of New Hampshire,” said Blasek, who has sponsored numerous medical freedom bills in the past two years. “His justification of ‘local control’ for vetoing the school mask mandate bill is laughable, considering he himself tried to end all school masking in February via nebulous executive authority and he is the governor who shut down businesses and quarantined healthy people.”

This is the new schtick of the GOP governors who support the biomedical state. They essentially green-light corporations and local government to be stewards for federal tyranny at the expense of parental and individual rights. They feign conservatism through broad abstract principles, while essentially ensuring that red states are almost as bad as blue states.

This year, the New Hampshire legislature has passed about a dozen medical freedom bills, more than any other state. Time will tell whether he will sign all of them, including the bill making ivermectin available at pharmacies through a standing order and limitations on the governor’s power to extend an emergency declaration. One thing is clear: If New Hampshire had a governor like Ron DeSantis, together with a pro-liberty legislature, it would sure live up to the motto of the state.