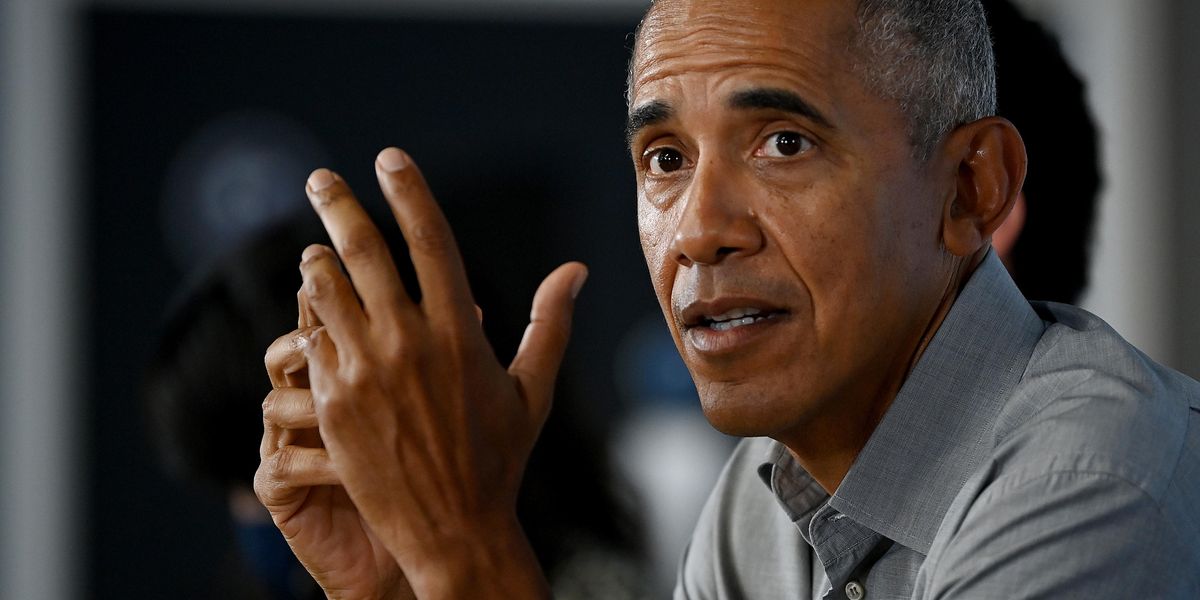 Former President Barack Obama told his 132 million Twitter followers how they could get involved with reimagining policing. George Floyd’s death certainly reimagined policing. You can see the consequences of “Saint George’s” reimagined police force in the reluctant and deliberate reaction to the 18-year-old psychopath Salvador Ramos.

This reimagined system of policing kept officers in the parking lot of an elementary school for 40 minutes while second, third, and fourth graders and two teachers were at the mercy of Ramos, who eventually killed 19 kids and two adults.

Those poor children and teachers were alone with a deranged boy for nearly an hour without facing resistance. Thanks to the police being scared to do their jobs in the wake of George Floyd, they stood in the parking lot for close to 40 minutes debating what exactly to do.

BlazeTV host Jason Whitlock of “Fearless” believed those police officers stood outside that elementary school and rejected men’s natural masculine instinct to sacrifice their safety and lives to protect women and children.

“Man’s instincts have been reimagined in the last two decades, and the left and feminists have told us that our masculinity is toxic. Police are told by the Democratic Party and radical political activists that George Floyd, Jacob Blake, Eric Garner, and Brianna Taylor’s trigger-pulling boyfriend are heroes and law enforcement is the villain. We’ve incentivized police to stand down, stand back, and give criminals a safe space to work out their frustrations,” Jason said.

“Obama’s veneration of George Floyd is an outgrowth of a cultural lot sweeping America. We’ve made heroes of men who contributed nothing to our society and demonize men whose jobs require them to risk everything,” Jason added.

Jason lost a close relative to police misconduct and empathizes with George Floyd and his family. But according to Jason, “The last nine minutes of George Floyd’s life do not make him a hero.”

“Obama is romanticizing George Floyd, and it’s not surprising given Obama’s resume. He’s mixed-race, half black, half white. He grew up in Hawaii and was raised by white people. He attended elite schools, including Harvard. Obama desires street cred, but he knows absolutely nothing about the streets. Other than what he learned from watching his favorite TV show, ‘The Wire.‘ Obama naively thinks George Floyd is ‘The Wire’ character Bubbles — a well-intentioned gold-hearted dope fiend. The truth about Floyd is more like an older just-released-from-prison version of Marquis Byrd Hilton — the violent enforcer Omar Little framed for murder,” said Jason.

“I’m not arguing that Floyd got what he deserved, but no one on the streets cried when Omar lied about Bird in court,” he added. Anyone with an ounce of street sense knows that Obama is playing politics.

Watch the video for more from Jason. Can’t watch? Download the podcast here.