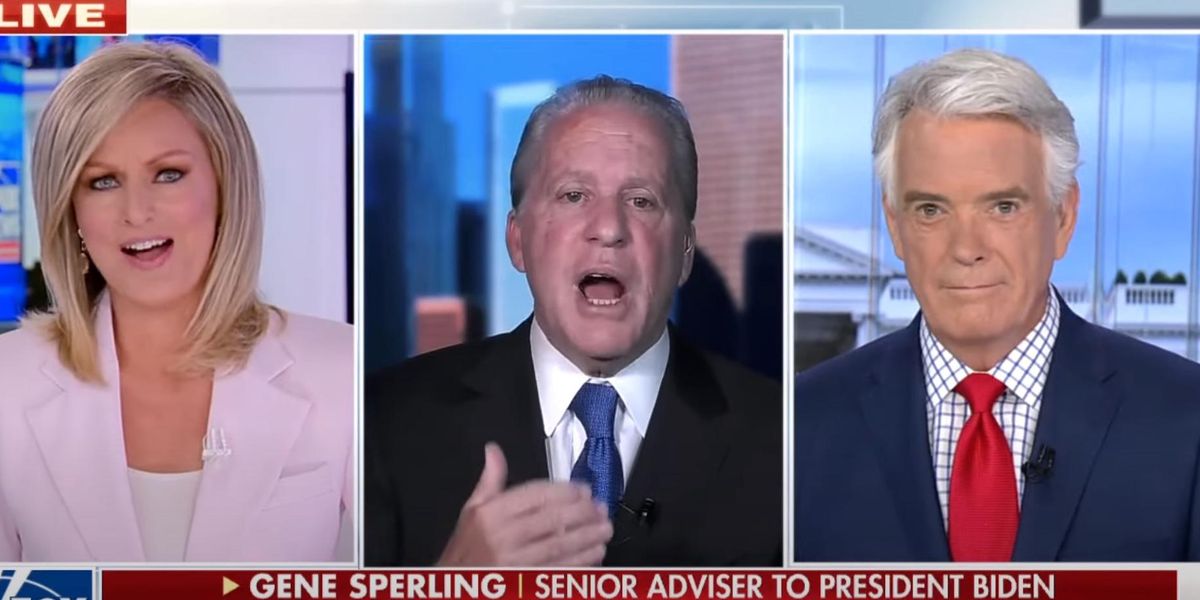 An interview with Gene Sperling, a senior advisor to President Joe Biden, devolved into a shouting match on Fox News when he was challenged to defend the president’s plan on inflation and the economy.

Sperling shouted at co-hosts John Roberts and Sandra Smith who challenged him to explain the missteps of the Biden administration that led to soaring inflation on “America Reports” Tuesday.

“You know the, you know the answer to that!” Sperling responded.

“I’ve explicitly, I’ve explicitly said the opposite!” answered Sperling, who went on to say that the Biden administration will back the independent actions of the Federal Reserve to bring inflation down.

Smith went on to ask Sperling to forecast the future prices of gasoline, but he refused and instead cited economic statistics favorable to the administration.

Later in the segment, Sperling angrily berated the hosts for asking for Biden’s economic plan.

“You know what? I just, you know what? Here’s the deal, I just go through the plan, and you just pretend that I didn’t say it, you just ignore and you just ask the same questions,” Sperling responded, raising his voice.

“It’s your show, if that’s what you want to do, but when I’m going though this and you just interrupt, I don’t see how that’s helping your viewers. Now you can say that you disagree with the plan,” he continued.

“We gave you quite a bit of time to explain!” Smith protested.

“By the way! By the way!” he shouted. “Last time I was on this show, you were upset because I was talking about the Rick Scott plan!”

Sperling went on to argue that Republicans didn’t have a plan to address the economy while angrily claiming he had tried to present Biden’s economic plan but was being interrupted by Smith and Roberts.

Elsewhere in the interview, he touted the administration’s track record on job recovery while admitting that they needed to transition towards battling inflation.

Polling shows that most Americans blame Biden and his high spending policies for damaging inflation and the state of the economy.

Here’s the full video of the Sperling interview:


Biden adviser grilled on when gas prices will come down