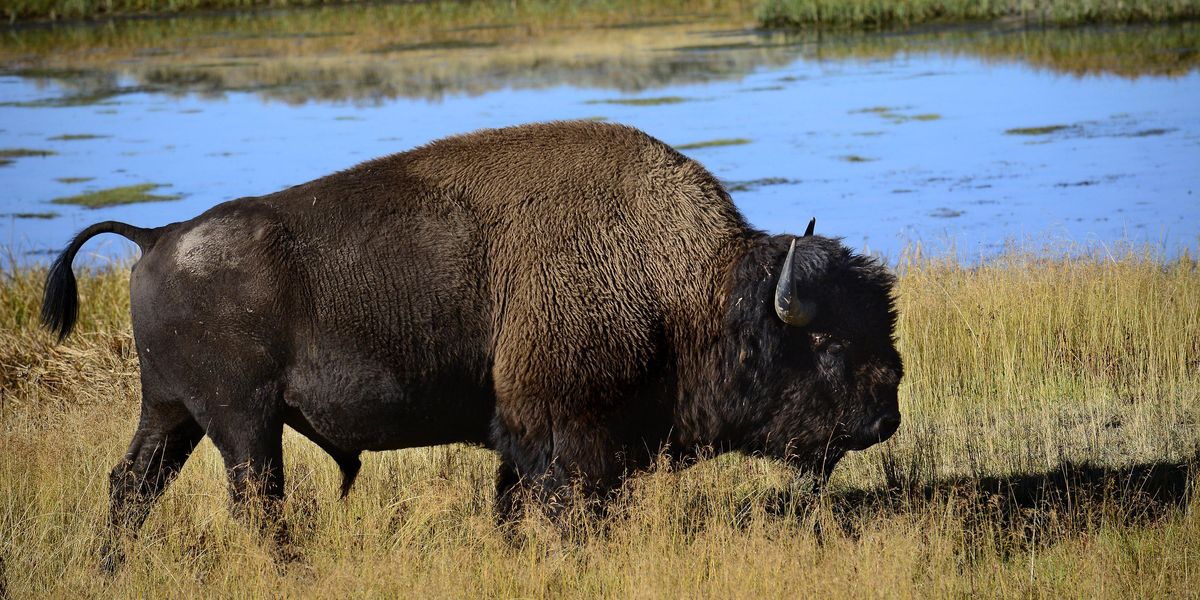 A bison gored a woman and tossed her in the air as she visited Yellowstone National Park in Wyoming on Monday,
NBC News has reported.

The woman, a 25-year-old from Ohio, has yet to be identified.

According to the report, the woman approached the bison on Monday morning despite warnings to remain more than 25 yards from the animals. When she came within 10 feet of the aggressive bison, it charged her, gored her, and tossed her 10 feet into the air.

In a statement on the woman’s death, the National Park Service said, “The woman sustained a puncture wound and other injuries.”

The service added, “Wildlife in Yellowstone National Park are wild and can be dangerous when approached. When an animal is near a campsite, trail, boardwalk, parking lot, or in a developed area, give it space. Stay more than 25 yards (23 m) away from all large animals — bison, elk, bighorn sheep, deer, moose, and coyotes and at least 100 yards (91 m) away from bears and wolves.”

The statement continued, “If need be, turn around and go the other way to avoid interacting with a wild animal in close proximity. This is the first reported incident in 2022 of a visitor threatening a bison (getting too close to the animal) and the bison responding to the threat by goring the individual. Bison have injured more people in Yellowstone than any other animal. They are unpredictable and can run three times faster than humans.”

The female victim was transported to a medical facility in Idaho for treatment. However, she later died from the injuries sustained during the encounter.

Two other people who were said to be with the female victim were unhurt during the incident.

The incident remains under investigation at this time.