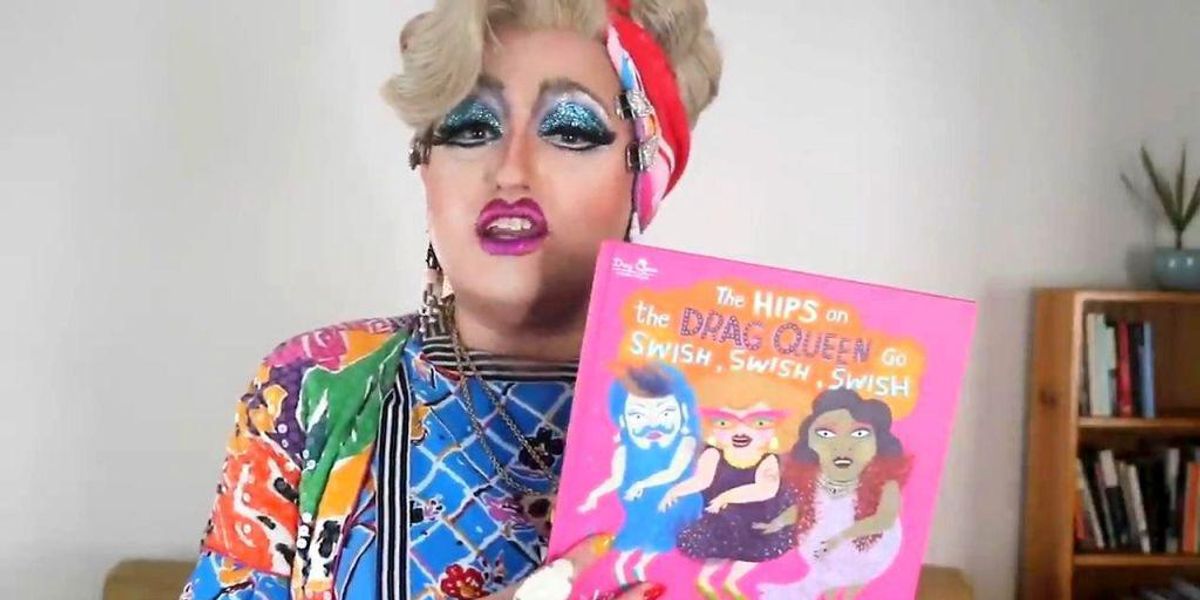 A drag queen known as “Lil Miss Hot Mess” has authored two children’s books that swap the lyrics of well-known songs for words that focus on drag.

u201cIf You’re A Drag Queen and You Know It is officially out today! Huge thanks to the entire team at @RP_Kids, @olgadedios, and @LindsayEdgecom1 at @LGRLiterary for making this magic with me! u2b50ud83dudc83u2728u201d

The book follows the 2020 release of a similar book titled “The Hips on the Drag Queen Go Swish, Swish, Swish,” which replaces the lyrics of “The Wheels on the Bus.” A book description says that the “playful picture book offers a quirky twist on a classic nursery rhyme by illustrating all of the ways to ‘work it’.”

The concept of introducing children to drag remains very controversial.

While many individuals have been disturbed by the Drag Queen Story Hour movement which involves drag performers reading books to children, others, including Democratic Rep. Carolyn B. Maloney of New York, have expressed their support for the events.

“I had the honor of assisting with a Drag Queen Story Hour in New York in April,” Maloney tweeted on Thursday. In April, Maloney said in a tweet that “thanks to @NYPL and programs like Draq Queen story hour, NYC’s next generation are getting a well rounded education about LGBTQ+ issues and gender identity.”

u201cAcross the country, books are being banned, which are depriving our nationu2019s youth. nnBut thanks to @NYPL and programs like Draq Queen story hour, NYCu2019s next generation are getting a well rounded education about LGBTQ+ issues and gender identity. nn@YuhuaHamasakiu201d

Lil Miss Hot Mess has claimed that “In story hour events, drag is mobilized in age-appropriate ways to encourage kids and families to explore curiosities about culture and history, learn about the diversities in their communities, and stand up for what they believe in.” The drag queen continued, “Events are inclusive and insightful: from the moment they begin, children’s attentions are transfixed by the multi-sensory experience of drag, and they come away not only with a love of reading but with the confidence to be their boldest selves.”

The Libs of TikTok Twitter account recently got slapped down by the social media giant for a tweet regarding a “MEGA DRAG THREAD” that includes examples of various drag events related to kids — “Last night, I received a notice that I was locked out of my account for ‘abuse and harassment’ and Twitter demanded I delete my mega drag thread post,” Libs of TikTok noted Thursday evening in a post on libsoftiktok.com.

“I’m back! Apparently posting videos and flyers of drag events is abusive but the actual events are just ‘innocent family friendly entertainment,'” Libs of TikTok tweeted on Thursday when returning to Twitter.

u201cIu2019m back! Apparently posting videos and flyers of drag events is abusive but the actual events are just u201cinnocent family friendly entertainmentu201du201d