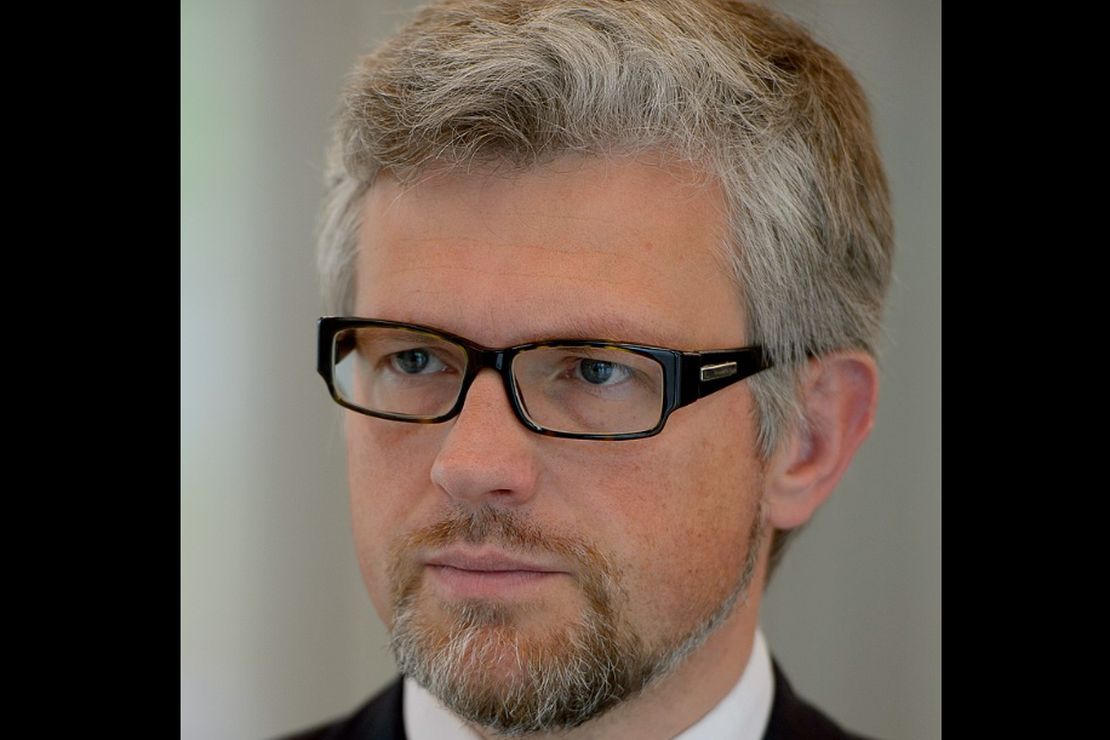 This should have been a Monty Python sketch, along the lines of the “Dead Parrot” classic.

Yet there was barely a peep in the American press—I found a single passing mention in the Washington Post and nothing elsewhere—and not a word from any American Jewish organization.

The incident was a top item in every major German news outlet, but unmentionable in the American media, not to mention polite company. Echo-chamber-driven group-think has achieved a new dimension of control.

Israel’s embassy to Germany had declared: “The statements of the Ukrainian Ambassador are a distortion of the historical facts, a trivialization of the Holocaust and an insult to those who were murdered by Bandera and his people. The statements of the ambassador undermine not only the values that we all treasure, but also undermine the brave fight of the Ukrainian people to live in peace and with democratic values.”

Holocaust denial is sadly endemic, but I can think of not a single instance in the past generation when a senior official of a Western-allied country—let alone one that will receive $70 billion in aid from the United States—openly and unashamedly defended a perpetrator of genocide against Jews. Yet that is what Ukraine’s Ambassador Andrej Melnyk did vehemently and without shame.

You have to see it to believe it.

Melnyk said, “Not just for me, but for many, many Ukrainians, he personifies the freedom fighter… and of course a freedom fighter… There are now written laws for those who fight for freedom. Robin Hood is also respected by everyone, and he also did not work according to the law current at the time.”

The astonished German interviewer said, “And you admit that he and his men were involved in the murder of 800,000 Jews?”

“No, he was not involved,” said Melnyk

The interviewer protested, “But it was his army. That’s what his men did. There is no doubt about that.”

Melnyk retorted, “You say, ‘No doubt,’ but there is no evidence. He was not convicted.”

“There is no evidence that he killed Jews with his own hands, but his men did!” the interviewer insisted. “He ordered the murder of 100,000 civilians.”

“He did not give the order to exterminate Jews,” Melnyk continued.

Melnyk replied frostily, “I’m not going to tell you today that I’m distancing myself from it. That is all.”

Even more astonishing: The Ukraine foreign ministry’s spokesman Oleg Nikolenko declared, “The words of the Ambassador of Ukraine to Germany Andriy Melnyk, expressed in an interview with a German journalist, are his personal opinion and do not reflect the position of the Ukrainian Foreign Ministry.” In any civilized country, Holocaust denial would be instant grounds for dismissal and exclusion from decent society. Not so in Ukraine: Melnyk’s outrage is merely his “personal opinion,” and by implication a legitimate personal opinion. The Ukrainian government in 2007 erected a monument to Bandera in Kyiv. He’s still too popular for the Zelensky government to denounce.

But surely the government of the United States, with its concern for human rights all over the world, has some say in the matter after pledging $70 billion to Ukraine? Surely one can remonstrate with an ally if our ally does something outrageous?

I asked the State Department press office if it had anything to say, and received this reply via email: “We’d refer you to the Governments of Germany and Ukraine for any further comment.”

And what of the Jewish organizations? “Andrej Melnyk” is akin to Amalek, Israel’s persecutor in the Book of Exodus, and the rabbinic name for all the entities who have sought to exterminate the Jews over millennia. One would think they would take a hint.

But American Jewish organizations are keeping their heads down. The whole of the U.S. body politic signed on to the great crusade against Putin. This has gone badly. After initial reverses, the Russian army reverted to the meatgrinder tactics it knows best, and now appears to control the whole of the Donbas. Russia’s economy didn’t shrink by half, as Biden boasted it would in an April 4 tweet, but proved remarkably resilient. On the contrary: The economic blowback at the West worsened an already-intolerable inflation rate, and threatens to shut down large parts of the German economy, which depends on Russian natural gas. There is nothing to do about the collective humiliation of the institutions of American civil society except to close ranks and cover each other’s posteriors. It’s scandalous, embarrassing, tawdry, and ridiculous all around.

The quail are using shotguns

To kill hunters by the dozen!

The cow has barbecued the cook,

We went through the same exercise in national self-deception during the Iraq-Afghanistan wars, especially in 2008, when criticism of the short-lived Surge was grounds for expulsion from decent society. Everyone had signed onto the great crusade to make the world safe for democracy, everyone was complicit, and everyone stood to lose bigly at the exposure of our collective stupidity. Donald Trump had the brains and gumption to declare that the emperor had no clothes, and grateful Americans made him president. The outraged Establishment spent the next four years trying to frame him for “Russia collusion” or whatever.

The Ukraine disaster is worse: If we are beaten by Russia’s capo di tutti capi with an economy the size of Texas, the humiliation will be all the greater. No one actually won in Iraq or Afghanistan; we were short 5,000 dead Americans and $6 trillion. But in this case, our strategic rivals will be the winners. The dudgeon of the defeated Establishment will be all the fiercer.

As I wrote on June 19, “Donald Trump is magnificently right about Ukraine.” For all his failings—and I have not hesitated to call attention to them—Trump is a realist who wants a good deal for the United States, and he has contempt for the utopians who will risk the American homeland to propagate their vision of a new world order.