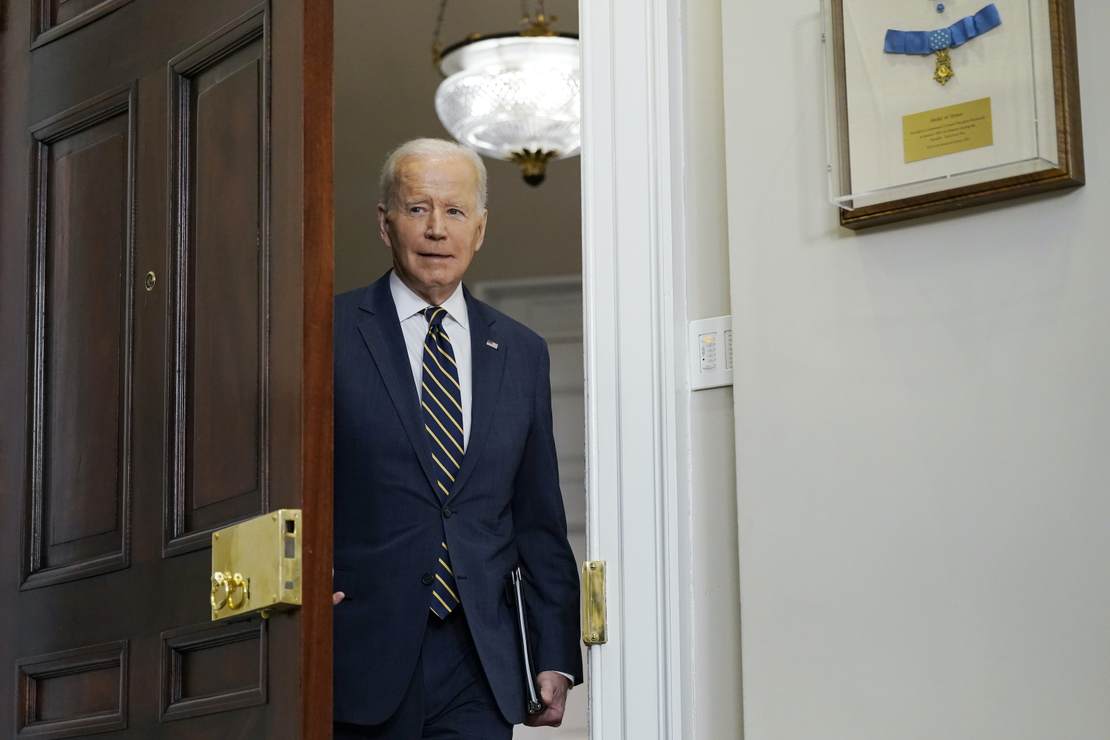 Emails from Biden White House aide Kathleen Marshall to an aide in Kentucky Gov. Andy Beshear’s Washington office, Coulter Minix, confirm Biden’s intention to nominate pro-life judge Chad Meredith to the federal bench in Kentucky despite denials from the White House and the Democratic governor’s office that any deal was in place.

The email from Marshall headlined “Close Hold,” was sent on June 23 and said simply “To be Nominated tomorrow” and then gave background information on Meredith.

Less than a day later, the Dobbs decision dropped, and Rep. John Yarmuth (D-Ky.), who had strongly objected to the Meredith nomination, went ballistic, calling Meredith “an extremist.”

Biden didn’t name Meredith the following day, and the White House denied that any nomination was imminent.

It wasn’t until June 29 that the White House backtracked and wanted Minx to change the narrative. “Sorry for not including this in the original e-mail but I wanted to clarify that the e-mail I sent was pre-decisional and privileged information. Please let me know if you have any questions.” That’s not what was said in the June 23 email, but who’s keeping track?

On Tuesday, White House press spokesperson Karine Jean-Pierre insisted there had been no deal. “We make it a point here to not comment on any vacancy, whether it is on the executive branch or the judicial branch, especially those that the nomination has not been made yet,” Jean-Pierre said.

Biden made a deal with Senate Minority Leader Mitch McConnell (R-Ky.) to name the pro-life Meredith to the federal bench in return for McConnell allowing some Biden nominees to be confirmed.

Beshear and Yarmuth have publicly denounced the White House’s intention to nominate Meredith, who worked on controversial pardons Bevin issued during his final days in office, including people convicted of murder and child sex abuse.

“I mean, these are individuals who were pardoned who are walking free today, despite committing terrible violent crimes,” Beshear said last week. “Seeing this, I don’t know how the president could say he’s for public safety.”

It was pretty tone-deaf of Biden to name a pro-life judge just as abortion was becoming an issue for hysterical Democrats. Indeed, even suggesting naming an anti-abortion judge prompted Planned Parenthood Federation Of America, NARAL Pro-Choice America, National Women’s Law Center, National Council Of Jewish Women, All* Above All Action Fund, URGE, Catholics for Choice, and Physicians for Reproductive Health, to issue a joint statement.

“We are in a national abortion crisis,” the groups stated. “We are in this moment because anti-abortion judges were intentionally nominated at every level to take away our fundamental right to abortion — and given his record, we know Chad Meredith would be no exception.

“Chad Meredith should not be nominated to a lifetime judgeship. This is unacceptable at any time, but especially on the heels of six Supreme Court justices taking away a fundamental right from millions of people.”

This is not an issue that will blow over anytime soon, nor will the radical left forget Biden’s betrayal of their cause so quickly. Biden, who was at one time a nominally pro-life congressman, has never been able to convince the hard left of the legitimacy of his abortion credentials. The Meredith screw-up only confirms their doubts about him.

Mika Presses Democrat: Why Would Anyone Question 2nd Term for ‘Really Eloquent’ Biden?
Here are 3 ways the ‘Inflation Reduction Act’ WILL impact you (Hint: NOT by reducing inflation)
TikTok Moderators Were Trained Using ‘Graphic Images of Child Sexual Abuse’: Forbes
Rep. Liz Cheney ‘would find it very difficult’ to back Ron DeSantis for president
‘She-Hulk’ director says complaints about bad CGI come from ‘our culture’s belief in its ownership of women’s bodies’