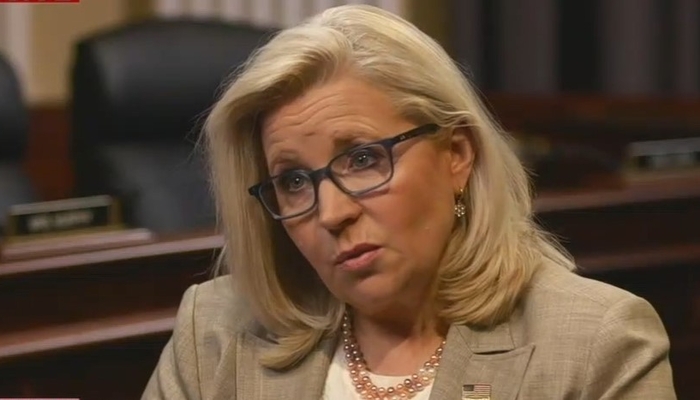 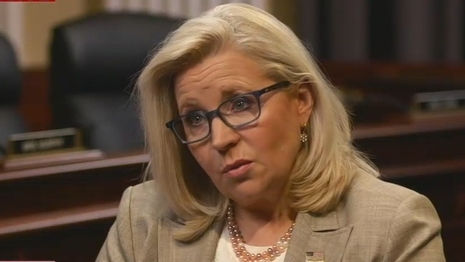 We know that liberal journalists have descended into a nasty habit of associating the Democrats with democracy and the Republicans with authoritarianism. But Time magazine took it its illogical dead end: Liz Cheney getting trounced in an election was some sort of Stalinist liquidation.

The headline was “The GOP Just Borrowed a Soviet Skill and Disappeared Liz Cheney.” If you’ve been around a while, you know why this spin is funny. Time magazine made Mikhail Gorbachev the “Man of the Decade” and honored him as the “communist Pope and the Soviet Martin Luther.” So maybe Liz Cheney is their Gorbachev now. Don’t send her to Lithuania.

Philip Elliott (once an AP reporter) caustically wrote: “It’s not just the Soviets who are masters of disappearing someone. Just look at Wyoming, where voters this week drubbed a former senior member of the Republican establishment out of office on orders from former president Donald Trump.”

Elliott noted that after Cheney aligned herself with Nancy Pelosi and her suddenly “bipartisan” January 6 probe, the House Republicans “booted her. The Wyoming Republican Party and the Republican National Committee both censured her. And then Tuesday’s results completed the process. It was a disappearing that would have made the Cold War Soviets proud.“

Except she wasn’t executed! She didn’t actually disappear! The liberals can’t stop spotlighting her! Trump has a Politburo, like America is a one-party state. At least Elliott acknowledged “Her performance made her a darling of liberals who not that long ago thought the Cheney clan to be some of the worst people in America.”

That would include…Time magazine, which gave a “Top Magazine Cover” in 2007 to the liberal Texas Monthly for a cover of photoshopped Dick Cheney holding a rifle next to the words “Buy This Magazine or Dick Cheney Will Shoot You in the Face.“

Elliott continued his farce of an article:

Still, it’s worth treating the current roster of Republicans like a Politburo postcard. Of the 10 Republicans who voted for Trump’s second impeachment, eight will not be returning next year. Trump worked aggressively against nine of them and has a near-perfect record. Almost everyone not standing with Comrade Donald was cut from the roster, erased from the picture.

Four of them retired.

Elliott concluded wistfully: ”Cheney shows bravery by fighting to stay in the frame, but she is likely to find it is nearly impossible to change a party without powerful allies on the inside to sponsor the effort…The open question is if Cheney can jam the gear with sufficient force to at least make it lurch, or if the machine will keep grinding her further and further from real power.”

Alexander Hall at Fox News noted Washington Examiner columnist T. Becket Adams commented with sarcasm, tweeting, “Losing by 38 points in a free and fair democratic election, rejected overwhelmingly by the people who elected you in the first place, just like in the Soviet Union.”

He observed in a following tweet that “The people who say they love and respect democracy the most sure talk as if the voters have no agency or authority in the democratic process.”