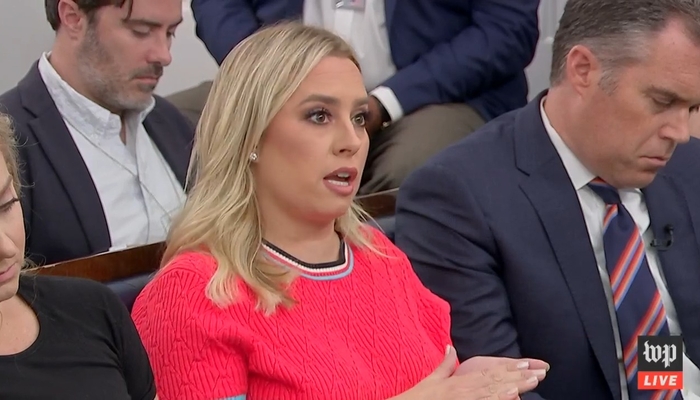 Thursday’s White House press briefing represented the massive political landmine that’s become the Biden administration’s plan to forgive $10 to $20 million in student loans for Americans making under $125,000 as, for the second day in a row, reporters from across the political spectrum had serious concerns about its legality, purpose, and rollout.

Fox’s Jacqui Heinrich got her first crack at Press Secretary Karine Jean-Pierre in a some time by pointing out a basic truth about the disconnect between the alleged legal justification for the bailout and the administration’s rhetoric about the pandemic:

The Heroes Act hinges on student debt cancellation being tied to the pandemic and that being a national emergency, but the administration argued in court that the pandemic is over at the southern border to lift Title 42. It’s so over that the government is going to stop buying vaccines in the fall and shift to the private sector.

“[H]ow is COVID a national emergency when it comes to student debt,” she asked. 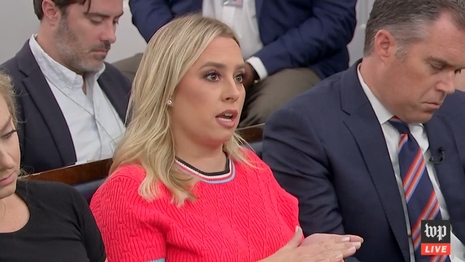 Jean-Pierre insisted “it’s a good question and I’m glad you asked it,” explaining the Heroes Act (which was enacted after 9/11 for first responders) fit “because there are going to be some people when we lift the pause that’s still going to suffer” with their remaining student loan payments.

Heinrich asked if it’s due to the economy, but Jean-Pierre insisted it was based on their earnings versus the payments since “the economy has been turned back on because of the work that this President has done.”

[T]he President often says…we’re not in a recession because we’ve got…record job market, record low unemployment, businesses investing in America at record rates. So why are those appropriate conditions to forgive student debt?

Despite the record inflation and high gas prices, the press secretary acted as though Heinrich had done her a favor and thanked her “for laying out all the work that the President has done.”

Heinrich closed with the reality that even the liberal “Washington Post editorial board says that…it, you know, takes money from the broader tax base, mostly made up workers who didn’t go to college, to subsidize education debt of people with valuable degrees.”

Heinrich added how, beyond that, “there are critics that are saying this is not about the pandemic. It’s not about those conditions. This is about getting people to vote ahead of the midterms, that the real national emergency is Democrats in the midterm elections.”

Jean-Pierre hit back that she “disagree[s] with everything that you just laid out” and noted that some Democrats are unhappy because it wasn’t big enough.

CBS’s Christina Ruffini was a repeat from Wednesday and continued with the hardballs: “[I]f you don’t know how much it’s going to cost, how can you guarantee that it’s going to be paid for, even if you’re defining ‘paid for’ in a way that some of us have questions about.”

Over in the liberal column, The New York Times’s Michael Shear brought the receipts on the administration’s sudden pivot in rhetoric on the deficit and new spending (click “expand”):

SHEAR: If I could go back to something my Fox colleague asked as yesterday, and that’s about the — the — the — who paid pays for this.

SHEAR: So, I did a search last night for the phrase “fully paid for” coming from that podium and from — in President Biden’s speeches to — during the last year and a half and found scores of them. I promise, I won’t read them all. But just a couple. You quoted experts saying that the package — referencing, the IRA —would “quickly and noticeably bring down health care costs for families would be more than fully paid for.” Jen Psaki talked about on February 2nd, “he’s committed to sustainable and responsible policy in ensuring that our long-term investments are fully paid for like Build Back Better.” Brian Deese, talked about packages that would be fully paid for across time. The president in multiple speeches talked about this bill — this is December referring to the BBB — as fully is paid — fully paid for, won’t increase the deficit. Anyway, the question is —

SHEAR: — do you all do you all believe that this — this Student Loan program is fully paid for and if it’s not, why does the president think it was important to have all of his other spending priorities fully paid for to be fiscally responsible, but not this one.

JEAN-PIERRE: So we do — we — so — this — again, this is the question that my colleague here — Ambassador got, so it, we have to get a better sense — right — of what we’re talking about as far as costs. Wait, let me just — let me just say that out loud. She is — she is the domestic policy adviser and when she was asked this question, so I wanted to reiterate what she said, but we do believe it will be fully paid for because of the — because of the work that this President has done with the economy because of what you just said. Well, what I just said is what we have done to — to bring down the deficit, the deficit reduction that matters in the work that we’ll continue to do.

SHEAR: Just to clarify though, the previous — whether it was the Build Back Better proposals or IRA or — or the infrastructure bills — those were, in the words of the administration, anyway, fully paid for you internally.

SHEAR: — cause this one doesn’t have any pay-fors, right?

SHEAR: There are no — there are no mechanisms that, internally — to this that would raise money at the same time that it’s spending money.

NBC’s Peter Alexander was also on the case by highlighting an analysis from the Committee for a Responsible Federal Budget that predicted it would take only five years for the amount of student loan debt to reach the amount that’s being forgiven, so people will wonder if Biden would make a move again.

But none are as big of a Biden administration shill as The Post’s Matt Viser, so when he at least acts unconvinced, it’s trouble (click “expand”):

VISER: But how is it fiscally response?

JEAN-PIERRE: I mean, the way that — the way that we are talking about it and what we’re trying to say is we — the actions that we have taken and you see this with the way that the deficit has been reduced we have taken just the last 19 months, and I see that look that you’re giving me there.

VISER: I hear that argument that you had taken previous fiscally responsible actions —

VISER: — response — not being fiscally —

To see the relevant transcript from August 25’s briefing (including a question about religious persecution by the far-left Ortega regime in Nicaragua), click here.

Could the Red Wave Actually Be a Tsunami?
Sunny Hostin of ‘The View’ ACCUSES Nikki Haley of trying to hide her heritage
When the Washington Post Breaks Out ‘Both-Sidesism’ — Victims of Communism Museum!!
The Democrats’ Goose Still Looks Cooked in November
San Francisco passes legislation allowing police access to private surveillance cameras