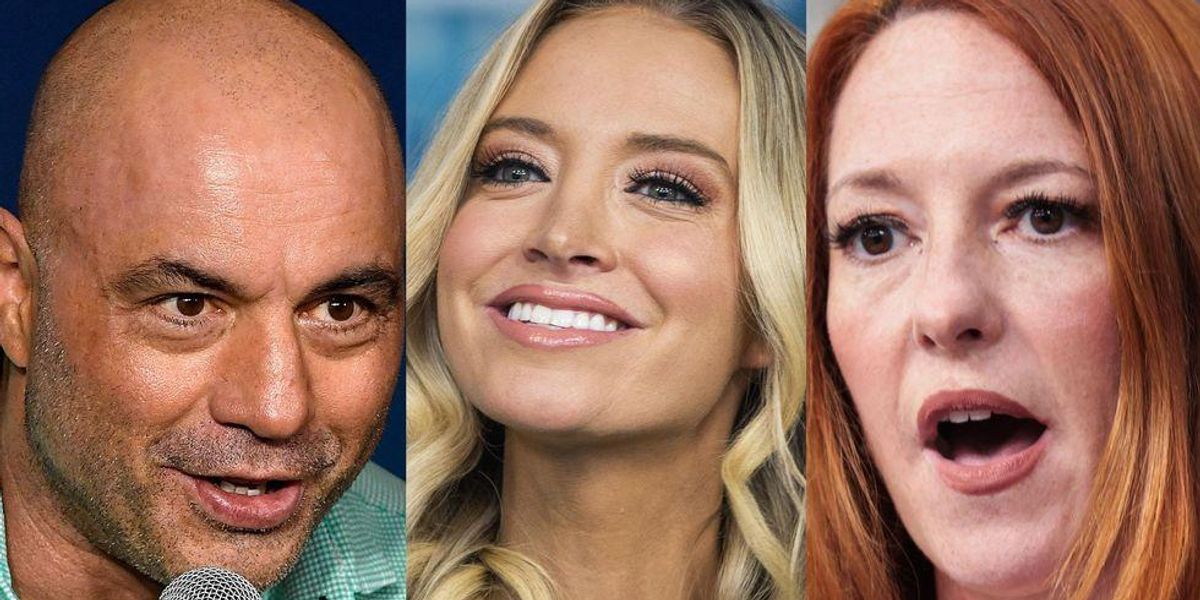 Podcast superstar Joe Rogan appeared to touch a raw nerve when he opined that a Trump-era White House press secretary was far better than her successor, Jen Psaki, from the Biden administration.

Rogan made the comments on his podcast with Green Bay Packers quarterback Aaron Rodgers.

“She was a propagandist, I mean when she working for the White House, she’s this person that answers questions, and most of it, the hard questions were all by Peter Doocy on Fox News, he was like the only guy that was pushing back against her,” said Rogan.

“And she just f***ing flat out lied, on not just one occasion, on multiple occasions,” he added. “I mean maybe they had a narrative that they told her, maybe these are talking points, maybe that’s her job.”

He went on to say that he thought the job was weird.

“The only one that was good was that girl, McEnany, what’s her name? Kayleigh McEnany, that one that worked for Trump, that lady was a f***ing assassin. That lady had like binders, with footnotes,” Rogan continued.

“That lady was the best ever at that job,” he added. “She’s the f***ing Michael Jordan of White House press secretaries. She’s a f***ing wizard.”

Fans of Psaki were incensed that Rogan would make such a suggestion and they registered their fury on social media.

“Jen Psaki was an educated, articulate professional. Plain and simple. Joe Rogan is a professional idiot, and concerned with only enriching himself. See the difference?” read one popular response.

“Joe Rogan is a useless piece of s*** and he needs to keep the name Jen Psaki out of his ignorant mouth,” read one tweet.

“This whole trend is one of the funniest things I’ve ever see. Joe Rogan wouldn’t make it out of the first 10 seconds in any kind of fight with Jen Psaki. Rogan’s a f***ing idiot compared to Jen. It’d be like Tweety Bird in a ring with a pit bull,” wrote another detractor.

“Joe Rogan is a f***ing idiot. Jen Psaki put dumbass Douchy in his place daily. Kaylee McEneny had a binder full of blank pages. God damnit I hate how many people listen to his numbskull takes every day,” read another tweet.

Rogan also angered many on the left when he said on the same podcast that the only way to avoid another damaging pandemic lockdown would be to vote for Republicans.

Here’s a segment from the Rodgers-Rogan podcast: