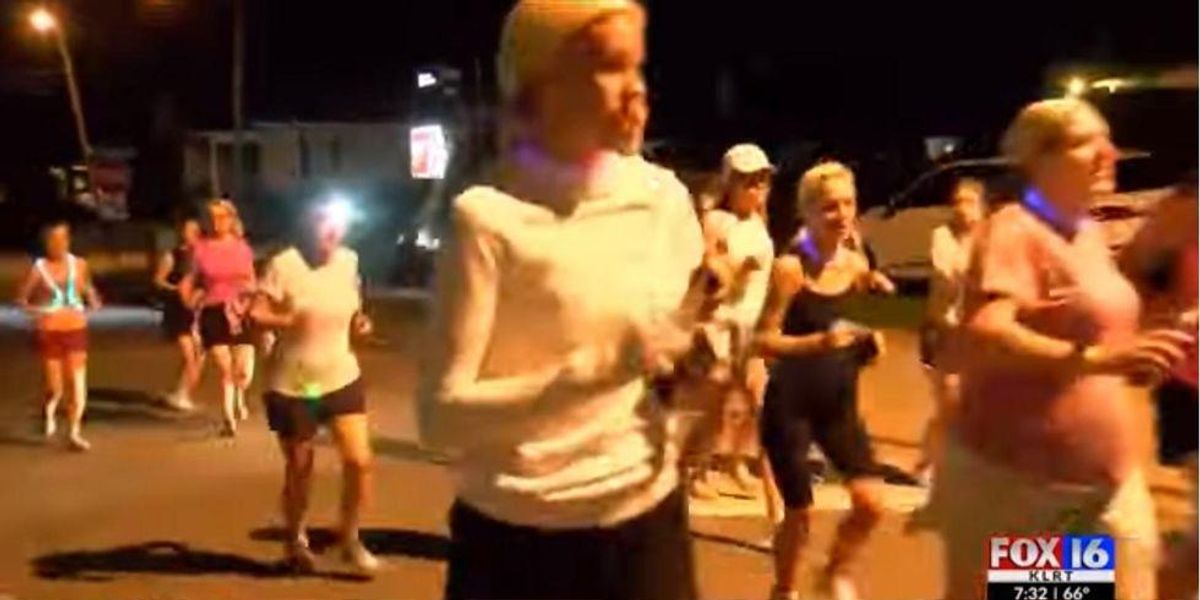 Thousands of runners, athletes, and people of good will — many in pink tops and purple shorts — rose early Friday morning and went out for a jog to honor a young mother and teacher who was kidnapped while out on a run near the University of Memphis last week and subsequently murdered.

On September 2, Eliza Fletcher, a 34-year-old mother of two and a beloved kindergarten teacher, went out for her usual jog at 4:30 a.m. in Memphis and never returned. Surveillance footage showed that at some point during her run, Fletcher was attacked and forced into an SUV. On Monday, police discovered a body and confirmed on Tuesday that it was Fletcher.

She had been wearing a pink top and purple shorts at the time of her abduction.

Cleotha Abston, 38, a felon who served two decades in prison for kidnapping another prominent Memphis resident, was arrested and charged with kidnapping and murdering Fletcher. He is currently being held in the Shelby County Jail on a $500,000 bond. He appeared in court on Tuesday, but has otherwise refused to cooperate with the investigation.

Because of the viciousness of the crime and the sense of loss over the death of such an innocent victim, many around the country determined to honor Fletcher’s memory and complete the run she began a week ago. The loosely-affiliated event, dubbed “Finish Eliza’s Run,” has spread far and wide. There are reports of runners in Pittsburgh, Baton Rouge, Boston, Little Rock, Nashville, and even Memphis, all gearing up to run to remember Fletcher.

“We wanted to come together as a community to finish Eliza’s run but also to highlight the safety concerns for runners and women,” said Maureen Stevens, one of the organizers of the Baton Rouge, Louisiana, event. “Liza was a mom. She was a teacher. This is the only time she had to run.”

One Facebook group organized a run in Memphis which followed Eliza’s favorite path, and WREG Memphis reported that “thousands of women” showed up to participate.

Fletcher, a seasoned athlete, typically ran 8.2 miles, a distance much too difficult for even regular joggers. To make “Finish Eliza’s Run” accessible to more people, some event coordinators have simply encouraged participants to engage in some kind of physical exercise — running, walking, cycling, swimming — for any distance or length of time in honor of Fletcher.

“You can complete any distance you would like, any where you feel safe, at any time,” one virtual event states.

Fletcher taught kindergarten at St. Mary’s Episcopal School, where faculty and students lit candles to honor her memory. Her funeral will be held on Saturday.

Liberal Journalist Thinks The Constitution Must Be Rewritten To Stop Donald Trump
Newsom’s 10-Year Plan to End Homelessness Sounds Great – But This Video Is from 2008
Pro-Putin ideologue predicts World War III as Russian leader calls up 300,000 reservists for war in Ukraine
Texas town flies 4,000 sq ft American flag: ‘We want to show how patriotic we are’
VIDEO: Iranian Regime Thugs Fire on Protesters from their Motorcycles – Drive-By Killers