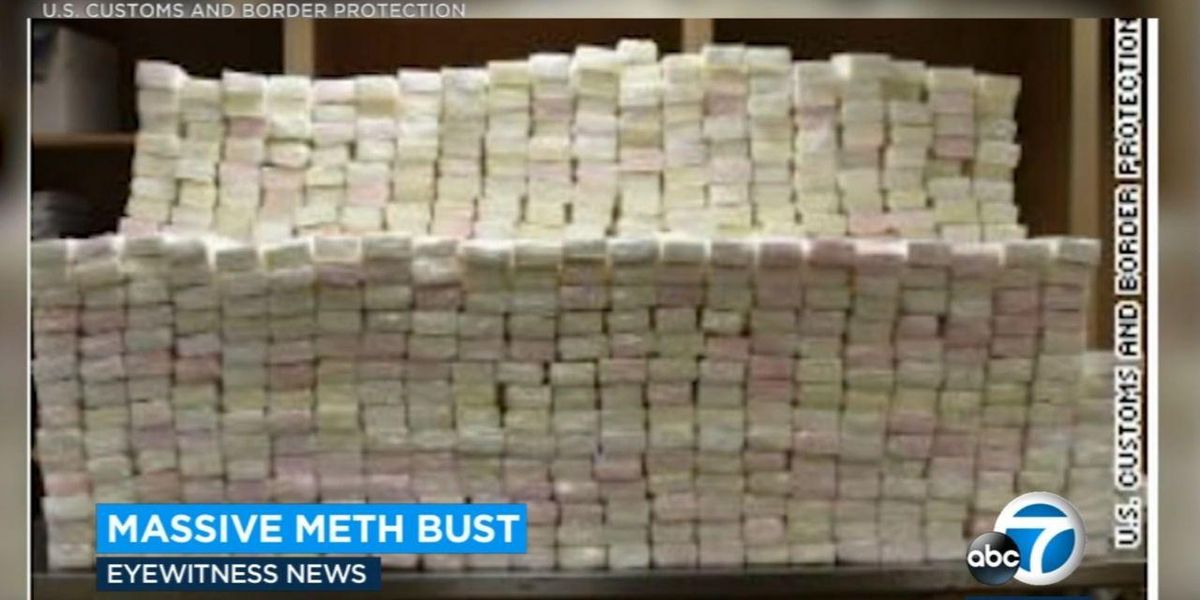 On Labor Day at the Del Rio International Bridge, a Customs and Border Protection officer requested a second inspection for a truck hauling diesel tank reservoir containers. Authorities conducted a non-intrusive inspection of the vehicle using a sniffer dog to detect any potential drugs.

The secondary inspection uncovered 320 packages containing 1,337 pounds of alleged methamphetamine. Customs and Border Protection estimated a street value of $11.9 million for the drugs.

“This is a massive seizure of methamphetamine, it is largest in the history of the port, and it reflects the steadfast commitment of our officers to the CBP border security mission and their effective application of technology, training, and experience,” said port director Liliana Flores.

U.S. Immigration and Customs Enforcement-Homeland Security Investigations special agents are currently examining the narcotics and looking into the seizure.

Last week’s recording-breaking bust far surpassed all methamphetamine seizures at the port of entry in the 2021 fiscal year. From October 2020 to September 2021, the Del Rio sector reported conducting 79 searches that resulted in the confiscation of 255 pounds of meth.

On Thursday, Customs and Border Protection announced the search for five criminals operating in the Del Rio area as part of the “Se Busca Información” campaign. The campaign was launched in 2016 by the U.S. Border Patrol and the government of Mexico to crack down on human smugglers and drug traffickers. CBP reported that photographs of the five individuals had been placed on billboards and posters in the area.

“Human smugglers work for opportunistic criminal organizations who have no regard for human life,” said chief patrol agent Jason Owens of the Del Rio Sector. “Through this initiative, community members on both sides of the border provide us information about those who put at risk the lives of vulnerable families and children.”

The Del Rio Sector covers 53,063 square miles of Texas and primarily includes farm and ranch land. CBP referred to the sector as a “major staging area” for narcotics and human smuggling operations.

STUNNING Report in The Atlantic: Did Famous Doctor’s COVID Shot Make His Cancer Worse?
Watch Nancy Pelosi get booed at progressive Global Citizen concert in New York City
‘Unwoke’ With Kevin and Kruiser #49: How Many Attractive Italian Women Does It Take to Trigger a Democrat?
Buzzkill: Pelosi Gets Booed On Stage At Global Citizen Concert in NYC
‘The most outrageous intimidation effort in history’: Mark Levin’s electoral deep dive