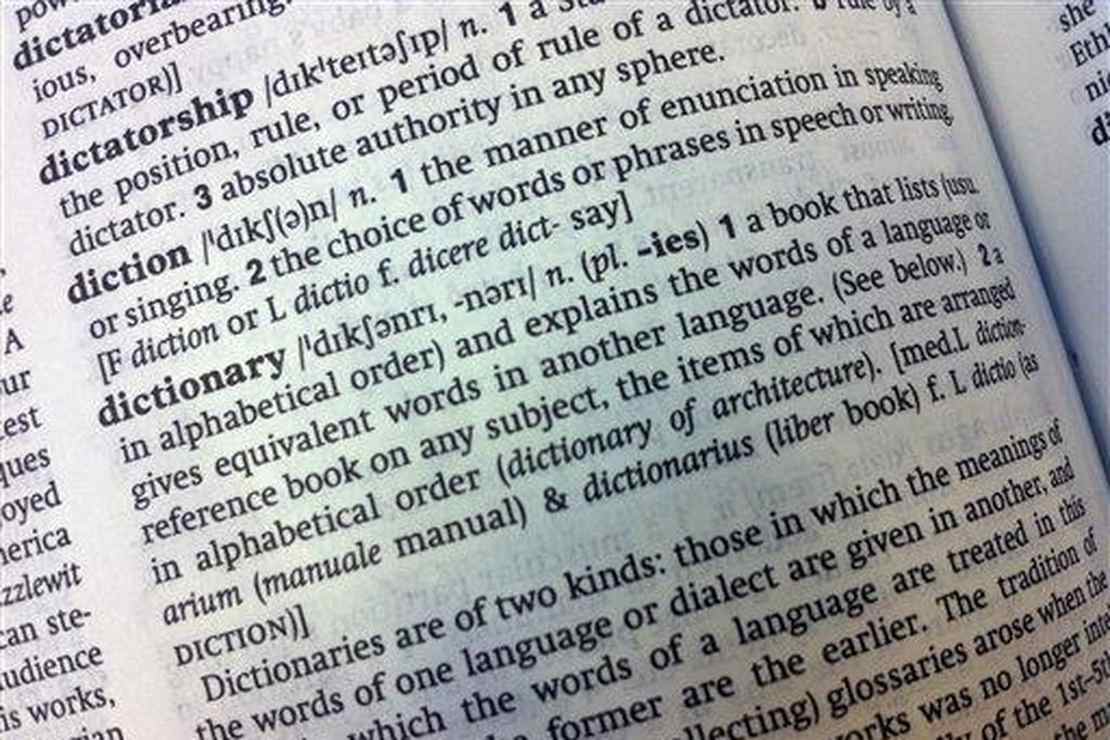 When I came across the online list of the most recent new words added to the Merriam-Webster dictionary, my curiosity, love of words, and all things concerning language were piqued. As a linguaphile, it wasn’t long, however, before my curiosity turned to lament. Merriam-Webster claims that “the dictionary chronicles how the language grows and changes, which means new words and definitions must continually be added,” but that definition is a far cry from being the authoritative reference work of the proper usage of language that Merriam-Webster has published since 1828.

Regretfully, today it seems dictionaries like Merriam-Webster rely more on the repeated internet usage of words rather than on their nearly 200 years of accumulated knowledge and experience. According to its website, “when many people use a word in the same way, over a long enough period of time, that word becomes eligible for inclusion” in the newest version of Merriam-Webster’s dictionary.

To be included in a Merriam-Webster dictionary, a word must be used in a substantial number of citations that come from a wide range of publications over a considerable period of time. Specifically, the word must have enough citations to allow accurate judgments about its establishment, currency, and meaning. The number and range of citations needed to add a word to the dictionary varies.

Here is a selection of some of the debatable words that met the criteria for Merriam-Webster’s most recent update for September 2022. The entire list can be found here:

I’m old enough to remember when words had specific meanings and language was practically sacred. The dictionary had a long and storied history of being the keeper of the proper and true usage and history of words since at least 1828. I’m young enough to recognize the corruption of that propriety and lament its incursions into standard usage. Now, don’t get me wrong; I realize language evolves and changes over time, but as someone who holds a degree in English and who makes a living using words, the bastardization and degradation of the language into more and more imprecise casual usage — what we olds call “slang” — as standard usage is both sad and disappointing.

Recommended:  5 Hidden Costs of Inflation and Some Things You Can Do About It

Yes, things change, but is all change good? Is considering a fraction of a word like “sus” really enhancing the language? At what point should the misspelling of words like “janky” or “lewk” cross over from colloquial usage on the internet or game consoles to broader public usage — and should they? Or are we simply willing to accept laziness and imprecision as the new gold standard simply because “current usage” demands we do so?

“Change and variation are as natural in language as they are in other areas of human life,” and reference works must reflect that fact, says Merrian-Webster. “By relying on citational evidence,” they hope to remain “grounded in the details of current usage so they can calmly and dispassionately offer information about modern English.” That way, Merriam-Webster claims their “references can speak with authority without being authoritarian.” Really? Why shouldn’t a dictionary be the authority on language? When did being a gatekeeper of excellence become a bad thing? The answer most likely lies in the left-leaning trend of the words added by Merriam-Webster. And it probably comes as no surprise to most of us that Merriam-Webster Inc.’s headquarters is located in deep-blue Massachusettes, so one can imagine that their “current usage” citations aren’t coming from anything other than leftist internet, entertainment, and academic sources. Sigh.

Univision, Telemundo Barely Covered Biden Deal For Venezuelan Oil
‘I’m done with the bulls**t’: Chad Prather reacts to a hypocritical statement made by a transgender CNN commentator
Good Neighbors With Guns Detain Man Who Broke Into a Michigan Home With Children Inside
Wait… Is China Actually Doing the Smart Thing I Just Told Them to Do?
Georgia Man Sentenced To 25 Years In Prison For Voter Fraud