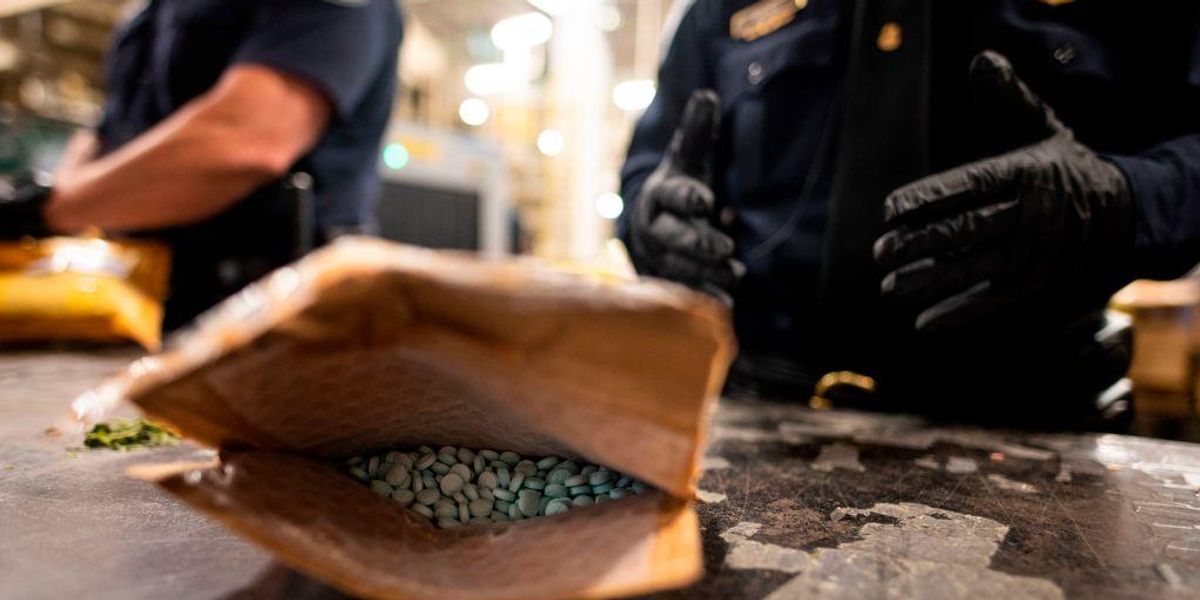 In recent years, opioids, frequently produced by the communist Chinese and trafficked by illegal aliens, have killed hundreds of thousands of Americans. Extra to promoting this tragic loss of life, a new congressional report indicates that the opioid crisis is also taking a profound economic toll.

According to Rep. David Trone (D-Md.), a member of the Congressional Joint Economic Committee that generated the forthcoming report accounting for the economic cost of the drug epidemic, “It’s equivalent to one 737 (jet) every day going down, no survivors. It’s a mind-boggling number of deaths.”

The report indicated that, given in the sustained rise in fatal opioid overdoses last year, “the total cost is likely to continue to increase.”

The Council of Economic Advisers had estimated the cost of the crisis to have been $696 billion in 2018, or 3.4% of GDP.

Previous cost estimates, such as the CEA’s, have factored in the value of lost lives, increases in health care and substance abuse treatment costs, increases in criminal justice costs, and reductions in productivity.

Craig Singleton, senior fellow at the nonpartisan Foundation for Defense of Democracies, told Fox News Digital earlier this month, “Since approximately 2013, China has been the principal source of the fentanyl flooding America’s illicit drug market.”

While President Joe Biden has previously omitted mention of China’s leading role in exporting the fentanyl that has killed hundreds of thousands of Americans, the Drug Enforcement Administration highlighted the communist nation’s devastating contributions in a January 2020 report.

The report indicated that “Mexico and China are the primary source countries for fentanyl and fentanyl-related substances trafficked directly into the United States.”

In addition to running drugs up through Mexico, China traffics the killer substance “through international mail and express consignment operations environment.”

While evidently keen to continue sending fentanyl to the U.S., under pressure from former President Donald Trump, China domestically banned all forms of the opioid in 2019. Singleton noted that as a result, only “authorized firms which the Chinese government has granted special licenses” are permitted to produce, sell, and export fentanyl-class drugs.

The Republican Study Committee indicated in a September 15 memo that Chinese operations continued despite the ban, only closer to America, and that “fentanyl trafficking across our border increased by 132%” in 2021.

Subsequent to China’s apparent clampdown on fentanyl, “a significant portion of China’s fentanyl manufacturing … moved to Mexico where cartels set up their own operations to produce fentanyl using precursor chemicals from China.”

Trone noted further, “They know it’s being shipped to Mexico, it’s being done by Chinese middlemen who are selling it directly to the Mexican cartels where it is being turned into fentanyl …. [It] is coming into the U.S. by the hundreds of millions of pills and the chain all starts in China.”

Much of the fentanyl that reaches America is sourced in China by Mexico’s Sinaloa and Jalisco New Generation cartels.

Republican Florida Gov. Ron DeSantis recently blamed China for America’s fentanyl crisis on September 22. He stated, “If you look at their manufacturing fentanyl and shipping it to the drug cartels who run it across our southern border … that would not be happening if it weren’t for China.”

The RSC echoed these sentiments, writing, “The Biden administration’s weakness has allowed this deadly relationship between the cartels and Chinese actors to flourish.”

In addition to holding China and Mexico to account and dealing with the spate of lethal drugs pouring across the southern border along with millions of illegal aliens, the RSC recommended a number of legislative answers to the problem, including:

According to the book “The Hundred-Year Marathon,” by Michael Pillsbury, director of the Center on Chinese Strategy at the Hudson Institute, elements of the communist Chinese regime have long aspired to “replace the United States as the economic, military, and political leader of the world by the year 2049 (the one hundredth anniversary of the Communist Revolution),” in part to “avenge or ‘wipe clean’ (xi xue) past foreign humiliations,” such as the Chinese addiction to opium in the 19th century.

A 2021 Pentagon report underlined the Chinese aim to “achieve ‘the great rejuvenation of the Chinese nation’ by 2049 to match or surpass U.S. global influence and power, displace U.S. alliances and security partnerships in the Indo-Pacific region, and revise the international order to be more advantageous to Beijing’s authoritarian system.”

The communists will reportedly undertake “far-ranging efforts” to see this geopolitical goal realized.

Senator John Kennedy Criticizes Biden’s Energy Policy As Only He Can (VIDEO)
Georgia Man Sentenced To 25 Years In Prison For Voter Fraud
Is Brian Kemp Getting Ready for the National Stage?
Evading Chinese Censors to Post Videos of Protests Has Become an Art Form
FTX’s “SBF” Tells All Sorts of Stories About His Actions – Plays The “I Didn’t Know” Excuse