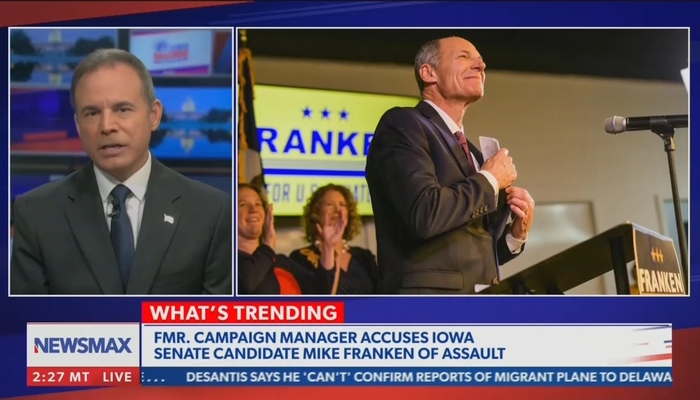 Christenson wrote that Franken — who’s been “accused of forcibly kissing his former campaign manager Kim Strope-Boggus” back “in April” — has been aided since the revelation arose on September 19 by a liberal media unconcerned with this story as CNN and MSNBC have yet to give “a single second of coverage to the alleged sexual misconduct.”

“Likewise, mainstream papers like the New York Times and Washington Post have also failed to report on the allegations,” Christenson said.

He noted that Politico came through with a story on Monday, joining local media outlets (including the state’s largest paper, the Des Moines Register).

For his part, Franken has denied the allegations, saying he was “just so disappointed that anything negative has come up about this” and “it didn’t happen.” While a police report was filed, the Des Moines Police Department closed the case without charges

Along with Christenson’s reporting, we can add that the broadcast networks of ABC, CBS, and NBC have also ignored the claims against Franken.