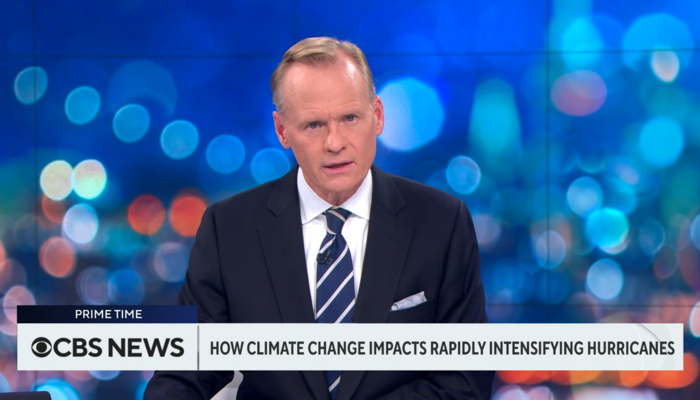 Well over halfway into one of the quietest hurricane seasons in recent memory, the media have finally found an excuse to begin their annual climate change hysterics: Hurricane Ian.

The entire first half of the 2022 hurricane season, spanning from June 1 to November 30, failed to produce a single named storm that satisfied the definition of a hurricane — making this the slowest start to a season since 2013. Additionally, 2022 was the first year since 2014 not to have a single pre-season named storm.

Thanks to these and a host of other factors, 2022 has been the slowest hurricane season in three decades.

The media have been tight-lipped about the unprecedented lull. Instead, the formation and landfall of Hurricane Ian has sent them into a full-on climate change panic, as though the last three months had simply evaporated from history.

The scarcity of named storms this year stuck a wrench in the media’s usual preferred talking point, which is the unscientific claim that climate change causes hurricanes to form more frequently. Instead, they’ve settled for blaming humanity for hurricanes’ intensity.

Rapid intensification is indeed a real phenomenon that scientists study closely. However, the media have twisted its definition into, essentially: storm big because climate change.

“These storms are intensifying; something is causing them to intensify,” CNN’s Don Lemon remarked conspiratorially on September 27.

“Hurricanes are getting bigger and intensifying more quickly!” exclaimed MSNBC host Alex Wagner on September 28. She then added: “Yes: climate change change may be largely to blame.”

As Ian approached landfall, CNN reporter Brian Todd dubbed it “exhibit A” in the case of humanity v. climate change:

Scientists have warned us for a long time that storms won’t get — necessarily more hurricanes out of climate change, but the ones we do get will be bigger, and faster, and wetter. And here is your exhibit A: Hurricane Ian.