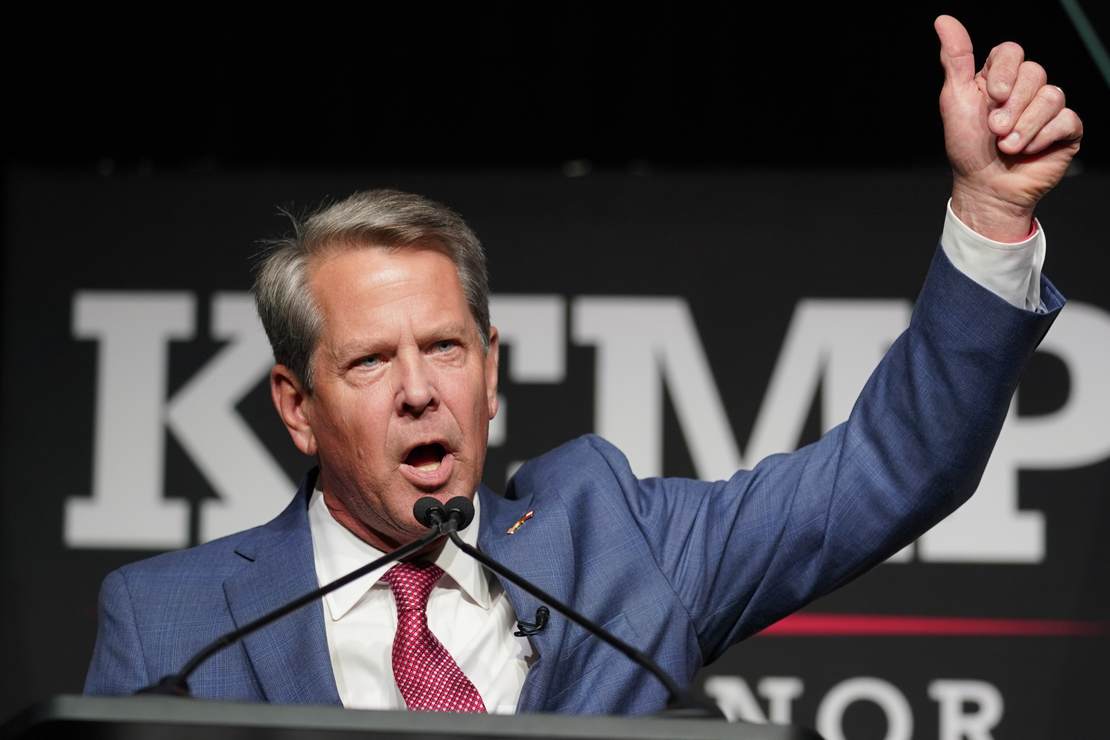 In my home state of Georgia, we’ve had a front-row seat to watch Brian Kemp grow from a solid Republican candidate into a formidable governor. His first term as governor has brought so many victories for conservatives in the Peach State.

I’ve been a fan of Kemp since his first campaign. I initially backed a different candidate in the 2018 GOP primary, but I met him at an event and changed my mind. Since then I’ve met him on several occasions and had one-on-one conversations with him, and I even interviewed him here at PJ Media earlier this year.

Kemp has the image of a folksy good old boy, with his Georgia drawl and casual manner of speaking. Some have accused him of cultivating an image — with some Twitter lefties even claiming his accent is fake — but trust me when I say that he’s genuine. The guy you see in speeches and ads is the guy you talk to face-to-face.

Cody Hall, Kemp’s former communications director, who just this week launched a new communications firm, said at an event in October that one of Kemp’s biggest strengths is his connection with everyday people and that “You may not always agree with him, but he’s going to do the right thing with the information that he’s got.”

When the time came to run for re-election, Kemp focused on his record, whereas his opponent, Stacey Abrams, had nothing to run on. That record included Georgia becoming the first state to open after the initial pandemic lockdowns, constitutional carry, a fetal heartbeat bill that included more than just restrictions on abortion, pay raises for teachers, coming tax cuts, and protections for free speech.

Kemp also proved he was his own man when he stood up to Trump’s pressure to decertify the 2020 election results. No matter what you think about that election, Kemp stood with the state’s constitution, which decrees that the governor can’t interfere with election results. In this year’s primaries, the governor wiped out all his opponents, including Trump’s hand-picked challenger and other minor candidates, by 50 points.

In the general election, Kemp made easy work of Abrams, beating her decisively and carrying every other GOP candidate for statewide office with him. Though the Kemp effect didn’t help senate candidate Herschel Walker avoid a runoff, the governor has lent his voice and his campaign infrastructure to Walker’s runoff campaign.

Related: Georgia’s Governor’s Race Is About More Than Stacey Abrams

Kemp has proven himself to be a power player in Georgia with an impressive machine, but what will he do once his time as governor is done? In the past, he has said that he didn’t have ambitions beyond the Governor’s Mansion, but he may have changed his mind.

On Sunday, Axios reported that Kemp filed a request with the Federal Election Commission to set up a new PAC called Hardworking Americans, Inc.

“Kemp’s unique success defeating a Trump-backed opponent in a primary and a Democrat in a key battleground has made him something of a case study for Republicans,” writes Emma Hurt at Axios. “It’s also paved the way for speculation about his future national ambitions.”

(Side note: it’s probably killing Abrams-fangirl Hurt to write something that puts Kemp in a positive light.)

Hurt engages in some speculation of her own about Kemp’s future.

“The new PAC could set Kemp up for a federal run, including for U.S. Senate,” she writes, adding that “Sen. Jon Ossoff (D-Ga.) will be defending his seat in 2026, the same year Kemp’s gubernatorial term will end.”

It’s interesting that there’s at least one voice on the left calling for Kemp to aim higher than Atlanta. Last week, communications expert and Democrat Scott Westcott wrote in the Wall Street Journal that Republicans should tap Kemp for the White House in 2024.

“If Mr. Kemp got the nomination, you could paint Georgia red. He’d almost certainly carry North Carolina and maybe even Virginia,” Westcott wrote. “He’s the type of Republican to which Pennsylvanians have traditionally warmed. He’s bland and pragmatic enough to appeal to Wisconsin and Minnesota residents. He’d surely generate solid support from rural America, and I suspect suburban moms and dads would like him too.”

Personally, I don’t see Kemp making a presidential run in two years, especially because he fought so hard to secure a second term as governor. But Kemp has begun making statements on national issues. His campaigning for Walker is just the beginning; he also weighed in on Trump’s dinner with Kanye West and Nick Fuentes, saying that “Racism, antisemitism, and denial of the Holocaust have no place in the Republican Party and are completely un-American.”

Only Brian Kemp and his family know what his next moves are. But whether Kemp wants to run for Congress or a nationwide office or simply use his influence to further conservative principles and boost conservative candidates, whatever he does next could be good for Georgia and the rest of the country.