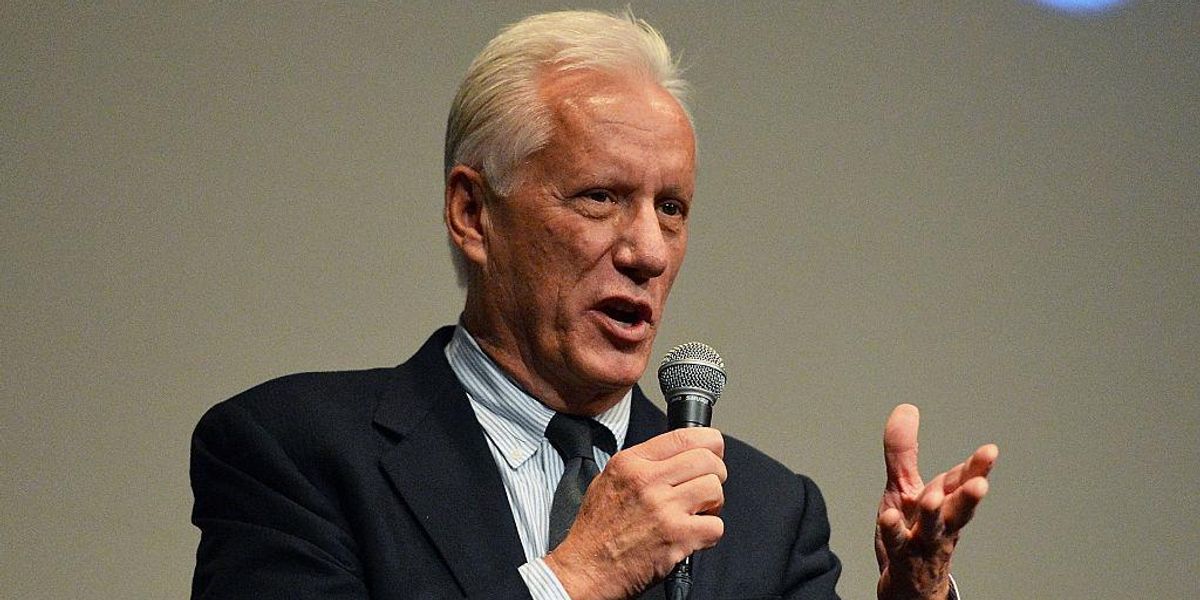 Elon Musk on Friday released a revelatory series of insights into the efforts of Twitter’s prior regime to interfere in the 2020 election.

One of the insights Musk shared via investigative reporter Matt Taibbi was that the Democratic National Committee demanded that Twitter censor 75-year-old conservative actor James Woods, among others.

With his suspicions confirmed and the truth finally brought to light, Woods announced on Fox News’ “Tucker Carlson Tonight” that he would be “suing the Democratic National Committee no matter what.”

The New York Post began reporting on the contents of Hunter Biden’s laptop on Oct. 14, 2020. Amid revelations about Hunter Biden’s alleged depravities and then-presidential candidate Joe Biden’s potential exposure to bad actors the world over, Woods took to Twitter on Oct. 24, 2020, to poke fun at both Bidens.

The DNC allegedly filed a report with Twitter censors who then dutifully censored Wood’s speech.

Whereas Wood’s tweet was deleted, the account of another user, @stephen_liuhuan, was suspended at the behest of the DNC, Fox News reported.

Taibbi reported, based on internal Twitter data shared on Friday, that “celebrities and unknowns alike could be removed or reviewed at the behest of a political party.”

u201c9. Celebrities and unknowns alike could be removed or reviewed at the behest of a political party:u201d

Woods — who had been banned from Twitter two years earlier for making jokes at the expense of Democrats — was one of the many Americans who reportedly drew the ire of powerful partisans in Washington, D.C.

‘Scratch a liberal, and you will find a fascist every time’

After the world apparently had confirmation that the Democratic political establishment and big tech censors had colluded, Woods spoke on the phone to Carlson on Friday night.

Woods said he was “shocked the way any other American would be if he were a target of a presidential candidate and a major political party.”

While stunned that this evidence should come forward, Woods noted that on the whole, he is not altogether surprised, given he has “been a target of these people for six years.”

Carlson asked Woods if he intended to take action against the people who violated his First Amendment rights. Woods answered in the affirmative.

“I can guarantee you one thing, more than anything else you’ll ever hear in your life: I will be getting a lawyer. I will be suing the Democratic National Committee no matter what,” said Woods.

Woods noted that “win or lose” he will stand up for the rights of every American.

He also expressed hope that others will similarly sue and suggested that if enough people get on board, the DNC may be facing a class-action suit.

Woods also noted he won’t back away from a fight: “I am not going to take this sitting down. I think these people are vermin for doing this to other people.”

He added this scandal has bolstered his previous claim that if you “scratch a liberal, you will find a fascist every time.”

u201cNew documents shared by @elonmusk and journalist @mtaibbi reveal that the DNC pressured Twitter into removing a tweet from legendary actor @RealJamesWoods, who had criticized Hunter Biden.nnWoods joined us tonight to react.u201d

Woods later called for Joe Biden to resign, writing, “How is the Twitter Files chicanery any different from Watergate in sum and substance? Nixon resigned when his henchmen tried to subvert free speech. Your turn, Mr. Biden.”

u201cHow is the Twitter Files chicanery any different from Watergate in sum and substance? nnNixon resigned when his henchmen tried to subvert free speech. nnYour turn, Mr. Biden.u201d

Woods went on to thank his well-wishers in a tweet: “As heartbreaking as it is to see our nation highjacked by these grifters, it is equally heartwarming to see how many Americans still love this great nation.”

He also thanked Elon Musk “for giving back to all Americans, and voices around the world, the most precious of gifts — free and open speech.”

McCarthy disagrees with Greene’s claim that Babbitt was ‘murdered’ — but Trump disagrees with McCarthy: ‘ASHLI BABBITT WAS MURDERED!!!’
MSNBC host says being in US Capitol after Jan. 6 ‘feels like a visit to an historic battlefield’
Super Bowl-Bound QB Jalen Hurts Cites Bible Verse as He Prepares for Biggest Game of His Career
The Legacy of Pandemic Emergency Relief Programs: Biggest Scam in U.S. History
Hunter Leaves Out Key Reason Why John Paul Mac Isaac Obtained Contents of His Laptop in First Place