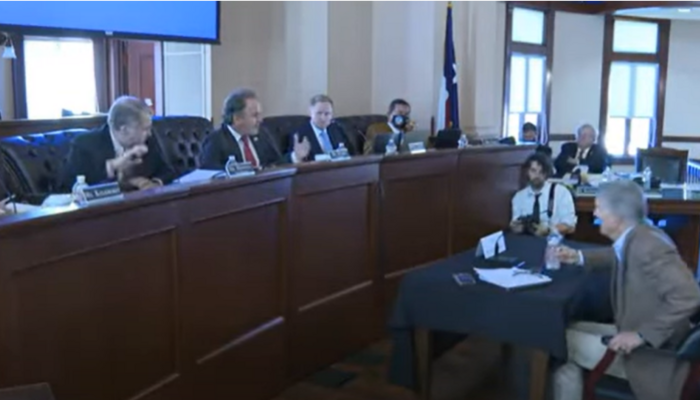 A bank tried to use his loan application as leverage to coerce him into publicly expressing support for Environmental, Social and Governance (ESG) ideology, businessman Bud Brigham alleged in testimony at a Texas Senate Committee on State Affairs hearing.

Brigham, founder and executive chairman of Brigham Minerals, detailed his allegation at a December 15, 2022 hearing examining the harm that the ESG movement – in which financial institutions limit their investments to companies aligned with specific leftwing environmental and social causes – is doing to Texans, their access to capital, and their investment portfolios.

In his testimony, Brigham claimed that Credit Suisse, a global investment bank and financial services firm, suggested that his company would have its loan application approved – but, only if he tweeted out statements repeating and promoting principles of liberals’ climate agenda.

“I’m going to provide you with a couple of specific examples of how corrupt it is, looking at the ESG movement,” Brigham began his testimony.

Brigham said that, while another bank approved his loan application the same day he applied, he didn’t hear back from Credit Suisse for several days, after which he place a call to the bank, which was returned by one of the firm’s employees.

Describing the phone conservation, Brigham claims that the employee insisted that climate change is not a debatable topic. Brigham, a geophysicist with a degree from the University of Texas, says that he replied that “Science is about debate.”

The bank then, emailed him talking-points to tweet out, in exchange for approval of his loan, Brigham says – claiming that he still has the email of the employee’s offer.

Brigham described his recollection of the conversation:

“He (the bank employee) said: ‘Bud, we may not be the right bank for you.’

“And, he kind of hesitated, and he said, ‘Climate change is real and it’s not debatable.’

“And I said, ‘Really?’ I said, ‘Well, I’m a geophysicist. I know climate change is real. Climate’s always changed; it always will – but, science is about debate.’”

It was at this point, Brigham claims, the bank representative appeared to offer him loan approval – in exchange for Brigham publicly voicing support for specific ESG climate talking points:

“And he hemmed and hawed and we had a prolonged discussion. He said, ‘I’ll tell you what, maybe there’s a misunderstanding.’

“He said, ‘How about if I can get you some bullets to tweet? If you will tweet this out, I think there’s a good chance we can go ahead and do this deal.’

“So, at that point, I knew there’s no way that we were going to do the deal.” But, I said, ‘Okay, I’m headed to a basketball game. If you will email those over to me, I will take a look at them and we’ll see.

“And, to my surprise he did. He emailed them over that night – and I’ve got the email.”

The bank, Brigham alleges, wanted him to “agree that company activities should be aligned with the Paris Agreement.”

“I absolutely do not agree. That is not a treaty, it was not ratified and I don’t think it should be a treaty,” Brigham said.

Brigham also claims that the bank wanted him to tweet out a “belief that companies should have a commitment to achieve net-zero emission by 2050.”

“I absolutely do not agree with that,” Brigham said, warning of the destructive consequences of such a situation:

“I think that would be immense human destruction. And, we’re seeing, just the attempt of that in Europe, how destructive that actually is, in reality.”

“So, I was personally very offended by that, for them to use their power, their access to capital to try to suppress my freedom of speech, to try to coerce us into their political viewpoint, I find to be offensive,” Brigham.

“But, this is happening in our industry,” Brigham warned, in conclusion.