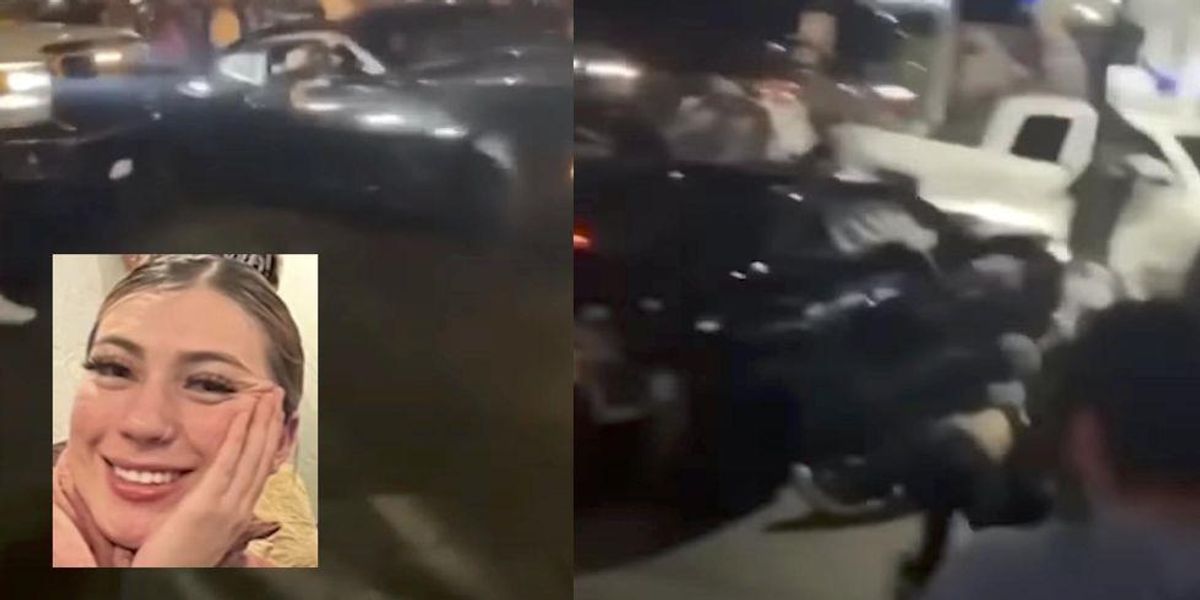 A 24-year-old woman was struck and killed by an out-of-control car in a street “takeover” in Los Angeles, California, and police said others were likely seriously injured in the crash caught on video.

The harrowing incident unfolded on Christmas Day at the intersection of Florence Avenue and Crenshaw Boulevard at about 9 p.m.

Cellphone video shows the car, which police described as a black Chevy Camaro, careen into the crowd of spectators. 24-year-old Elyzza Guajaca was struck and died after being taken to a hospital.

The video shows the driver of the car hop out and join others pummeling a man on the ground.

Police said that they believe several others were struck by the vehicle and could be seriously injured. They released surveillance video from a gas station showing the spectators and participants walking away after the crash.

There were about 200 people in the crowd, according to LAPD Detective Ryan Moreno.

A “takeover” involves a flash mob of people occupying an intersection while motorists perform dangerous stunts with their cars. There have been hundreds of street takeovers in Los Angeles this year alone, some of which resulted in injuries and deaths.

The family of Guajaca told KTLA-TV that she planned to be a nurse and had become a fan of racing and street takeovers from watching the popular “Fast and Furious” series of movies. They also said that they had warned her to stop going to the street events because they were so dangerous.

The LAPD is asking for the public’s help to identify the other victims harmed in the incident. There’s a $50,000 reward for information leading to the identity, arrest, and conviction of the driver of the Camaro.

Here’s a local news video about the lethal incident: