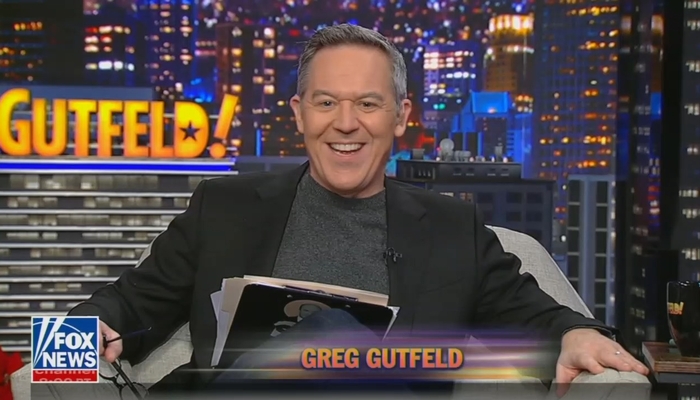 The mainstream media has a funny way of treating half the country.

The same holds true for the entertainment press.

Stories that don’t align with their progressive values, like Kirk Cameron getting shut out of libraries while sexualized drag queens get center stage, are ignored. Oscar-nominee James Woods finds his voice silenced by a Big Tech platform, and the same news sites can’t be bothered to investigate.

The latest example is almost comical in its disconnect from reality. 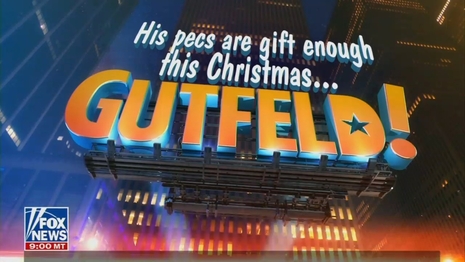 Fox News’s Gutfeld! debuted in April 2021, the first right-leaning late night show since the network’s ill-fated 1/2 Hour News Hour in 2007. Gutfeld! quickly established itself as a sly alternative to the other, hard-Left showcases.

This year, Greg Gutfeld’s showcase finished either first or second in the late-night ratings race. A cable-based show with no A-list stars or fawning media coverage became the format’s biggest news story since David Letterman hung up his mic.

The New York Times published an exhaustive ode to 2022 late night TV, and guess what the Gray Lady forgot to mention in more than 2,000 words?

It seems impossible, but it’s true.

Nothing about the show Yahoo! news called the new king of late night.

The Times does provide some unintentional laughs, mocking the late-night survivors for being white and male (a crime to New York Times readers). That group will, according to the article, “likely spend 2023 desperately trying (and often failing) to make jokes about anything other than the former president.”

The assembled comics spent 2022 ignoring President Joe Biden and Vice President Kamala Harris despite a plethora of comic potential. That’s not to mention their unwritten, “speak truth to power” mantra.

And they’ll do it again in the new year, while weaving Elon Musk barbs into their 24/7 Trump attacks. 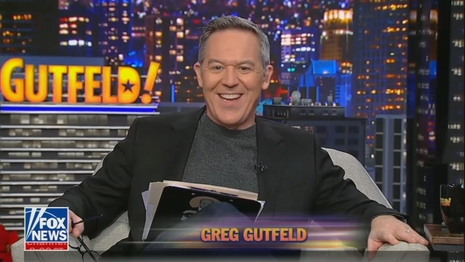 One subhead, “Alternative Views,” suggests the paper would acknowledge the obvious at long last. Instead, it focused on Noah’s far-Left attacks on the Monarchy following the Queen’s Sept. 8 passing.

Reality makes the New York Times piece look foolish, but a story published roughly the same time is even worse for what Andrew Klavan dubs, “a former newspaper.”

Vox, hardly akin to The Daily Wire or The Federalist, wrote, “Is the Right Winning the Comedy Wars?” this week. Here’s the story’s first paragraph:

The biggest comedy show on late-night right now is not on ABC or NBC or CBS or Fox. It’s not on Comedy Central. It’s certainly not streaming. It’s on Fox News, and its name is Gutfeld!

Or, as The New York Times might call it, breaking news!

The rest of the article is alternately interesting and amusing, with the author aghast that audiences could find conservative comedy funny. That’s embarrassing, but at least Vox is living in RealityVille, unlike the bubble dwellers at the Times.

Maybe the Gray Lady will discover that Red State USA not only loves conservative comedy but they feast on it five nights a week.

Anything is possible in the new year.

Iowa woman pronounced dead was sent to funeral home where workers found her ‘gasping for air’ inside cloth bag
CBS Welcomes in Racial Arsonist Kendi to Promote ‘Anti-Racist’ Book for Teens
Double amputee, who reportedly lost his legs after encounter with police in Texas, shot and killed by police in California
4-year-old dies from lack of oxygen after excessive ‘swaddling,’ possible ‘exorcism’: Report
‘Unwoke’ With Kevin and Kruiser #60: Can Diversity Dems Ditch Kamala?