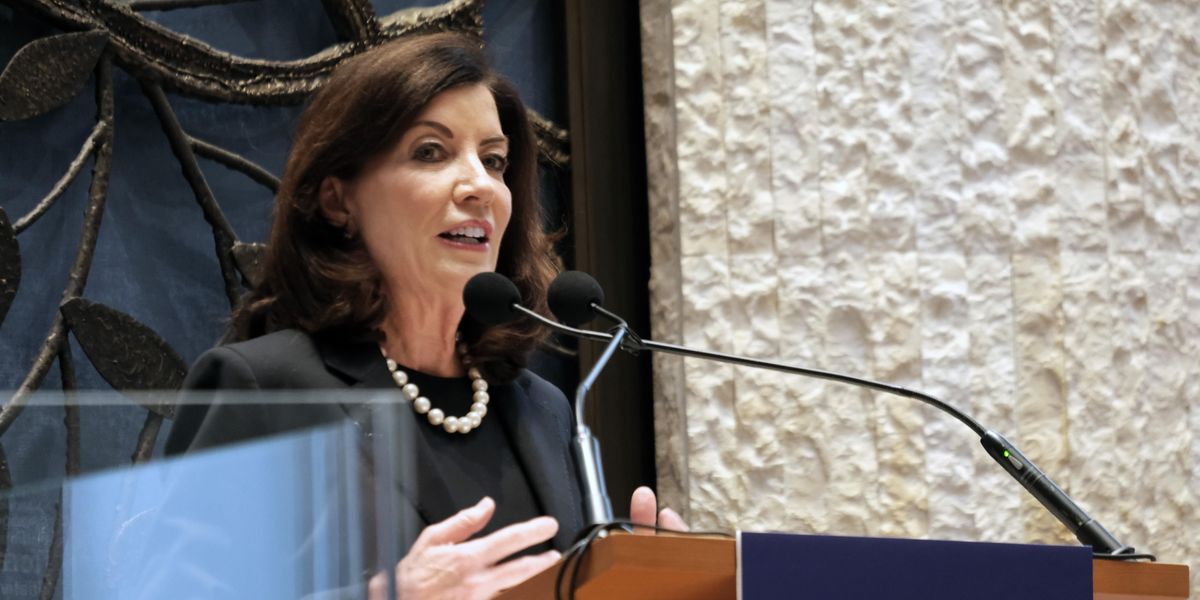 In her New Year’s Day Inaugural speech following her 2022 election, New York Governor Kathy Hochul took aim at one of the biggest problems plaguing her state: People who are fleeing New York to escape the consequences of Democratic policies.

Her words were a far cry from her campaign rhetoric back in August where she suggested that her political opponents, including Rep. Lee Zeldin, should “Just jump on a bus and head down to Florida where you belong, OK? You are not New Yorkers.”

Many people over the last months and years have taken exactly this advice, fleeing New York’s oppressive, anti-business climate and crime rates for the greener pastures of Florida and other states. According to the Census Bureau, New York had the highest population decline of any state in the union in 2022, while Florida had the highest rate of population growth.

Hochul lamented this trend in her speech, saying, “We must and will make our state safe … we have to make our state more affordable … And we must reverse the trend of people leaving our state in search of lower costs and opportunities elsewhere.”

In recent years, there have been many reasons for New Yorkers to leave the state, including some of the harshest coronavirus pandemic response measures in the country (responses which severely damaged New York’s economy but did not slow the spread of COVID-19 in the state), high corporate and personal tax rates, its regularly poor ratings in personal and business freedom, and the disastrous tenure of former New York City mayor Bill de Blasio, which saw many New Yorkers flee the city in particular.

Hochul’s speech did not promise to address or reverse any of these decisions, nor did it admit that Democrats may have erred in implementing any of these policies. Hochul has also faced opposition from within her own party on her attempts to bring down New York’s crime rate. Hochul wanted significant changes to New York’s controversial bail reform law this year, but faced withering opposition from Democrats in the legislature, in spite of pleas from New York City mayor Eric Adams, who pushed for the bill. Ultimately, some of her reforms made it through the state’s budget proposal, but neither they nor anything else have effectively stopped the exodus from New York to greener pastures in the United States.