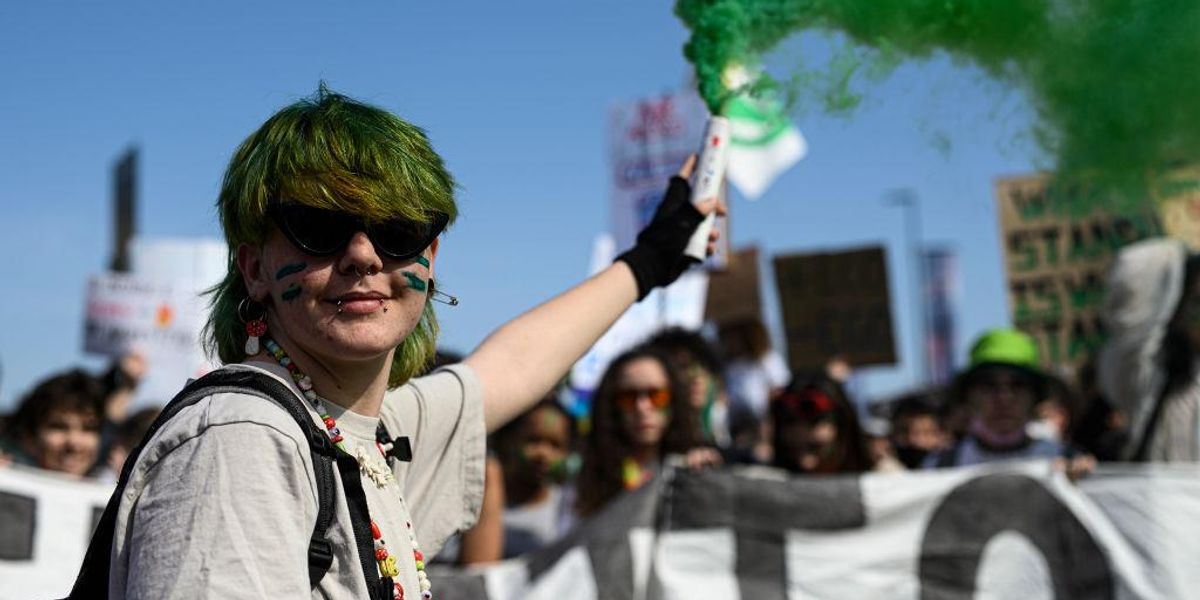 The climate extremist group Extinction Rebellion has resolved to quit being such a nuisance in the new year. In a statement issued on Jan. 1, ER, a predominantly British group, vowed to “temporarily shift away from public disruption as a primary tactic.”

In a move that some have suggested indicates a modicum of self-awareness, ER has suggested it will instead seek to “prioritise attendance” and foster better “relationships” rather than making commuters lives’ miserable, blocking thoroughfares, defacing private property, and attacking beloved works of art.

While ER may have caught onto the fact that there is little love lost for it or its cause, in its announcement was a concession pointing to a greater reason for its about-face: “Very little has changed” despite all of its public conniption fits and challenges to fellow citizens’ mobility.

Leftists find another job they cannot see through

ER underscores that “we must be radical in our response to this crisis” — a supposed radicality embraced by the Biden administration and other Western governments as well as by companies publicly listed on Wall Street which are similarly committed to environmental, social, and governance frameworks.

While its proponents denounce the use of fossil fuels and nuclear energy, a stable electrical grid is not the only object of its disdain.

Although admittedly a failure, ER seeks to ignite a popular political movement and thereby develop an eudaemonistic economy, prioritizing happiness over efficiency and functionality.

According to its website, ER’s so-called rebellion, which usually involves acts of iconoclasm or road blockades, is against the “patriarchy’s domination and control of women and the Earth, against heterosexism that condemns the beauty of diverse love, against the militarism that destroys living lands, wages war for oil and kills those who protect the green life.”

Extra to the patriarchy, normalcy, and national defense, ER also holds Europe and the West in contempt, claiming “reparation is needed,” since “Europe stole its wealth through its imperialism, colonialism and slavery.”

The group first assembled in the United Kingdom in October 2018 and has since infected other countries.

According to ER’s New Year’s resolution, instead of staging public tantrums designed to immobilize the unconverted, it will instead “disrupt the abuse of power and imbalance, to bring about a transition to a fair society that works together to end the fossil fuel era.”

The Independent indicated that public opinion of ER has been unfavorable, particularly because the group has disrupted the lives of the general public rather than elites and politicians.

Spiked, too, reported that ER has “alienated the public from its cause.”

Members of this extremist group — who sometimes overlap with those in the climate alarmist group Just Stop Oil — shut down a London meat market in 2019, prompting Spiked to brand them “time-rich, well-connected green activists sneering at working people and preventing them from doing their jobs.”

Extremists from this group tried to lock down London traffic by blocking the Lambeth and Vauxhall Bridges and clogging major arteries across the city in April 2022.

In 2019, the extremists went so far as to block at least one injured individual from getting to a hospital.

Time will tell whether ER can restore its public image. Even if it does so, its aims may still be ruinous.

Lauren Smith, writing for Spiked, suggested that it is the “policies these people are advocating – not their tactics – that pose the biggest threat to our lives and livelihoods. After all, [ER] is committed to ending the ‘fossil-fuel era’ by 2025, which would prevent many more journeys and have a much more damaging impact on the economy than a handful of road-blocking activists ever could.”

Whereas ER will try applying political pressure as opposed to engaging in public intimidation, the Guardian reported that Just Stop Oil, funded in part by an ultra-rich oil heiress and other coastal American elites, has made no such commitment.

In fact, Just Stop Oil issued a statement, saying, “It’s 2023 and [ER] has quit. … But it’s 2023, and we are barrelling down the highway to the loss of ordered civil society, as extreme weather impacts tens of millions, as our country becomes unrecognisable … there is now a need to face reality.”

“We must move from disobedience into civil resistance – this is what the nurses and paramedics are doing. They are on the frontline of the harm being wreaked on us and have said no more,” the statement continued, intimating more kinetic forms of extremism than attacks on property, citizens’ mobility, and beloved works of art.