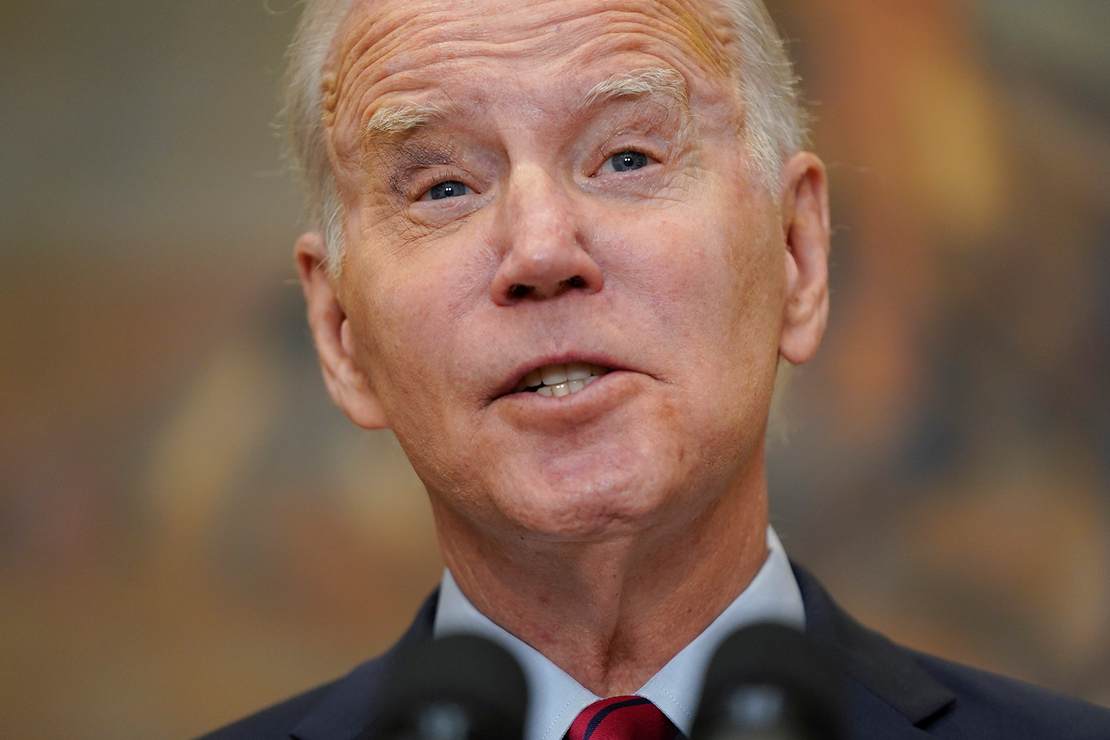 We all know there’s a border crisis underway. Well, everyone knows but the Biden administration, anyway. It has long been the position of the White House that there is no crisis. White House Press Secretary Karine Jean-Pierre has repeatedly read from her notes that “the border is secure.”

Of course, they knew it is a crisis, even if they don’t admit it. A few months after taking office, Joe Biden actually used the word “crisis” to describe the situation at the border, but the White House quickly had to backtrack his remarks. No one currently serving in the administration seems to be willing to admit that there’s a crisis, even as immigrants are flooding across the border in record numbers, border facilities are overcrowded, immigrant children are going hungry and unbathed, and without adequate time outside or physical activity, and some are reportedly being sexually assaulted.

Flashback: Even Obama’s DHS Secretary Says Biden’s Border Crisis Is Out of Control

So the administration refuses to use the word “crisis” but seems to be admitting that there is a problem, which I suppose is good, but there’s a big catch. During a speech at the White House on Thursday, President Joe Biden seemingly acknowledged that there’s a bad situation at the border but insisted that it was caused by the Republican Party.

“On my first day in office, some of you may recall […] I sent Congress a comprehensive piece of legislation that would completely overhaul what has been a broken immigration system for a long time: cracking down on illegal immigration; strengthening legal immigration; and protecting DREAMers, those with temporary protected status, and farmworkers, who all are part of the fabric of our nation.”

When asked why he finally decided to visit the southern border when Republicans have been calling on him to do so since the beginning of his presidency, Biden claimed it’s because the Republicans “haven’t been serious about this at all.”

“Come on. They haven’t been serious about this at all,” Biden insisted.

This, of course, is completely false. Illegal border crossings plummeted during the Trump administration — an undeniable result of Trump’s zero-tolerance policy for illegal immigrants. The border wall also proved to be successful in blocking illegal crossings. Republicans are not only serious about the immigration issue, but they also know how to sure the border. Even after Biden took office and the border opened up, Republicans put forth an immigration plan in March of 2021 in response to the Democrats’ amnesty plan.

Biden keeps dusting off the old tired trope that Republicans haven’t offered any solutions when, in fact, they have. The problem is that Democrats have a strict our-way-or-the-highway policy. They never compromise. The Republican proposal most certainly was, as it would have given legal status to the so-called DREAMers who were granted amnesty by Barack Obama’s unconstitutional DACA program, which he enacted via executive order.

On one hand, it’s progress that Biden is, at the moment, planning to go to the border and acknowledges there’s a problem. On the other hand, his falsely blaming Republicans for the problem gives me little hope that Biden is actually taking this issue seriously. He’s refused to admit the crisis for nearly two years now, and now that Republicans have the majority in the House, Biden is going to have to compromise if he wants to get things done.