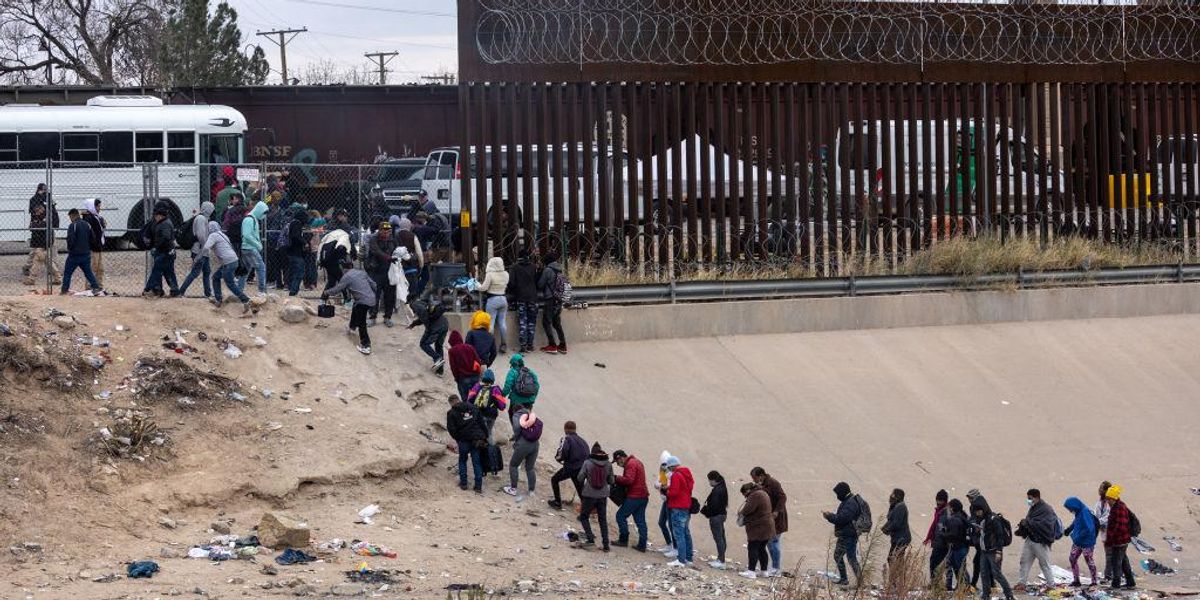 Border Patrol agents continue to arrest illegal migrants during the state of emergency in El Paso, Texas, which has seen large numbers of travelers sleeping in the city’s streets, sneaking onto buses, and jumping the border while being videotaped, according to the New York Post.

Dozens of illegal immigrants were caught on camera entering the country illegally on New Year’s Day, with the individuals seemingly knowing patrol times and waiting for gaps in coverage before sneaking over.

Border Patrol, in response to the extension of Title 42, says agents have increased coverage of the area.

“In response to migrants evading apprehension, the United States Border Patrol has increased the number of agents patrolling the area,” the agency said.

“The migrants climb over the border wall, go under the highway, and disappear into the neighborhoods,” a witness told the New York Post.

CBP has allegedly expelled dozens more undocumented people outside a nearby church in El Paso, who were sleeping in the streets outside the building for days. Church volunteers were also allegedly seen by reporters taking certain migrants inside their facility as border agents approached, as agents are not to go inside houses of worship.

A volunteer reportedly told a group of migrants, “I need you to take your child and come with me,” adding that there were “more vans coming to take you away.”

A Venezuelan migrant described the situation outside the church to a journalist, saying that “it’s filled with women and children, so we’re just standing out here and could be deported at any time. All we can do is run if they try to get us.”

In addition, a large number commercial buses have been stopped with dozens more illegal aliens aboard. At least 16 commercial buses with 178 immigrants were stopped in just one weekend. Despite hundreds of apprehensions being made at checkpoints, the migrants are increasingly trying to ride commercial buses out of the west Texas region.

Federal agents continue to check for those who are not legal asylum seekers, with rumors circulating that they are continuously taking people off the streets. even in the dead of the night.