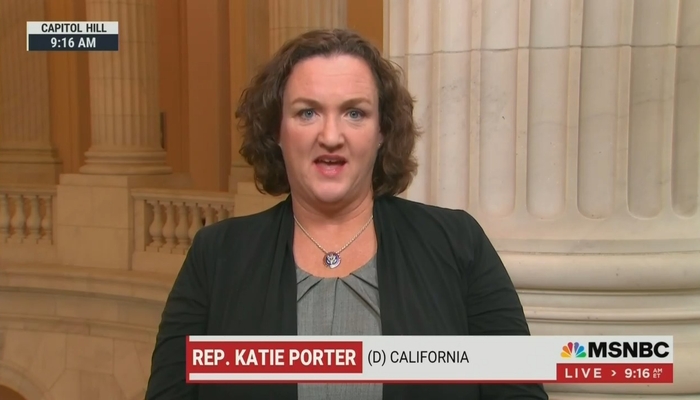 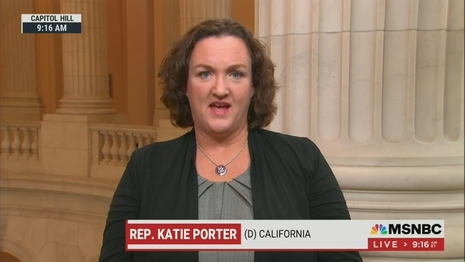 Our friend Matthew Foldi wrote Wednesday at The Spectator that the liberal media have been obsequious in their refusal to acknowledge news broken by the Instagram account Dear White Staffers that darling Congresswoman Katie Porter (D-CA) has, in Foldi’s words, been “recently accused of: firing an employee who allegedly gave her Covid; using racist language, and fostering a hostile workplace.”

Foldi noted the fact that it took “an anonymous Instagram account” to do “the job of the entire DC press corps” despite the fact that “they’ve known about these stories for years and simply chose to ignore them.”

“The problem is, for journalists — especially in the Capitol Hill press cartel — open secrets are actually no fun once they become public knowledge. Congresswoman Porter can be a horrible boss for years, run for reelection in a competitive House race receiving national attention and get away with it… if it wasn’t for an anonymous Instagram account? I’m not sure that’s what students paying over $70,000 for a journalism degree are taught,” he joked, adding that “modern-day journalists” are invested in “comfort[ing] the comforted while afflicting the afflicted.”

He later explained that this sycophantic mindset was on vivid display as “[t]he Capitol Hill press corps’ unwillingness to burn bridges was probably best exemplified during the coronavirus,” with Speaker Nancy Pelosi keeping the Hill “closed to all but congressional staffers and reporters with hand-selected press credentials” and the American people on the outside.

As we’ve reported at NewsBusters, the major broadcast networks of ABC, CBS, and NBC have yet to touch this on their flagship morning and evening newscasts.