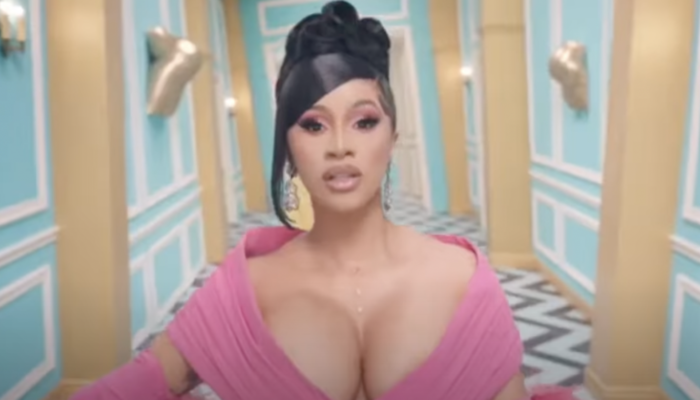 Cardi B is really something else.

In a Jan. 4 tweet, rapper Cardi B, commonly know for her “Wet A** P***Y” song shared what she called a “PSA!!!!” to her followers. In it she complained about the high prices of everything, specifically lettuce, even though she voted for the person who’s causing such high prices.

She began by explaining that even as a celebrity with a net worth of $80 million, she’s noticing how outrageous prices have gotten.

Then she added, “Lettuce was like two dollars a couple of months ago and now it’s like f**king seven, of course imma say somethin.”

Hate to tell ya Cardi but this is just the beginning.

“Cause if I think that s**t is crazy, I can only imagine what middle class people or people in the hood is mother f**king thinking. So yes, I’m going to say something, da f**k? And I have a big platform so I do want anybody that’s responsible of these f**king prices to put that s**t da f**k down,” she urged.

She’s right. Prices right now are outrageous! But the funny thing is, Cardi B voted for the administration that’s responsible for the current inflation rate!

In April 2021, during an Instagram Live post, Cardi B chatted with Bernie Sanders about strategies on how to encourage the vote for Joe Biden.

Ah! The cure for inflation is to prostitute ourselves to make money.

It’s just funny that Cardi B is so obviously complaining about whoever is responsible for the astronomical price of living when she was one of the people who helped them get elected.

I think deep down Cardi knows who’s to blame but it’s unlikely she’d ever admit to it.