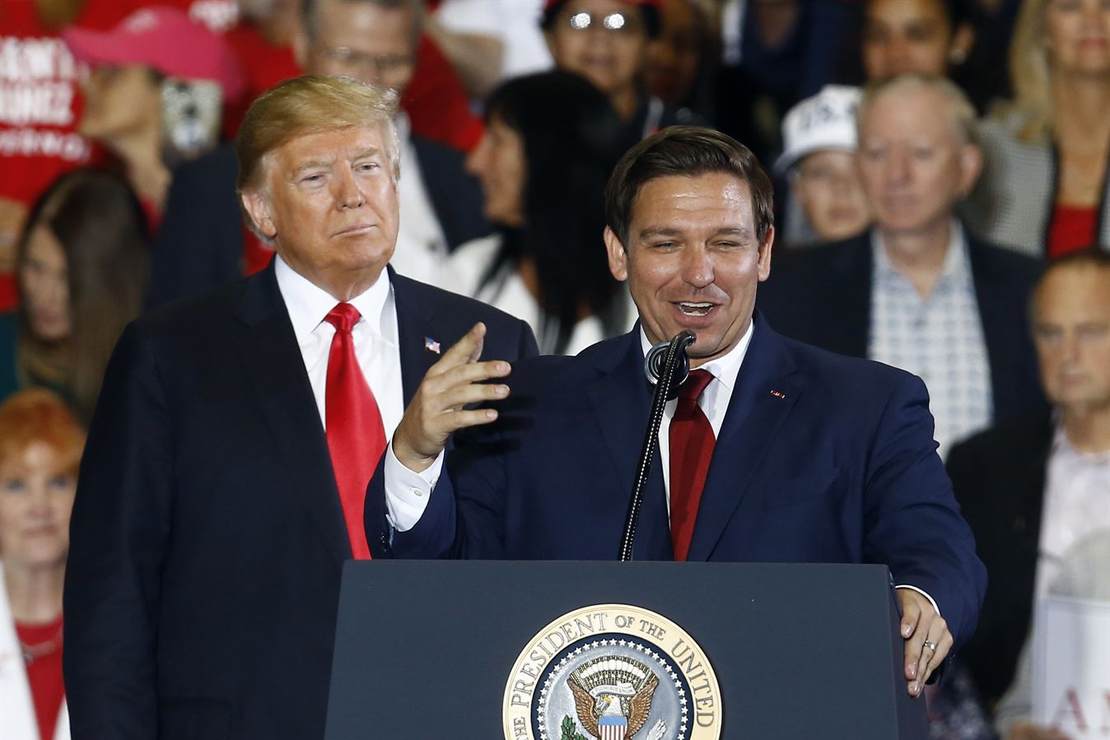 One issue that Gov. Ron DeSantis (R-Fla.) has made a keystone of his administration is ending the woke brainwashing in schools. Whether it’s transgender ideology or critical race theory, DeSantis hasn’t shied away from the fight against dangerous woke ideology in schools. Last year, he signed the Parental Rights in Education bill, which the media falsely labeled the “Don’t Say Gay” bill. Despite all the negative press from the liberal media, DeSantis went on win reelection by a huge 19-point margin.

DeSantis’s success wasn’t limited to his own electoral victory. Last year he also promoted efforts to get conservatives to run for local school boards and was extremely successful at it. Of the 30 candidates DeSantis endorsed, 25 won their elections, and Miami-Dade County became the largest school district in the country with a conservative-majority board. Last month, he hosted a training session called the “Freedom Blueprint” for school board members who he endorsed across the state, as well as potential school board candidates statewide.

Despite all attacks from the mainstream media, DeSantis proved that fighting the good fight to protect kids and empower parents is a winning strategy — and it looks like Donald Trump noticed.

On his updated 2024 campaign website, Donald Trump has “Protecting Parents’ Rights” as one of his campaign’s top priorities. According to the policy page, Trump is promising to use the power of the federal government to protect parental rights by cutting funding to schools that teach critical race theory (CRT) or radical leftist gender theory.

“President Donald J. Trump fought tirelessly to restore patriotic education to our schools and to expand charter schools and school choice for America’s children,” the policy page reads. “He secured permanent funding for Historically Black Colleges and Universities and protected free speech on college campuses. Now, Joe Biden and the radical left are using the public school system to push their perverse sexual, racial, and political material on our youth. President Trump believes that every parent in America must be empowered to opt out of this indoctrination, and send their child to the public, private, charter, religious, or home school of their choice.”

“He will keep men out of women’s sports,” the page continues. “No teacher should ever be allowed to teach transgender to our children without parental consent. Schools that push critical race theory, radical civics, and gender insanity will lose federal funding. We will rescue our public schools from the Marxist teachers’ unions and liberate our children from the corrupt education bureaucracy.”

Let’s get this out of the way: this is a great policy, and I endorse it 100%. I’d endorse it 110% if it were mathematically possible.

It’s true that as president, Trump stood up against critical race theory. He banned CRT training for federal contractors, but that was a mere two months before the 2020 election and had nothing to do with schools. He did revoke Obama-era guidance on transgender school policies but left the issue to the states. Trump may be on the right side of these issues, but he wasn’t as aggressive on them then as he is now. I suspect that has to do with Ron DeSantis and the tremendous success he’s had in combatting these blights on public education and the fact that Ron DeSantis is likely his biggest threat to winning the GOP nomination in 2024.

Does this matter? Honestly, no. Every Republican who runs for office should adopt this policy. The question is whether or not Trump, if (re)elected, can succeed in implementing this policy. I have no doubt that Ron DeSantis could. I’m not so sure about Trump.

How and Why the Left Is Making the Memphis Cops Into ‘Racists’
MSNBC: Election Integrity Based on Election Lies, GOP Needs Exorcism
Morning Joe: We Stand With Ilhan ‘All-About-The-Benjamins’ Omar!
Police nab suspect in Dallas Zoo monkey theft, leopard release
AOC Is Right About Something… And It Should Terrify You