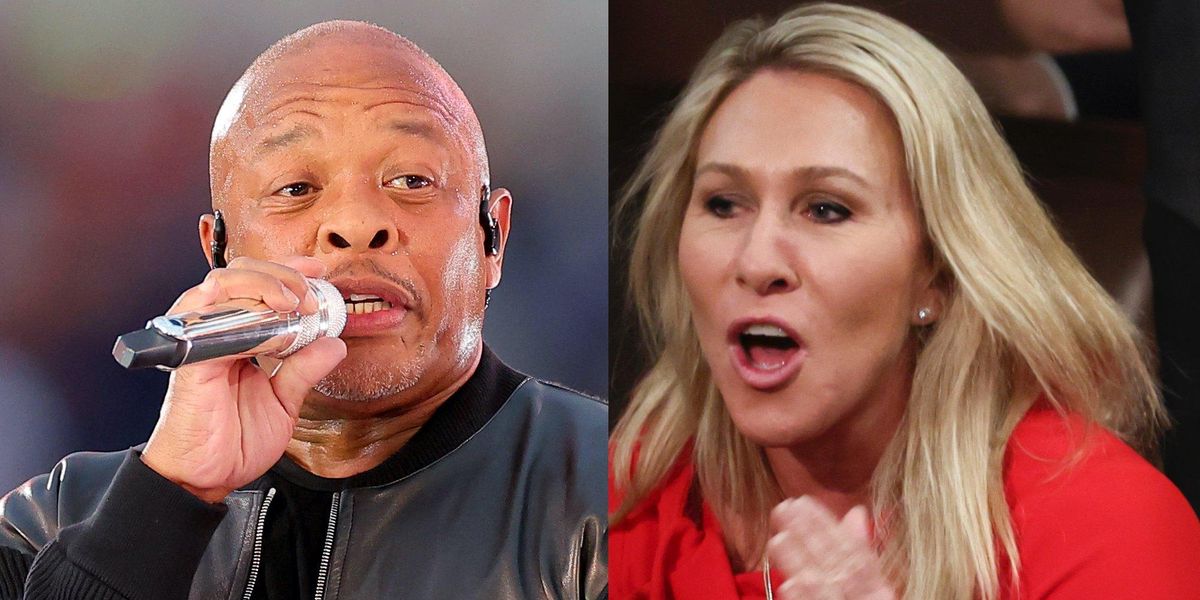 Rap music icon Dr. Dre objected to the unapproved use of one of his most popular songs, and it led to the suspension of the Twitter account of Rep. Marjorie Taylor Greene (R-Ga.).

Greene posted a video of herself in Congress with the soundtrack composed with the beat of “Still D.R.E.,” a song by Dr. Dre and Snoop Dogg from 1999.

“It’s time to begin … and they can’t stop what’s coming,” wrote Greene in the tweet with the video.

Dr. Dre, whose real name is Andre Romelle Young, told TMZ that he did not authorize the use of this song.

“I don’t license my music to politicians, especially someone as divisive and hateful as this one,” said Young.

Greene then confirmed to TMZ that her social media account had been shut down over the use of the copyrighted song. She also fired off a response to Young’s comments.

“While I appreciate the creative chord progression, I would never play your words of violence against women and police officers, and your glorification of the thug life and drugs,” said Greene.

Greene’s Twitter account had only recently been restored in November after being banned in January 2022 over repeated violations of the platform’s terms of service regarding coronavirus vaccine misinformation. Her account was reinstated after billionaire entrepreneur Elon Musk acquired Twitter and ordered that many banned accounts be restored.

Greene had posted the video in celebration of the election of Rep. Kevin McCarthy (R-Calif.) to the speakership of the House of Representatives. Partisan infighting led to 15 rounds of voting before enough dissenters acquiesced to concessions offered by McCarthy.

“That was easy, huh?” joked McCarthy after the final vote on Saturday morning.