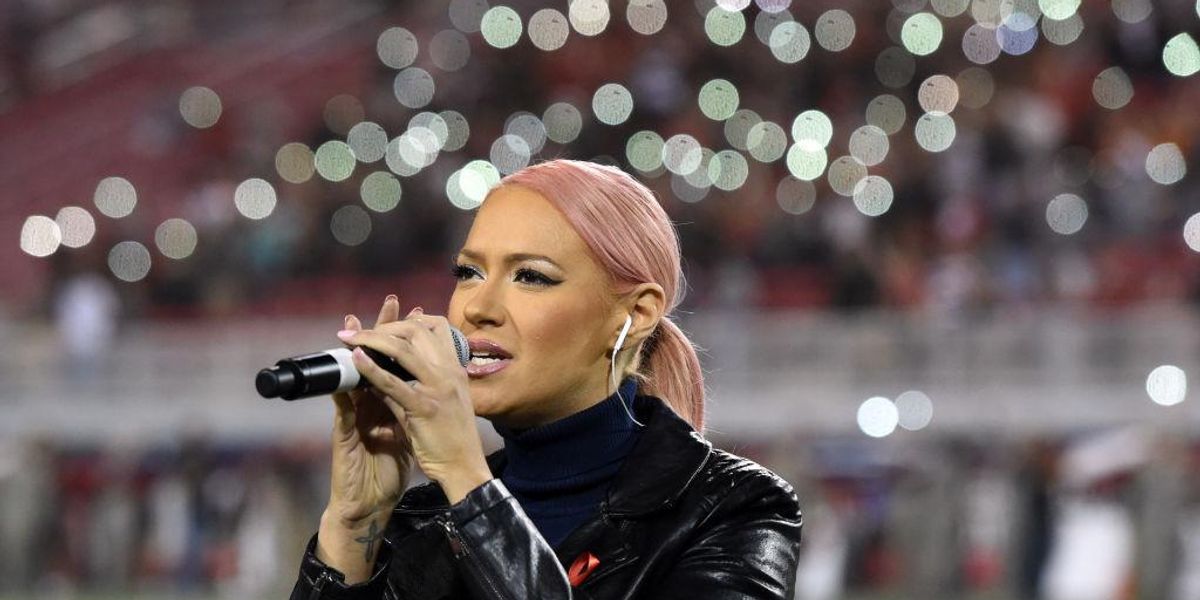 Amid a culture that emphasizes secular values, Kaya Jones — a former member of the Grammy-nominated girl band the Pussycat Dolls — has decided to speak out about her Christian faith. Now a pro-life advocate, Jones recently went on a pro-life podcast to speak openly for the first time about her three abortion experiences and to encourage women to surrender to God’s plan for them and embrace the call to marriage and motherhood rather than simply pursue worldly success.

In a video posted on January 4, Jones, whose real name is Chrystal Neria, appeared on the “Speak Out with Christine Yeargin” podcast. According to her website, Yeargin “became passionate about the pro-life movement” at a very young age when she found herself pregnant out of wedlock. She and her son’s father ultimately chose life and continue to “co-parent,” even though she is now married to someone else.

Jones took a different path when confronted with an unplanned pregnancy. At age 16 or 17, before she ever joined the Pussycat Dolls, Jones became pregnant, even though she had been using birth control. She immediately decided to have an abortion, a choice that she said then desensitized her to abortion and other destructive decisions.

“After the first one,” Jones said, “you don’t think you’ve done anything wrong. It’s been normalized. And what is a line until you’ve crossed it? … Once you’ve crossed that line, it’s a very slippery slope to continue to cross those lines.”

That first abortion prompted her to have a second abortion a few years later, when she was performing on stage in front of thousands of fans, many of whom looked up to her as a role model. She then underwent a third abortion when she was about 30, a child she conceived after she was raped by a man with whom she had had a previous relationship.

She called her abortion experiences “painful beyond measure” and stated that, at that point in her life, she was “in bondage to the devil” and suffering from drug abuse and eating disorders. “Nothing can make that go away but God himself,” she asserted.

Jones told Yeargin that many artists her age endured the same pressure to “get rid” of their unborn children and to continue to present themselves as sex symbols. She even alleged that some female artists and celebrities, whom she did not name, had been “fired” when they refused to have an abortion.

Despite her “damaging” experiences with abortion and what she described as a sensationalized “prostitution ring,” Jones indicated that the culture in Hollywood may be changing and may soon be more receptive to women as traditional wives and mothers. She mentioned that there are “good people” in the music industry, and she also pointed to the Kardashians and women like Gwen Stefani to show that famous women have already managed to become mothers without sacrificing their careers.

Though Jones bucked the trend to “shout” her abortion and instead revealed her pro-life beliefs in a tweet thread nearly four years ago, she had not opened up about her own experiences with abortion until now. “The Holy Spirit put on my heart to share my story” and “to speak on this issue,” she told Yeargin.

u201cI have never publicly said why I speak on being pro life. I am one of the women on this planet that was made to believe it was no big deal & to get rid of it. I carry a cross on this issue. I want to help women not make the same mistakes I did. Itu2019s time for change. Itu2019s a life.u201d

Jones was formally baptized in a televised ceremony in 2021. Now 38, she said she hopes one day to be a wife and a mother and stated that she is currently staying celibate as she continues to follow God’s law as dictated in scripture. “If you know better, you do better,” she said.

When Yeargin asked her to give one piece of advice to young people today, Jones replied, “Be fearless and be bold because God is with you.”

“Listen to God and be bold,” she added.

Though over 50 minutes in length, the entire interview is worth watching: