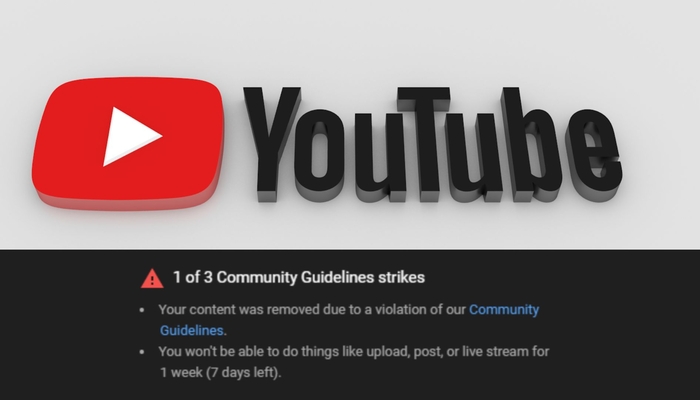 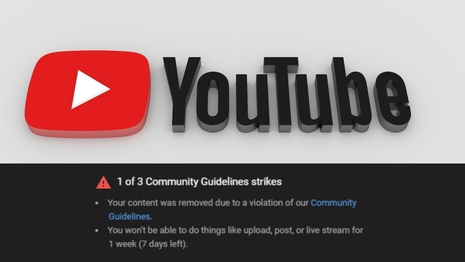 Thanks to Elon Musk’s purchase of the platform and the release of the Twitter Files, Twitter has been getting much of the press on censorship in recent weeks. But The Heartland Institute has brought another platform to the forefront due to its latest censorship exploits. And YouTube – your bias is showing.

But it gets worse. YouTube’s sudden change of heart occurred 90 minutes before The Heartland Institute aired its weekly live Climate Change Roundtable series, according to a Heartland Institute tweet posted the same day. The live-stream would have featured Climate Forecast Applications Network President and Founder Dr. Judith Curry.

“With literally just minutes to go before we were live with Dr. Curry and undoubtedly our biggest live audience yet, YouTube shut down our channel,” The Heartland Institute Vice President and Director of Communications Jim Lakely wrote in a blog about the incident.

In a move that mirrored a vengeful ex looking for dirt after a breakup, YouTube claimed a May 2021 episode of Heartland’s “In the Tank Podcast” violated the platform’s “election misinformation” policy, according to Lakely.

“[YouTube] did not notice for nearly two years that a live-stream that almost no one has looked at since May 2021 (and would be nearly impossible to find in a general search on YouTube) was in violation of the terms of service … until just before a live-stream with a non-alarmist climate scientist was about to begin,” Lakely wrote.

“Even if questioning the results of the election is an offense worthy of being banned, we did not do that,” Lakely wrote. “We talked about whether banning people for expressing views that are not crimes are worthy of having your ability to speak on a social media ended.”

YouTube gave the channel a strike, preventing The Heartland Institute from posting or live-streaming for one week following the date of violation.

The Heartland Institute said its YouTube suspension dealt a major blow to the organization’s reach.

Although The Heartland Institute also live-streams its shows on Facebook and Rumble, Lakely wrote that a “vast majority of [Heartland’s] audience – both those who participate in the chat during the live-stream and those who view it later – watch it on YouTube.”

The Heartland Institute appealed YouTube’s decision and has yet to hear back from the platform.

YouTube did not respond to MRC Free Speech America’s request for comment at the time of publication.

The Heartland Institute is a member of the Free Speech Alliance headed by the Media Research Center.

Conservatives are under attack. Contact your representatives and demand that Big Tech be held to account to mirror the First Amendment while providing transparency, clarity on so-called “hate speech” and equal footing for conservatives. If you have been censored, contact us at the Media Research Center contact form, and help us hold Big Tech accountable.