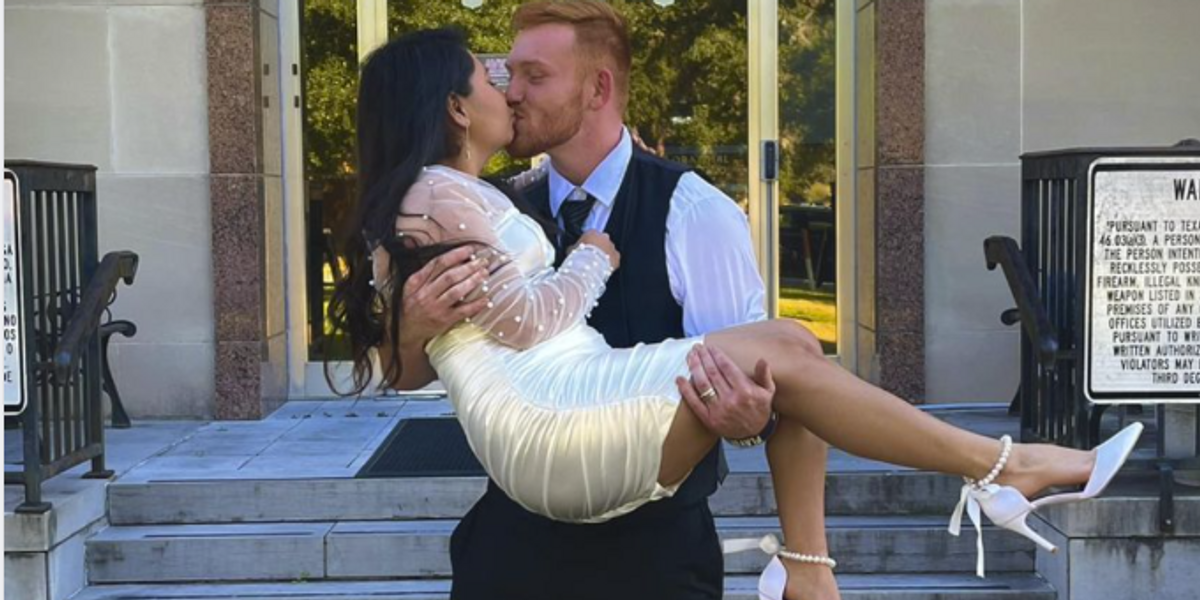 A young woman was found decapitated in Texas. The husband of the victim confessed to the “gruesome” murder, according to police.

Deputies with the Waller County Sheriff’s Office received a call about a deceased woman around 4:30 p.m. on Wednesday. When police arrived at the crime scene, authorities discovered a dead woman at a secondary home at the address provided.

Police found the body of a 21-year-old woman inside the house. The victim was decapitated, and her head was not inside the small home with the body. Police discovered a knife — believed to be the murder weapon. Investigators also found the victim’s head on the property.

Waller County Sheriff Troy Guidry told reporters on Thursday, “It was a portion of a body, dismembered, and a residence that was covered in blood — a gruesome scene, at best.”

Police found Jared James Dicus at the home. He lived at a small cottage on his family’s property. Dicus was the husband of the victim — identified as Anggy Diaz.

The couple were just married in late October 2022.

I’m sure many of you have heard about an occurrence yesterday in the Oak Hollow area of Waller County where a young man was arrested and charged with murdering his wife. This involved a young couple that I married in October of 2022. During my short time with them, they were a very nice young couple. As with many of you, I’m greatly saddened and shocked by the news of this tragic event and my prayers are with all of their families.

Authorities said it was the father of Dicus who called deputies to the couple’s home on the family’s property regarding the murdered woman.

Dicus and his parents were questioned in the murder of the young woman. Sheriff Guidry said Dicus confessed to decapitating and murdering his wife.

Dicus was arrested and charged with the murder of his wife.

The sheriff added, “Everything happened on the property. And all parts and pieces were recovered and submitted for evidence.”

“There have been prior calls, disturbance-wise, but nothing to this effect, to this level of violence,” Guidry noted.

The sheriff said Diaz is a Nicaraguan citizen who was described as “undocumented.”

An investigation into the decapitation murder is still ongoing.