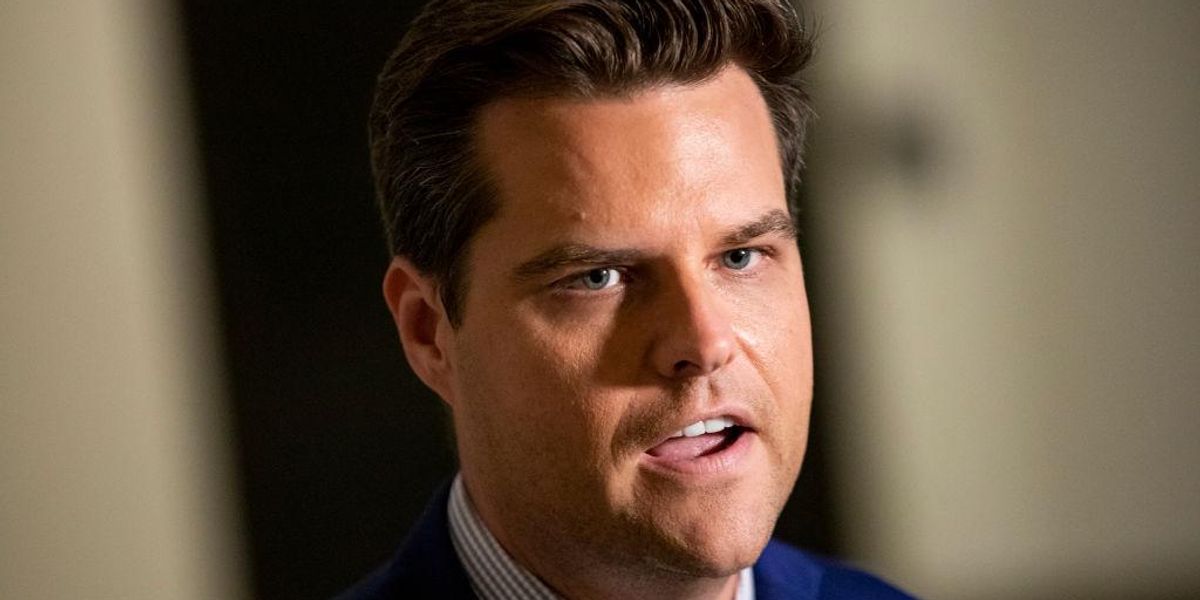 Republican Rep. Matt Gaetz of Florida has introduced a bill that would eliminate the Bureau of Alcohol, Tobacco, Firearms, and Explosives.

“The Bureau of Alcohol, Tobacco, Firearms, and Explosives is hereby abolished,” the text of the concise measure reads.

“House Republicans have the ATF in our crosshairs,” Gaetz said, according to a press release. “My bill today would abolish the ATF once and for all.”

The proposal likely has no chance of becoming law — even if House Republicans rallied around the idea of nixing the ATF, the GOP does not have control of the Senate, and President Joe Biden would almost certainly veto the legislation if it ever reached his desk.

Gaetz, who has served as a U.S. House member from the Sunshine State since 2017, was one of the House GOP lawmakers who repeatedly voted against Kevin McCarthy earlier this month as the California Republican sought the role of House speaker. Gaetz voted against McCarthy for 13 rounds, then switched his vote to present during the last two rounds — the present votes cast by Gaetz and other GOP lawmakers on the 15th round of voting lowered the threshold necessary for McCarthy to win, enabling him to secure the speakership.

Beauty company claims dictionary examples of the word ‘beauty’ are ‘limiting and exclusive,’ calls for change
Are Conservatives Destined to Lose the Grooming Debate?
Jay Leno’s show canceled following yet another vehicle-related accident: ‘I didn’t see it until it was too late’
‘Diversity, Equity, Inclusion and Social Justice’ course mandatory for SUNY students to graduate
Baby, kidnapped in December, dies weeks after he and his twin brother were rescued