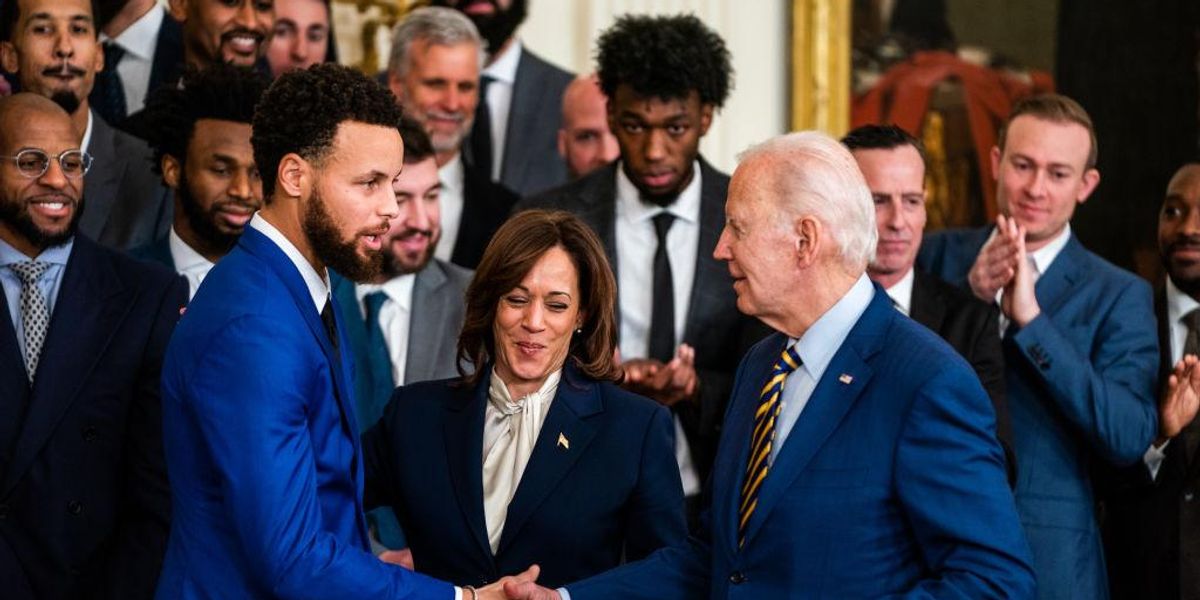 On their recent celebratory visit to the White House, the NBA champion Golden State Warriors presented President Biden and Vice President Kamala Harris with their own jerseys, but a few of the players also participated in a roundtable on gun violence, according to Deadline.

Players Klay Thompson and Moses Moody and coach Steve Kerr reportedly took part in the discussion with White House officials, with Kerr stating that they “learned a lot about what this administration is doing to help create a safer environment in our country.”

“That is something that is very close to my heart,” the coach added.

Kerr is a noted anti-gun activist who has over the years made many statements calling out Republican senators and politicians, even blaming party members for shootings.

They “refuse to do anything about the violence, the school shootings, the supermarket shootings,” and they put their “desire for power ahead of the lives of our children, our elderly, and our churchgoers,” Kerr said in 2022.

u201cSteph Curry & Steve Kerr spoke to the press here in the Press Room at the White House. Steve along with Klay Thompson and Moses Moody sat down with senior White House staffers and talked about gun control policy.u201d

The team, composed of the same core players as when Donald Trump was president, refused to meet the 45th president of the United States on two separate occasions after winning NBA titles.

Kerr even wrote an open letter to President Trump through Sports Illustrated in 2017, commenting on how easy it was to “put politics aside” when meeting previous presidents such as the Bush family, Obama, Reagan, and Clinton after winning NBA championships as a player and then coach.

“The truth is we all struggled with the idea of spending time with a man who has offended us with his words and actions time and again,” Kerr said at the time, saying that if he were to go to the White House, he would demand a sit-down discussion with the president to discuss topical issues.

In the White House press room, many-time MVP Steph Curry thanked the Biden administration for “hard work and diligence” in exchanging a Russian arms dealer for WNBA player Brittney Griner, calling her a part of the “basketball family.”

u201cDuring visit to White House, Stephen Curry of the Golden State Warriors thanks Biden administration for their u201chard work and diligenceu201d bringing home WNBA star Brittney Griner.nnu201cIt means a lot to know that sheu2019s here and home safe with her family.u201d https://t.co/OUkxtXbJSfu201d