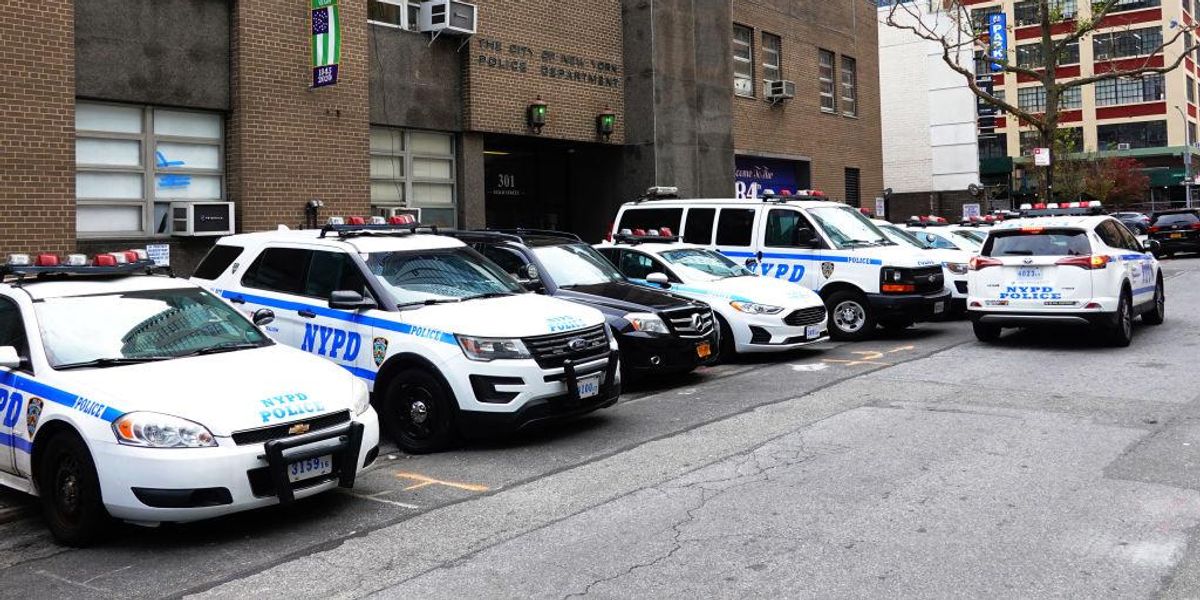 Two NYPD police officers were caught having sex inside a car after residents heard loud screams from the female cop, according to a new report.

Around 1:30 a.m. on Tuesday, Brooklyn residents called 911 to voice concern over screams from a woman. The noises were allegedly coming from a parking lot near the 79th Precinct in Bedford-Stuyvesant – where police officers park their personal cars. The caller informed the dispatcher that he “can’t see which color vehicle it is coming from,” according to the police report.

The New York Post reported, “Two other officers then came out of the precinct to investigate and found the cops, a man and a woman, who, according to sources, were partially naked and pulling on their clothing, in a car in the lot on Greene Avenue near Tompkins Avenue.”

The outlet cited an insider source at the police precinct. “The cops, who are also partners on the job, are said to have been having an ongoing affair — one that became well known in the precinct after the man’s wife found out and ‘created havoc’ at the station house last summer.”

However, no action was taken against the officers, according to the source. Instead, the two officers were reportedly “partnered up, riding in the same sector” a few months ago. The female officer reportedly joined the force in 2021, and the male cop has been with the New York Police Department since 2018.

The insider claimed that the responding officers did not activate their body cameras when investigating the report of the loud sex. The New York Post noted that it is NYPD policy to turn on the body cameras “for that type of call.”

According to Fox News, “It is not known if the cops, who both denied having sex, were disciplined.”

None of the officers involved in the alleged sex scandal have been placed on modified duty.

Earlier this month, several Tennessee police officers were fired and suspended over a sex scandal.

There were accusations of a “Girls Gone Wild” hot tub party, sexting nude photos, and sex on police property.

Hunter Biden asks DOJ to investigate Rudy Giuliani and other Trump allies for disseminating his laptop data
Hunter Biden’s Attorney Today Says that They Did Not Say that Laptop Was Hunter’s
AOC Is Right About Something… And It Should Terrify You
Police arrest Seattle-area pastor for allegedly dealing drugs, including fentanyl, cocaine, and meth
Ohio high school abruptly cancels popular musical citing ‘vulgarity’ of dialogue, lyrics